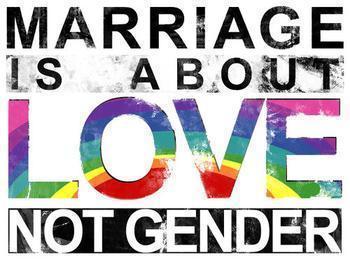 When people think of gay rights they think that homo­sexual people want to have special rights, rights that heterosexuals do not have, but this idea is entirely wrong. Homosexuals just want to have the same rights as heterosexuals, nothing more, and nothing less. Homosexuals are a growing minority with nearly a million gays and lesbi­ans identifying themselves as members of same-sex couples in the 2000 census. But the total gay population is much larger, since the census didn’t provide an opportunity for single homosexuals to identify their sexual orientation, and didn’t count gay couples who live apart (Mason 1). There are no legiti­mate reasons why homosexuals should not have the same rights as heterosexuals. Our country disgraces itself when it “[…] accepts homosexuality as a sufficient cause for depri­vation of normal civil rights […]” (Nava, Dawidoff). If a ho­mosexual is United States citizen, they should receive the same rights as all other citizens, regardless of their sexual orienta­tion. Gay men and lesbians deserve the right to marry, to not be discriminated against, and to be in the military.

Marriage is ever changing. Wives are now equal rather than subordinate partners; interracial marriage is now widely accepted; and marital failure itself, rather than the fault of one partner, may be grounds for a divorce (Stoddard 32). With all of these changes would it not be accurate to say that legal­izing and recognizing same-sex marriages is the next step? Marriage is more than a commitment to love one another. “Aside from societal and religious conventions, marriage entails legally imposed financial responsibility and legally authorized financial benefits. Marriage provides automatic legal protections for the spouse, including medical visitation, succession of a deceased spouse’s property, as well as pen­sion and other rights” (Stoddard 41). Same-sex couples do not want to get married to rub it in homosexual couples faces, they want to do it in order to be recognized by their country; they would like to be accepted. Homosexual couples will love each other whether they are married or not, so stopping those from being able to marry will not make them disappear. If anything, homosexuals will be more outspoken because they want to feel like they belong in the United States. Many ar­gue that marriage is a religious ceremony, but that is only true if a person wishes to make it religious.

According to the constitution, marriage does not have to be between a male and a female. The essence of the constitu­tion’s statements on marriage is that”[…] intimate associa­tion of consenting adults who want to share their lives and commitment with each other and that same-sex couples have just as much intimacy and need for marital privacy as hetero-

sexual couples; and any laws allowing heterosexual, but not same-sex, couples to marry infringes upon and discriminate against their fundamental right” (Stoddard 34). More recently, a 1967 the Supreme Court announced, “Marriage is one of the most basic civil rights of man…essential to the pursuit of happiness” (Stoddard 52). Men and women alike all want to reach happiness and our country may be keeping homosexu­als to reach this state of mind because some people do not deem it necessary for same-sex couples to marry. Letting ho­mosexuals marry will not hinder our society in any way, Eu­ropean countries that have legalized same-sex marriages have not seen any changes in their countries other than feeling more unified. If the government allows homosexuals to marry each other, our country will be taking a little step towards the fu­ture.

By definition, a patriotic American does not have to be heterosexual, so realistically there should be no ban on gay men and lesbians in the armed forces. It is unfair to not let homosexuals fight for our country if they so choose, not let­ting them fight seems to be giving them a special right too. It is accurate to say that the people that oppose homosexuals in the military do not intend for them to have a special right, but that is exactly what is occurring. Is it just to tell homosexuals in the military that”[…] you can give your life for your coun­try, but you can’t live your life in your country” (Nava, Dawidoff)?

People are judged and discriminated against because they are different, but that does not make it correct. The only dif­ference between homosexuals and heterosexuals are the peo­ple they are attracted to, something that cannot be changed. But people that discriminate do not share this view. As more homosexuals are “coming out of the closet”, hate crimes against homosexuals are also increasing. Hate crimes against homosexuals are up about 260% from 1988 to 1996; these numbers are still underestimates because not everyone reports a crime (Jackson, 1). According to a different study, 14% of the crimes not reported to the police because “[…] the vic­tims feared more harm from the police,, (Nava, Dawidoff). Homosexuals are more likely to suffer violent attacks com­pared to any other group; six times more likely than Jews or Hispanics and two times more than blacks. Gay men and women seem to becoming the new minority that the majority victimizes. “The labeling of gays as sexually degenerate and unnatural is the same kind of labeling that has always been used to justify the denial of rights to individuals belonging to ‘minority’ communities” (Nava, Dawidoff). According to a 1989 survey done by Benjamin Jackson, 45% of lesbians and 29% of gay men had suffered through at least one violent attack.

Why are homosexuals observed as “aliens”? They are still humans with just one minor difference, whom they are attracted to. Our government helps point out homosexuals’ differences by continuingly denying basic civil righte to les­bian and gay Americans, which in turn “[…] sends the mes­sage that their lives are less valuable than the lives of heterosexuals” (Nava, Dawidoff). There is no evidence to prove that a homosexual’s life is less valuable than a hetero­sexual’s life, because it is not true. We are all humans, the only difference being who we sexually love; is that really something to hate someone for?

Homosexuality will not vanish if they do not get the rights they deserve; it will just make them more adamant about the justice they ought to have. “People have always engaged in homosexual practices, with or without the sanction of family, church, and state” (Nava, Dawidoff). Gay men and lesbians warrant the same rights as heterosexuals because we are all humans, the only difference being in whom we want to spend the rest of our lives with. Because there is only one differ­ence, homosexuals should not be treated as outcasts in soci­ety. Also, the military should not be able to ban people that are different. Our country is supposed to support and pro­mote diversity, not hinder it. Same-sex marriage should be legalized because there is no law stating it is illegal, but 48 states, all but Vermont and Hawaii, will not acknowledge a gay marriage. If a homosexual is United States citizen, they should receive the same rights as all other citizens, regard­less of their sexual orientation. Gay men and lesbians deserve the right to marry, to not be discriminated against, and to be in the military. Does it seem fair to keep all homosexuals from what they justly deserve?