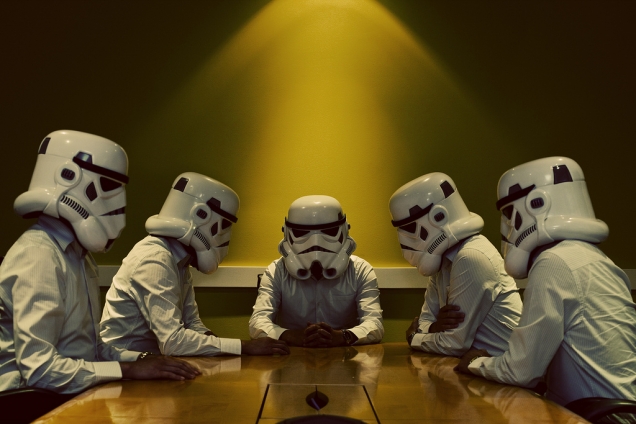 The fundamental purposes of law enforcement are the serve and protect the individuals of society. Rough treatment is often times afflicted upon unruly citizens as an alternative reform of discipline. Police abuse remains one of the most serious and divisive human rights violations of today. The secrecy, stress, and dangers of police work leads to an insular and close-knit occupational culture that results in a strong distinction between members of the police and society. An in-depth investigation on police brutalization and its causes of corrupting within the 1991 beating of Rodney King is evalu­ated by means of the credibility within the rights of citizens in Canada and the United States, the effects from prejudice affliction, and the societal disparagement on morals of the cultures in policing.

Corruption is both a result and cause of the separation of the police from society. The isolation of the police can lead to a divergence of the values of law enforcement officials from those that the rest of society professes to uphold. The early morning of March 3, 1991 illustrates the horrific crime in Los Angeles, California. Several California Highway Pa­trol cruisers chase Rodney King, a robbery parolee, speeding over 110 miles per hour down the Los Angeles strip. King, an African American, is eventually forced to stop after running through several red lights at intersections. As the other two passengers of the car complies with police requests to exit the car and are subdued with minor resistance, King refuses to exit the car, thus a beating is administered by three Cauca­sian officers at the order of their sergeant who is on the scene. He is subsequently stricken over 56 times by wielding PR 24 metal batons, kicked at least 6 times, and shot twice with a Taser electronic stun gun, holding over 50,000 volts of elec­tricity per shot. Additionally, twenty-three other officers stand watching on the scene in which none made effort or sugges­tion to stop the crude combat. Consequently, King suffers extensive injuries including skull fractures, broken bones, and nerve damage to his face and body. Meanwhile, George Holiday, one of the several civilian by-standees awaken by noises of the police helicopter and sirens, videotapes the initial beat­ing from his nearby apartment. Twelve days later, the three police officers involved in the beating, as well as their ser­geant, are charged with assault by force likely to produce great bodily injury and a deadly weapon, along with several other charges. All are indicted by a grand jury.

Fundamentally, under the United States Constitution section 242, the officers violate the federal constitutional rights of Rodney King by willfully using unreasonable force against him in arresting him. Likewise, King’s rights are violated by the sergeant who willfully permits the three other officers to unlawfully assault him, therefore depriving him of his right to be kept free from harm while in official custody. Similarly, as a Canadian citizen, one violates the legal rights of the Ca­nadian Charter of Rights and Freedoms section 8 of search and seizure whereas everyone has the right to be secure against unreasonable search or seizure (Canadian Charter of Rights and Freedoms, 2002). Obviously in this case, King is not granted the freedom to be secured when he is being arrested. Therefore, the police officers obstructed justice process and contribute to further injustice done to the victim. Moreover, given the extensive pre-trial publicity surrounding the case and that the defendants’ being law enforcement officials, they have caused a high level of indignation and outrage. There­fore, the accused sought to obtain a change of venue for the trial to a county other than Los Angeles County. Consequently, the trial site was Simi Valley in Ventura County, a predomi­nantly white, middle-class, and conservative community 35 miles from downtown Los Angeles. Generally, out of the lo­cal media market. The jury comprises of ten white persons, one Hispanic person, and one Asian person, with no African Americans. Whereas, the jury renders its verdicts, finding the accused not guilty of all charges. The Independent Commis­sion on the Los Angeles Police Department came out three months later documenting the systematic use of excessive force and racial harassment in the LAPD. If the beating was not purely racial, it still reflects negatively upon the LAPD.

The police work was terribly negligent.

Corruption within a moral perversion of any policing
must not be tolerated. The persistent misconduct of law enforcement official’s affects public trust in the police force, and
in turn, imperative that the system be reformed to prevent
human rights violations. The King case contributes to a de-
creased level of respect for law enforcement officials. The
publicity of the case draws outrage from Paris to Tokyo, as
everyone sees the repeatedly eighty-one second video foot-
age of the beating on the news. The hugely controversial case
is hurting Los Angeles. There is potential trouble waiting to
explode once the verdict claimed the acquittal of the officers.
Most are angry mainly because the officers deprive Rodney
King his right to be safe from the intentional use of unreason-
able force. Then, as an epic beginning is the worst civil disturbance in American history. On April 29, violence erupts
on the streets of Los Angeles after the verdict reaches the
streets. The acquitted case initiates fierce rioting in Los Angeles as a response to the verdict. For three days, outbreaks
of looting, major vandalism, and beatings sweep through the
city. By the time the police and National Guard takes control
of the situation, fifty-four people are dead, 500 extreme fires
are set, and 4,500 stores are destroyed intensively. Total dam-
ages reach more than $1 billion. More than 3,000 people are
arrested, 40 percent of which are African American (“Emergency Net News SVC”, 1992).

This illustrates the rife of police collusion and negative consequences of corrupt acts which foster impunity. Corrupt officer and citizen relations’ influences police perception of their relationship with the rest of society. Many students of police culture have noted an “us vs. them” mind set being common among law enforcement officials. Such a distinc­tion often entails some officers seeing the public as a source of trouble or even the enemy, and thus isolating themselves and their peers from the rest of society. The division may be further entrenched by a perception on the part of some offic­ers of public animosity towards the police. Every instance of corruption is further reinforces the distance between societies and the police by increasing public hostility and distrust to­wards the police.

Policing is an extremely emotional occupation and it is difficult for officers not to involve personally in their work. They are not merely human forms of robots, firing their guns arbitrarily with a complete lack of sense or emotion. No mat­ter what type of activities police officers are involved in, they are often required to use force to rectify certain situations, thus this primary discrepancy is difficult to distinguish be­tween what is required and what is excessive force. As long as police officers play by the rules of their peer group and the public continues to negatively label them, any rapprochement between the two is unlikely. Fundamentally, police officers rely primarily on instinct and as long as their basic intention is to promote good and not evil while citizens need to trust that the instincts of an officer are generally correct.