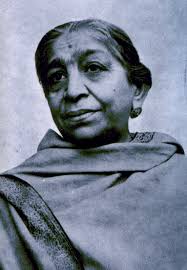 “Oh, we want a new breed of men before India can be cleansed of her disease. We want deeper sincerity of motive, a greater courage in speech and earnestness in action. We want men who love this country and are full of yearning to serve and succor their brothers and not to further aid in their degradation by insincerity and self-seeking. 0 how I hate shams and prejudices; how 1 hate all sectarian narrowness, all provincial limitations of vision and purpose, all the arrogant sophistries of man-made divisions and differences; how tired 1 am to death of the reiterated resolutions that have become almost meaningless by lip repetition; uncorroborated by the heart’s conviction and unsustained by practical action—all this stirs me more deeply just now because of the coming national week. What a week of inspiration it should be to all partaking in the various activities, if only all those activities could be so co-ordinated and realized as intrinsic parts of the same many-sided work of progress; the radii of one unshifting centre.” Excerpt from a letter written by Sarojini Naidu to Mr. Gokhale.”

Known as ‘cuckoo’ of India, Sarojini Devi was a distinguished poet, renowned freedom fighter and one of the great orators of her time. Sarojini Naidu was among the most visible leaders of Pre-Independent India. President of the Indian National Congress and the first woman governor of free India, she was a passionate advocate for India, avidly mobilizing support for Indian Independence abroad.

Sarojini Chattopadhyay was born in Hyderabad on 13th February, 1879 and was the eldest of a large family, all of whom were taught English at an early age.

At the age of twelve she passed the Matriculation of the Madras University, and awoke to find herself famous throughout India. Before she was fifteen the great struggle of her life began. Dr Govindurajulu Naidu, later on, became her husband, though of an old and honourable Brahmin family. The difference of caste roused an equal opposition, not only on the side of her family, but also of his, and in 1895, she was sent to England against her will with a special scholarship from the Nizam. She remained in England, with an interval of travel to Italy, till 1898, studying first at King’s College, London, then, till her health again broke down, at Girton. She returned to Hyderabad in September 1898.

During her stay in England, she met Arthur Symons, a poet and critic. They even corresponded after her return to India. He persuaded her to publish some of her poems as The Golden Threshold. Her collection of poems was published in 1905, under the title ‘Golden Threshold’. After that, she published two other collections of poems ‘The Bird of Time’ and ‘The Broken Wings’.

In 1918, ‘Feast of Youth’ was published. Later, ‘The Magic Tree’, “The Wizard Mask” and “A Treasury of Poems” were published. Mahashree Arvind, Rabindranath Tagore and Jawaharlal Nehru were among the thousands of admirers of her work. She wrote the poems in English, but all reflect hers Indian soul. Her ability to sing charmingly fetched the title ‘Nightingale of India’.

In 1916, she met Mahatma Gandhi and a change percolated in her. She stepped into active politics. After that she totally directed her energy to the fight for freedom. She took up the cause of the indigo workers of Champaran. She roamed around the country like a general of an army and poured enthusiasm among the hearts of Indians. The independence of India became the heart and soul of her work. She was responsible for awakening the women of India. She brought them out of the kitchen. She travelled from state-to-state, city after city and asked for the rights of the women. She re-established self-esteem in the hearts of the women of India.

Sarojini actively campaigned for the Montagu-Chelmsford Reforms, the Khilafat issue, the Rowlatt Act, the Sabarmati Pact, the Satyagraha Pledge and the Civil Disobedience Movement. In 1919, she went to England as a member of the All-India Home Rule Deputation. After 1920, she toured widely as the President of the Bombay Provincial Congress Committee, opposed Council entry in Calcutta and protested against the anti-Moplah measures in Calicut.

From 1922-26, she espoused the cause of Indians in South Africa. She took part in the Salt Satyagraha and the Round Table Conference in London and campaigned for participation of women and youth in the public life. She organized a National Week in 1940, rallied against the Cripps Mission to India and was jailed in 1942, for the Quit India Resolution of the AICC in Bombay.

She was the first woman Governor of UP. Her President ship of the Asian Relations Conference in 1947 was remarkable. At the age of seventy, on 2nd March, 1949, she died in office in Lucknow.