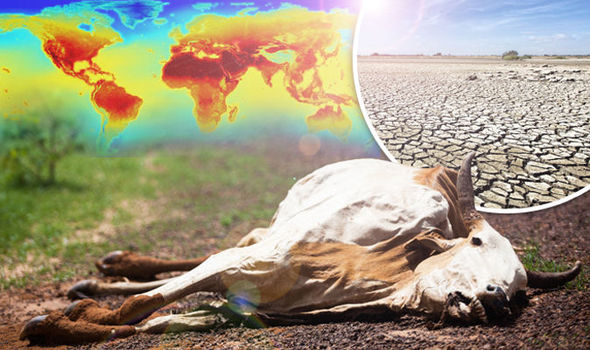 Essay about GLOBAL WARMING – WHAT INDIA SHOULD DO?

GLOBAL WARMING – WHAT INDIA SHOULD DO?

The Sizzling summer has been a harsh reminder that there is urgent need to cool things down. Leaders of the developed nations of the G-8 did just that on June 8 in Germany. But having invited the emerging economies of the G-5 (Brazil, China, India, Russia and South Africa) to join them in con­sultation, the Big Eight showed their contempt for the proc­ess by unilaterally putting out a press release on June 8 of what purported to be an agreement.  It was to be reached at the G8-G5 meet the following day! The G-8 meet called for a 50 per cent reduction in greenhouse gas emissions by 2050 but also heard a homily from Bush to the effect that “nothing is going to happen in terms of substantial reductions unless China and India participate in reducing greenhouse gases”. This is from the leader of a nation responsible for emitting 24 per cent of annual global warming gases.

The G-5 was not amused and Brazil has called for sepa­rate annual summits of these nations to concert action on matters of concern to them. It is their argument that while they are as anxious as the rest to arrest global warming, this cannot be done at the cost of development and by perpetuat­ing poverty. They are seeking to take such measures as they can to adopt clean energy, but need the technologies and as­sistance to do so. Simultaneously, Third World agriculture, on which so large a part of their employment and incomes depend, cannot be undermined by cheap imports from the West, which hugely subsidizes its own farmers

China has announced an action plan to boost its 2005-level of energy efficiency by 20 per cent by 2010 by adopting energy saving technologies, enhancing use of renewable and planting more trees. India too has not been idle and is seeking to adopt cleaner technologies, switch to renewable like bio-fuels, encourage conservation and improve energy efficiency. As part of this drive, it has announced an R&D target to achieve a significant shift to hydrogen energy by 2020, espe­cially for vehicles.

These are all welcome measures and constitute no more than a beginning. Simple things like more efficient stoves and substituting fluorescent tubes for the familiar filament bulbs for lighting can conserve a good deal of energy. Day­light saving by time zoning is once again being mooted. Many forget that at the time of Independence, India had four time zones: “(tea) garden time” in Assam, Railway time in Cal­cutta (24 minutes ahead of I ST), Indian Standard Time and, if memory serves right, Karachi time in the west. A 60 to 75 or 90 minute differential across India’s 2500 km latitudinal width should not cause any confusion, People are likely to get used to it much sooner than it took to adjust to the changeover from the foot-pound to the decimal system.

Other matters too need to be addressed, including so called lifestyle issues. Part of India’s current industrial growth is being driven by the automobile/truck and two-wheeler boom. Connectivity is of course important and vehicles and roads are an economic and social necessity. Vehicle manu­facturing capacities are being rapidly expanded. There is, however, a flip side to this.

What kind of transportation are we encouraging? Smaller cars or larger sedans and SUVs? Even more personal trans­port – often as a status symbol – or buses, mass transit systems and other forms of public transport? These carry more pas­sengers per unit of energy consumed and use less road and parking space, which pose their own problems, some of them with an energy component as well.

There is nothing infra dig about riding a bus if it is not over-crowded, clean, regular, and convenient. Many today enjoy transiting by the Metro in Delhi as it is quick, comfort­able, cheap and an altogether pleasant experience. Delhi, again, used to be a city of bicycles. No more. This is partly because distances have grown phenomenally. But more than that, the roads have become terribly congested, traffic rules are not observed, there are no reserved cycle tracks and, in­deed, the local authorities have done their best to make sidewalks pedestrian and cyclist-unfriendly while corers of rupees are wasted annually on “beautification” and useless “must spend by March 31” activity.

Likewise, suburban trains, fast trains and comfortable buses to dormitory townships and for longer inter-city travel (especially overnight), inland water transport: and coastal transport could make a world of difference to commuting short and longer distances, and goods transportation. It seems ri­diculous to fly from Delhi to Jaipur, Agra or Chandigarh if one can get to those places in less than two hours by a super-fast bullet train. Of course, these systems and improvements will call for investments. But the costs are likely to be less than that, of a business-as- usual trajectory while the savings, individual and social, are likely to be far greater.

This is not to suggest that cars and airlines need to be barred, but that dependence on them can be brought down without loss of efficiency. Given the spread of internet and the work-at-home and flexi-hour options these offer, there appears to be much room for innovation. With this, city de­signs and architecture too could change to become more ener­gy efficient.

This appears the way that India must travel. This will not be achieved in a day but piece by piece and through sys­tem-building. It can be done. India must do whatever it can energetically, to combat global warming.