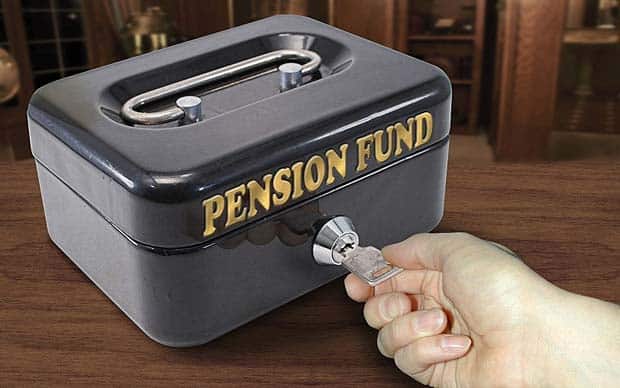 At present any arrangement that builds up assets for old age income is termed as ‘pension’. Globally, the regulations of some major pension arrangements do not provide for annuitisation.

Even the PFRDA Bill, 2005, in Chapter III, ‘Extent and Application’, has specified that when enacted, the PFRDA Act will apply to the New Pension System (NPS) and any other pension scheme not regulated by any other enactment and will not, inter alia, apply to schemes or funds under Em­ployee Provident Fund and Miscellaneous Provisions Act, Coal Mines PF and Misc Provisions Act, Seamens PF Act, Assam Tea Plantations Provident Fund and Pension Fund Scheme Act and J & K EPF Act.

In the present Indian social and economic environment, providing for old age income, till a few years ago, was not a concern for the average Indian and consequently less than ten per cent of those above 60 currently have the benefit of old age income.

It may be useful here to give an overview of pension arrangements available in India before going into their cur­rent status and issues.

Though the pension arrangement for government em­ployees recruited before January 1, 2004, is based on intergenerational transfers (Pay-as-you-go) and is not funded, it is covered here because it had a significant influence on the development of pension arrangements in India.

The low interest rate regime is one of the causes of de­cline in defined benefit pension. Initially, the pension was related to career average salary, a relatively less onerous propo­sition.

Defined benefit pensions, and in particular final salary pensions, emerged between 1950s and 1970s when economic environment was relatively stable and estimates of life ex­pectancy were much lower than today, and when uncertain­ties in life expectancy were not well understood.

Another not very widely known fact is that, in many ju­risdictions, the trustees, even in defined benefit pension, had discretion to vary benefits in line with fund performance.

Longevity in India is increasing much faster than in de­veloped countries. In 2004-05, expectation of life at birth was 63.9 years for males and 66.9 years for females with expecta­tion of life at 60 reaching almost 19 years. This statistics is for the general population, and for pensioners, an elite group, it is expected to be better. In fact, expectation of life of occu­pational pensioners at age 60 as per LIC (1996-98) mortality was 22.5 years and will be almost 25 years by now.

Government pension for those who joined prior to Janu­ary 1, 2004 is final salary, index linked and non-contributory and is financed by the government on pay-as-you go basis. Up to one-third of the pension is commutable and the commuted pension is restored after 15 years from retirement.

The dependency ratio, the ratio of retirees to working employees – is rapidly increasing for government employees. This has forced a rethink on pensions.

The Government has moved the post December 31, 2003 employees to defined contribution pension; with the govern­ment and employees both contributing 10 per cent each. Cur­rently, the employee’s contribution is credited to the public account of the Government, which allows interest at 8 per cent on the accumulations.

Sixteen State governments have also moved their new employees to defined contribution pension and allow interest on accumulations at a rate decided by them.

When the PFRDA is set up by an Act of Parliament, these funds will be entrusted to the pension fund managers licensed by the PFRDA and will be part of the New Pension System (NPS).

In the current demographic and economic environment, the cost of providing defined benefit pension to a new entrant aged 25 to government service will be about 21 per cent of salary, excluding the cost of restoration of commuted pen­sion. In this context, 20 per cent contribution, 10 per cent by employees and 10 per cent by the government, should secure a decent pension for the new employees. Though, the retire­ment benefits of the post December 31, 2003 employees are not comparable to those of earlier employees.

The new pension system (NPS) is based on defined con­tribution individual retirement account pension with univer­sal access. The pension money will be managed by pension fund managers licensed by the PFRDA.

While the structure of the NPS is available in the public domain, the details are not. The critical factors for success of a scheme like NPS are cost structure, distribution and invest­ment default option. In this type of pension, cost has great influence on returns to the subscribers.

For the stakeholder pension in the U.K., initially the ceil­ing on expenses was one per cent of assets under manage­ment, which has now been raised to 1.5 Per cent.

The Lord Turner Commission set up by the government has recommended an expense ceiling of 0.3 per cent of assets under management for the National Pensions Saving Scheme recommended by it. Such a low ceiling on expenses is possi­ble in the U.K. environment because many pension providers do not offer any commission on sale to intermediaries who sell the pension products in the expectation that the clients will engage them for advice.

Distribution compensation must be carefully designed to provide sufficient incentive for the intermediaries. Perhaps the banc assurance channel will be the most effective.

The default investment option has to be carefully de­signed as most people are reluctant to make a choice in asset allocation and prefer the default option.

The experience of OECD countries is that 80 per cent of the subscribers prefer the default option. Maybe, a lifestyle fund could be a useful default option.

The roles of administrator and supervisor are combined in the EPFO, which is not a desirable feature from the gov­ernance perspective. The two roles need to be separated. The prescribed investment pattern is the same for both funds but exempt funds do take advantage of the option for investing up to 5 per cent of net’ accretions in equities.

The record keeping and investment management of funds managed by the EPFO need focused attention to ensure that subscribers get better returns and service.

The EPFO covers establishments in 181 industries hav­ing twenty or more employees. This leaves many salaried workers outside the coverage of EPF.

According to the first report of the OASIS committee, released in February 1999, there were 13 million salaried workers who did not have access to any vehicle for building up retirement benefits. The Government is now considering widening of the EPF coverage by extending the benefit to more industries and bringing down the minimum number of employees working in an establishment for coverage from twenty to ten.

After protracted negotiations, in 1994, the Government conceded the demand by diverting employers’ contribution to PF to finance index linked final salary pension.

While the cost of providing pension benefit similar to that received by government employees, excluding the cost of restoration of commuted pension, to a new entrant aged 25 is currently about 21 per cent, which could have been about 18 per cent in the mid-Nineties, the average age of PSU bank and insurance employees, when the scheme started, would have been higher and the cost of providing pension to these must have been much higher. Further, the PF accumulations must have been inadequate to provide for past service pen­sion cost, causing a deficit in the fund right on the first day. While the pension funds of PSU insurers are required to buy annuities from LIC, the bank employee pension fund pays the pension itself, thus carrying the longevity risk.

This scheme was set up in 1995 by diverting 8.33 per cent of the employer contribution to PF to EPS 95 with the government contributing 1.17 per cent or 9.5 per cent in all.

The major issue to be addressed is the underfunding of EPS 95. In respect of occupational pensions, including PSU pensions, the Accounting Standards require a certificate from an actuary that the contribution made by an employer in an accounting year is sufficient to meet the cost of liabilities accrued during the accounting year. If it is not, the shortage is a charge on the employer’s P & L account. In respect of EPS 95, the employer’s liability ceases after he has made the re­quired PF contribution and the underfunding in EPS 95 will fall on the EPFO needing budgetary support.

As has been reported, based on the actuarial valuation of EPS 95, the fund is already grossly underfunded. The un­derfunding may worsen in future with increasing longevity and if interest rates remain low or decline further.

Furthermore, if there is political pressure on the Gov­ernment to extend the benefit beyond the current salary ceil­ing of Rs. 6,500 a month, the underfunding will worsen fur­ther.

It is inevitable that either the Government finds addi­tional resources to bridge the current deficit and give bud­getary support for future deficits or employees have to settle for lower benefits. Therefore, there is an urgent need to ad­dress these issues.

Occupational pensions are set up under the provisions of Part B of the Fourth Schedule of the Income tax Act, 1961 and the Commissioners of Income Tax are envisaged to moni­tor that the funds adhere to the prescribed investment pattern.

The Income Tax Rules provide two options to the trus­tees, either to manage the assets of pension fund themselves or to enter into an arrangement with a life insurer.

These occupational pension funds are not regulated or supervised by any regulatory authority, except the monitor­ing by the tax authorities to see that the prescribed invest­ment pattern is followed by these funds. The other aspects are left to the auditors and actuaries.

No discussion on pensions will be complete without ref­erence to the reforms process initiated in the country. Any reform initiative should aim at reduction in the unfunded pen­sion liability, reduction in the role of the state as a pension provider except to the lifetime poor, better return and better service to subscribers and increased pension coverage.

As part of the reforms initiative, the Government had constituted an expert committee under its project Old Age Income and Social Security (OASIS). The committee in its first report released in February 1999 reviewed the existing vehicles for building up assets for old age income and in its second report released in January 2000 recommended intro­duction of defined contribution fully funded individual, re­tirement accounts pension with universal access and fund management entrusted to private fund managers.

After extensive public debate, the Government accepted the recommendations and decided to introduce (NPS) based on the pension model recommended by the OASIS commit­tee and set up the Pension Fund Regulatory and Development Authority by an executive order.

For lack of political consensus, the PFRDA Bill 2005 is held up, but the reforms process has commenced and is con­tinuing. The Central Government and sixteen State govern­ments have moved their new employees recruited from Janu­ary 1, 2004, to the NPS, thus arresting growth in the unfunded pension liability.

The Government has also advised the public sector units to move their new employees to the NPS, as the underfunded liability, if not attended to, will require budgetary support, thus expanding the role of the government as pension pro­vider. Reforms have been initiated in the investment and administration of provident funds and investment of pension funds, which will, over a period, lead to better returns and better service to subscribers.

The government is also having fresh thoughts on wider PF coverage by increasing the number of eligible industries and reducing the prescribed minimum number of employees. The pension providers are also offering some simple pension products for extending coverage. The process may be slow but the initiatives are in the right direction. Hopefully, politi­cal consensus on the PFRDA Bill will be reached soon and the PFRDA Act when enacted will strengthen and consoli­date this process.