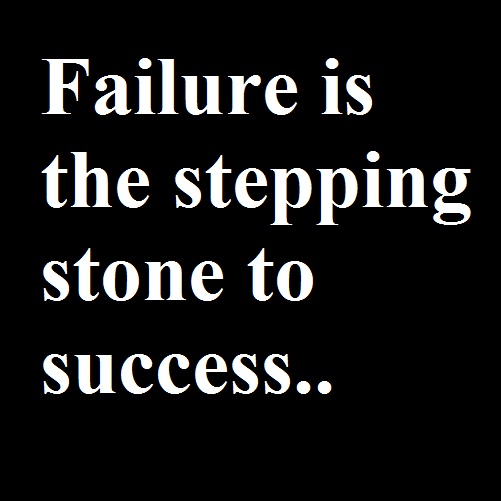 English proverbs – Failure is the stepping stone to success 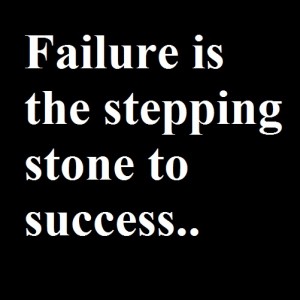 Life is a long journey. One has to face many ups and downs while going through the journey of life. One can meet several obstacles on the way, but one should not be disheartened. All of us experience failures in life in one way or the other. Pupils fail in examination. Great leaders, statesmen, generals, scientists, writers and soldiers all have to drink the bitter cup of failure. One should not lose heart when failure comes. Failures in our lives are very important because they teach us new lessons every time. These failures make us bold and encourage us to get success. There are some people who give way to despair when failure comes. They lose faith in themselves and sit and sigh. There are others who rebound like the rubber ball after each fall, one should find out the real cause for his failure and be ready to fight again and win. If he is confident and optimistic, he can make his failures may turn success. Failure produces in man zeal and zest. Without failure, man becomes easy-going and self-satisfied. He gives up effort and becomes stagnant. Greatness is achieved only by meeting failures. Robert Bruce failed to free his country in spite of the several efforts he had made, but he succeeded in the end. Einstein was an utter failure in his early life, but he became the greatest scientist of the world. It is failure alone that brings out the greatness in man. Thus failure is a stepping stone to success.