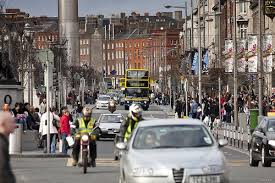 ESSAY TOPICS ON LIFE IN A BIG CITY

LIFE IN A BIG CITY

Life in a big city is full of fun and frolic, full of hazards and full of dullness too. For many it is rather a hell. The people living on the sea beaches in Mumbai and Chennai in the palacious buildings in Anna Salai or in the posh South Delhi are enjoy all the facilities as they are rich. They have their own means of transport. The bungalows or the palacious flats have all the facilities of electric appliances, computerized systems, and latest gadgets for the housewife and electronic toys for the children. They control big industries and business houses. They have the satisfaction of controlling the fate of thousands of people working in their establishments. Of course they are big producers too and can be proud of increasing the national wealth. They are close to political leaders. They can influence them. In some countries, including India, these preferential people own the media too. The big cities move and guide the politics throughout the country influencing even the democratic process through money power.

For the middle classes too who can afford to rub shoulders with people in the massive transport system a big city satisfies their needs quite reasonably. They enjoy the professional and employment opportunities in these beehives of business concerns and government establishments. The upper middle class people like medical practitioners, advocates, Chartered Accountants, Business consultants, Scientists, higher echelons in the field of education and research and small scale entrepreneurs including people working in the expanding media enjoy life in big city. They enjoy the opportunities and aspire to be at par with the rich some day. They too establish their contacts in a big way. They live in a bit less palacious premises.

Life for the lower middle class people who, most probably, share the largest group of people in a big city is not as easy going as that of the other two groups. Their houses are humble abodes either in the crowded old city localities or in the far off colonies and suburbs. Like their brethren in the other groups they too aspire for better education for their children, better life, better employment and better enjoyable life. For all this they and their off springs face the music. They have to stand in long queues for buses or for tickets in suburban trains. They and their children face the agony of having problems at any step. They, of course have good sources of enjoyment- cinema halls, parks, museums, restaurants, sea beach. But it is only the week end when they can afford to have fancy for them if their pocket allows it. 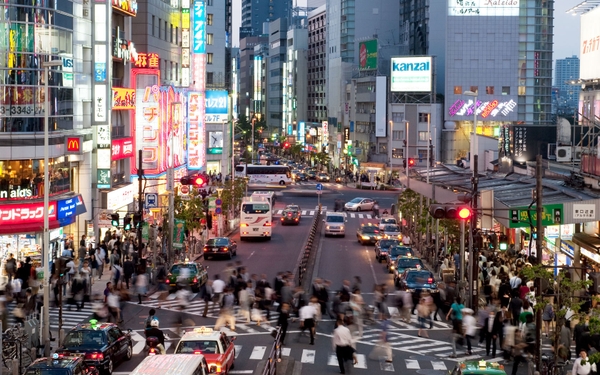 It is only the last category of the poor who live side by side these three- both in heaven and hell in big cities. Most of them migrate to a big city. It is heaven for them for it provides them work that they don’t have in their cities and villages. The big city, for living conditions, is rather a hell for them. Most of them live in very small tenements or in slums. There are hundreds of slums in big cities. The atmosphere is gloomy as their lives are. They experience all the inconveniences. There are mafias who govern the slums they undergo sexual and violent assaults. The children can hardly get any education. Most of them work in roadside restaurants and establishments. Medical facilities are beyond their reach. Many of them are drug addicts. They too of course enjoy pictures, television and such sources of enjoyment. But they are easy prey to venereal diseases. AIDS has been entering these slums in a big way. Well! One wonders whether people live in heaven or hell in big cities. In one aspect all are equal- all are engulfed with pure materialism that eats into their flesh.