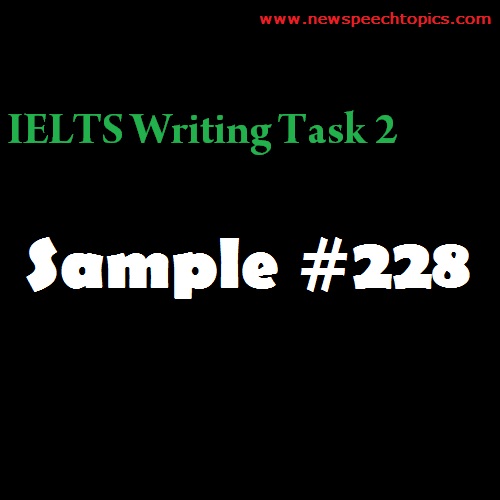 Nowadays some individuals behave in an anti-society way, such as committing a crime. In general, it is the society to blame. What causes the anti-social behaviors of individuals? Who should be responsible for dealing with it?

It is unfortunate that in the midst of vast progress in every field of life there is also a growth in the anti-social behavior. People commit crimes and have become less respectful of each other. In the following paragraphs, I shall analyze some causes of this phenomenon and suggest some ways forward.

Today we live in an era of technology in which the whole Earth has shrunk and become a global village. Everybody is connected to everybody through telephone lines and the internet but the warmth of relationships has taken a back seat. Most people have more than enough wealth, comfort and freedom but their hearts desire even more. To satisfy their hearts greedy people choose unethical means such as committing petty and serious crimes. People have become selfish, isolated and indifferent and do not think twice before doing anything wrong. Each person is busy in his own quest for more.

The changing family structure is another big cause of this phenomenon. Earlier, people lived in joint families and the grandparents were there to supervise the children. Now there are nuclear families in which both parents go out to work and children are left unattended in the hands of pervasive media like the TV and the internet. No one monitors what they watch and they see the programs full of violence and crime which makes them anti social. The pressure of consumerist society and peers also breeds anti social behavior. Finally, unemployment is a cause of this phenomenon. The youth have a lot of energy and if it is not harnessed in the right direction can make them go astray and commit crimes. Therefore, it is essential that they don’t suffer from the menace of unemployment.

The individuals themselves, the society and the governments should deal with this situation together. There are many solutions to this problem. To begin with, people have to learn to strike a balance between work and family life. Government should also fix the maximum hours a worker can work per week so that exploitation is not there in the job market. People should revert back to the old joint family system. This would be in the benefit of all. The children would learn moral values and the elderly would be well looked after. Negative effects of excessive consumerism should be taught to the people. More and more employment opportunities should be created for the unemployed youth. Self employment can also be encourages.

In conclusion, I believe that, anti social behavior and mutual lack of respect in today’s times can be dealt with by taking simple measures and individuals and governments should collectively take these steps.