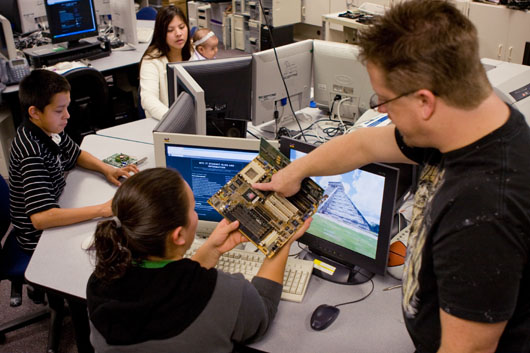 The education system introduced by Lord Macaulay is deeply rooted in the Indian psyche. The Britishers introduced a system that would provide them clerks and officers to run their government. Formal education in Arts becomes popular. A degree would provide a job. It used to be a government job. It was something like a morsel thrown by the master. But as the vision widened people started thinking of something else too. Moreover the government could not provide jobs to all who had academic qualifications. The first to think over it was Mahatma Gandhi. He gave the task to Dr.Zakir Hussain. The scheme was drawn and an experiment was done by Wardha. Even the British authorities were impressed by the scheme. It was introduced in the primary section in many states. The children would make clay model, wooden toys, draw paintings and do a little of kitchen farming too. 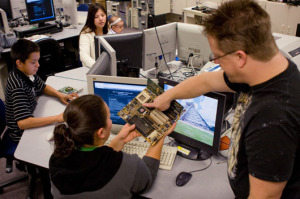 Importance of Professional Education in School

This all proved a farce. The toys and models were prepared by others and showed against the names of students. Moreover parents in cities did not like their children coming back from school in dirty clothes. The ideal of learning handicrafts did not pick up. The educationalists fell back on the formal education.

With the rise in population academicians, parents, the government all were worried. They were impressed by the introduction of professional and technical courses in other countries especially in Japan and the U.S.A. The Japanese system required more labor and a strong national character. There has been no training about national character in India after Independence. So academicians looked to the American system. By 1985 vocational and professional courses were introduced in 9 states. But it was a half-hearted effort. The courses covered only 2.5 % of schools. The students were not given a thorough technical or professional knowledge. They did not secure any jobs and went for degree in arts. Thus it has been facing a slow death.

In India, for higher studies we have professional and vocational colleges like I.I.Ts, Engineering colleges, Medical colleges, Law colleges, Colleges in Business Management and other traits. For a diploma course too we have separate institutions or a lower department in vocational colleges. IITs provide certificate courses in many streams including shorthand and computer sciences.

If professional or technical education has to be a part of regular studied all the technical institutions should be assimilated with regular high schools and +2 classes. These institutions should have all the laboratories at least up to the standard of those in the IITs. They should have technical staff too. The whole system of education requires an overhauling. But it is not possible if the government spends only 2 per cent of its revenue on education. Let us pay more attention to look after the human factor to make the nation strong.