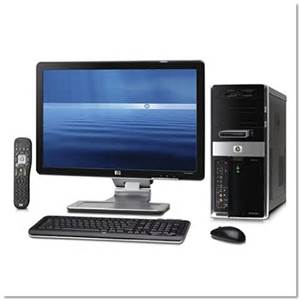 “Computer is not a magical device. It possesses no IQ or intelligence of its own. Its IQ is zero. It has to be told what to perform and in what sequence. Hence, only the user can determine what task a computer will perform. A computer can’t take any decision at its own until it is programmed to do so. These are some mechanical deficiencies of the computers, but in addition to these technical flaws, the invention of computer has adversely affected the human function, the social economic fabric of the nations.”

Today hardly any field of our life is left unaffected by computers. In schools, banks, shops, hospitals, restaurants, post offices, government offices, railway or bus reservation counters, and travel companies and in all such utility service departments, we find computers working everywhere.

For the last few decades, the world seems to have undergone a computer revolution. Initially, computers were designed to solve the complicated scientific problems, but now a day; computers are becoming indispensable day by day. Necessity is the mother of invention, the saying holds true for computers, as it was initially invented for fast and accurate calculations. The word computer comes from the word ‘compute’ that means to calculate. So a computer was normally considered to be a calculating device that can perform arithmetic calculations at an enormous speed and with perfect accuracy. But now a day’s more than 80% of the work done by computers is of non-mathematical or non-numerical nature. Hence, to define a computer merely as a calculating machine does not hold well in present day situation. To be correct and more precise, a computer may be defined as a device that operates upon information or data. The fact that the computers process data is so fundamental that many people have started calling it a data processor. The name data processor is more comprehensive as it covers not only the computing work but also performs other functions with the given data like, processing, merging, sorting, printing etc.

Today the computer has become cornerstone of our industrial and scientific development. The computers have shrunk the world into a room. In all walks of life from manufacturing of a small item to exploration of ocean and space, computers are being used extensively. Robots are being used in study of volcanoes, in space research, in medical science, remotely commanded satellites, etc. This omnipotent device has taken entry into such diverse areas as sports, agriculture, medicine, business, space, ocean research, generation of power etc

Is Computer a Boon or a Bane?

No works of art or any great scripture or the Shakespearean tragedies have had so spasmodic an effect on human society as the computer, making the present World totally dependent on it. Someone has rightly said that since the appearance of humans on the Earth, it has never encountered anything as complex and ingeniously designed, as computer. ”Computer is a person, unable to walk, but its mind transcends the barriers of space”, retorted Dr Stephen, It is indeed an example of the excellence of human mind, which has done wonders and made the creator himself a slave to a great extent.

Speed Computer is such a fast working device that it can perform in records the amount of work that a human being can’t think of doing in years. A computer does in one minute, what a man cannot do in a lifetime. A powerful computer is capable of performing about 3 to 4 million simple arithmetic operations per second. While talking about the speed of a computer it performs functions not in seconds or milli seconds but microseconds (10-6) or nanoseconds (10-9) or picoseconds (10-12).

Diligence Unlike a human being, a computer is totally free from monotony, tiredness, lack of concentration, boredom etc.  So a computer can work regularly, for any longer period of time, without creating any error and without feeling boredom or monotonousness. Due to this characteristic, a computer surety scores over human beings in doing routine jobs with accuracy and speed. What a man or any good number of persons can’t do in years with such accuracy and without getting bored can be done by a computer in minutes.

Versatility Versatility is one of the moat wonderful characteristic of a computer. At one moment it is preparing electricity bills the next moment it can generate examination results of a university and the next moment it can trace an important file. All that is required is to give an appropriate instruction to the computer A computer is capable of performing almost any task without getting irritated, provided the task is reduced to a logical steps.

Memory As soon as a human being acquires new knowledge, the brain subconsciously selects what it feels to be important and worth retaining in the  memory and relegates unimportant details to its back or just throws that out of its memory. Such is not the case with a computer. It can store and recall any amount of information because of its secondary storage capability. Every piece of information can be retained as long as desired by the user and can to recall as and when required. Even after several years the information recalled will be as accurate as on the day it was fed into the computer

With such important and wonderful characteristics computer have beer, ushered in all aspects of business, science, research and daily routines of a man. Sitting here one is able to communicate with one’s kith and kin and kin sitting millions of miles away. The most complicated medical operations and the most complex scientific calculations have become very easy with the invention of computers. The discovery of new planets, stars, man’s approach to Saturn, Mars, Moon and exploration of hitherto hidden secrets of space, have all become possible with the help of computers.

But every invention has its merits and demerits, and the computer is no exception. Computer is a device having no feelings. It is devoid of emotions and instincts as it is simply a machine, has no soul or heart. Computer can’t make any judgment at its own level. The judgment is based on the instructions given to it by the user. Although man has succeeded in building a memory tor the computer but no computer possesses the equivalent of a human heart. A computer can’t judge good or bad effects of its decision.

Moreover computer is not a magical device. It possesses no IQ or intelligence of its own. It has to be told what to perform and in what sequence. Hence, only the user can determine what task a computer will perform. A computer can’t take any decision at its own level unless it is programmed to do so. These are some mechanical deficiencies of the computers; bat in addition to these technical flaws, the invention of computer has adversely affected the human life, the socio-economic fabric of the nations.

As already mentioned, a computer can perform’ the work with such accuracy and speed that no person can match that. The problem of unemployment faced by so many countries including India is farther worsened by the use of computers. In various offices and departments where on one side the requirement of manpower is decreased with the use of computers, the IT industry has generated a good number of employment opportunities on the other.

The invention of nuclear weapons, most destructive in nature, warships, spaceships have, been made possible with the invention of computers. Had there been no computers, the world of today would not have been on the verge of destruction. Push of one button can destroy any country and is sufficient to destroy the millions and billions of innocent people. Today the so called developed countries are using the computers for inventing newer technology of modern warfare. By the use of missile, dropping of nuclear bombs, destroying the basic amenities, destroying Mia communication system of any nation have become so easy that they have started using them  for aggrandizement  of their imperialistic motives.

Yes, indeed, the computer on the one side has helped the mankind to solve many crucial problems; on the other side it has put the world on the verge of destruction. In spite of that it is not at all the fun ft of the computer itself. It is a machine which obeys the order of the user, therefore, fault lies with the user not with the computer.

Summarily computers have solved most challenging problems like, energy crisis, cancer research, water purification, and helped man to explore the space, ocean and other hidden secrets of the universe. The computer is a boon or a bane depends, on its use. If used for the benefits of the mankind it if a boon, if used for the evil purpose, it is a bane. Remember the story of Alladin and genie, genie obeys order of Alladin, whether wrong or right, good or bad, in the same way, the computer obeys the orders and instructions of its user.