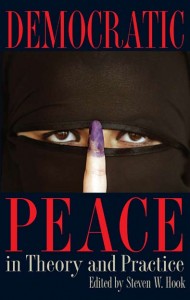 DEMOCRACY IN THEORY AND PRACTICE

India became sovereign Democratic Republic at 10:18 am on 26th January, 1950, with the inauguration of the Constitution. India’s last Governor General, C Rajagopalachari, read the proclamation announcing the birth of the new Republic.

If we look at the political and social history or the last 66 years, we find dramatic change in the democratic setup of our country. Since independent our country has gradually been deteriorating to become the ‘wild west’. In fact the present state of the things makes one wonder, if the country has any Constitution or Laws at all. The democratic values preserved and practiced by the founding fathers, have been confined to dustbin and the institutions meant to safeguard the democratic fabric have been undermined and devalued. The educationist or the freedom fighters must be wondering, whether this is the democracy, we gave to ourselves?

The answer is simple, ‘blame not anybody else; blame ourselves’, for we have not risen to the lofty ideals our founding fathers incorporated into our Constitution. It is the cumulative failure of all the politicians, the bureaucrats the traders, the professionals and the people from different walks of life. Let us not blame the institutions and statutes that reinforced the foundation of our democracy. Who is to blame if a State Assembly becomes a replica of a street scene in Mumbai, where hoodlums are seen exchanging stones and missiles? Who is to blame if MPs rush up to a Minister only to tear off the Bill, he is going to introduce in the Lok Sabha?

Some analysts contend the prevailing problems are the result of the maturation of civil society and the emergence of new, more democratic polite: practices. Backward classes, the dalits, and tribal peoples increasingly have refused to remain, satisfied with the patronage and populism characteristic the political parties. Since the late 1970s, there has been a proliferation of nongovernmental organizations. These groups made new demands on the political system that required a substantial redistribution of political power, economic resources and social status.

Whether or not developments in Indian politics exacerbate the continuing problems or give birth to greater democracy broadly hinges on efforts to resolve three key issues. How will India’s political system, now more than ever based on egalitarian democratic values, accommodate the changes taking place in its hierarchical social system? How will the state balance the need to recognize the interests of the country’s remarkably heterogeneous society with the imperatives of national unity? And, in the face of the declining legitimacy of the Indian state and the continuing development of civil society, can the Indian state regenerate its legitimacy, and if it is to do so, how should it redefine the boundaries between state and society? India has confronted these issues throughout much of its history. These issues with their intrinsic tensions will continue to serve as sources of change in the continuing evolution of the Indian democracy.

The Constitution of India draws extensively from Western legal traditions in its outline of the principles of liberal democracy. It is distinguished from many Western Constitutions, however, in its elaboration principles reflecting the aspirations to end the inequities of traditional soon relations and enhance the social welfare of the population. According to Constitutional Scholar Granville Austin, “Probably no other nation”! Constitution has provided so much impetus toward changing and rebuilding society for the common good.” Since its enactment, the Constitution has fostered a steady concentration of power in the Central Government— especially the Office of the Prime Minister. This centralization has occurred in the face of the increasing assertiveness of an array of ethnic and caste groups across Indian society. Increasingly, the government has responded to the resulting tensions by resorting to the formidable array of authoritarian powers provided by the Constitution. Together with the public’s perception of pervasive corruption among India’s politicians, the State’s centralization of authority and increasing resort to coercive power have eroded its legitimacy. However, a new assertiveness shown by the Supreme Court and the Election Commission suggests that the remaining checks and balances among the country’s political institutions continue to support the resilience of Indian democracy.

The present political scenario in our country is alarmingly pathetic. Politics has become tattered and is tainted with crime. The moral values of our politicians, policemen and criminals are inseparable from one another. Even, the thin dividing line between the politicians and criminals has disappeared giving rise to criminal politician’s nexus. Politics has been criminalized and crime politicized. The people have lost faith in political parties and the promises of the leaders have proven hollow.

Free and fair elections constitute the foundation of Parliamentary Democracy. The Constitution provides sacred provisions for free and fair election. The increasing role of money power and muscle power has rendered the election process a mockery of our democracy. The role of caste and creed in Gelding the candidates and allocating the ministries has made the fun of fundamental rights envisaged in our Constitution. The misuse of official machinery, mobilizing the electorate with false promises, or assuring the benefits based on caste and creed has further weaken the democratic fabric of our Constitution. From TN Sheshan to YS Qureishi all Chief Election Commissioners have tried their best to make the election process free and fair, but whether they succeeded? The dishonest and corrupt politicians with criminal backgrounds have been winning the elections with the assistance of money and muscle power.

The ruling party in a democracy is obviously guided more by the lust for power than by the sincere desire to serve the people in a real sense. The opposition should play the role of safeguarding the democratic values. Even, in decisions taken on sensitive issues such as signing of CTBT and other issues relating to Foreign Policy and defence matters, political consensus is hard to come by. Such type of petty squabbles and dissensions in between political parties flout the very idioms and grammar of democracy.

The judiciary has played a very important role as the watch dog of our democratic system. Politicians have tried to undermine the judiciary by providing out of turn promotions to the judges and making transfers and postings keeping in view their political philosophy. But, kudos to the Supreme Court, which has put a check on various nefarious acts of the politicians. The contribution of the Supreme Court in upholding Constitutional values, rule of law, personal liberty and human rights, gender justice and democratic values has been quite significant.

Presently, there is a distressing trend in the Indian public life and that is the growing cynicism about politics and politicians. The elite class of thinkers and the educated masses feel uselessness of casting the votes in elections. In the prevailing political scenario in the country, the prospects for a radiant democracy are not very bright but we cannot lose hope. Nothing demonstrated the vitality of Indian Democracy so much as the complete rout of Indira Gandhi in 1977. Equally, her return to power in 1980 showed that die Indian people will not be tolerant towards leaders who betray the trust reposed in them.

The election of 1999 has proved that the voters won’t accept any ides of toppling a democratic government without any concrete reason, thereby reinstalling Mr. Atal Bihari Vajpayee as Prime Minister of India. The Elections of 14th Lok Sabha have surprised everybody. The much advertised ‘India Shining’ and ‘Feel Good Factor’ were thrown to dustbin by the electorate and again the Congress was given mandate to form the government. Therefore, it is wrong to say that democracy in India has failed utterly, but we can conclude that to make the democracy success in real term our politicians have to make a lot of sacrifices and people of India must use their votes in favour of honest, incorrupt and dedicated leaders so that the values preserved by our forefathers could be restored. In a way, the recent trends in our country where governments are formed by groups of number of political parties namely NDA, UPA and so on, also speak volumes about the vitality of democracy.