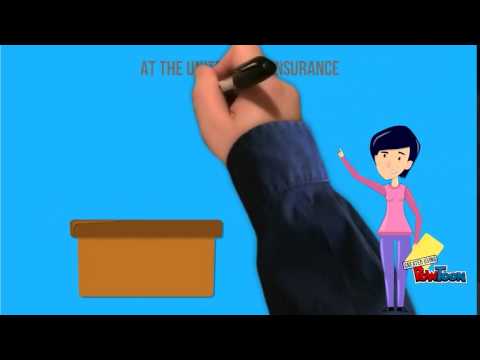 After 65 years of independence, we are still too far away from the universal literacy. What is the reason? ‘Why have we come to such a sorry state’? Reasons can be well enumerated; Improper planning, poor implementation of policies, lack of infrastructure and lack of political will are the main causes  responsible for such state of affairs.

Literacy level and educational attainment are vital indicators of development in a society. Attainment of universal primary education is one of the Millennium Development Goals of the United Nations to be achieved by the year 2015. Planning Commission has also targeted in the Eleventh Five Year Plan to increase literacy rate of persons of age 7 years or more to 85% and reducing gender gap in literacy to 10 percentage points by 2011-12. Literacy rate and educational development are considered to be key variables affecting demographic indicators like fertility, mortality (especially infant mortality) rate and migration. It greatly contributes in improving quality of life, particularly with regard to life expectancy, infant mortality, learning levels and nutritional levels of children. Higher level of literacy and educational development lead to greater awareness on the one hand and help people in acquiring new skills on the other.

The number of literates and illiterates aged seven and above in India as per the provisional population totals of Census 2011 are 778454120 and 272950015 respectively. There has been a marked improvement in the proportion of literates in the last decade. Literates in 2011 constitute 74% of the total population aged seven and above as compared to 65% in 2001. On the other hand, illiterates form 26% of the total population in 2011 as compared to 35% in 2001. In absolute terms, 217700941 additional persons have become literate during the decade 2001-2011. A significant milestone reached in Census 2011, is that the total number of illiterates has come down from 304146862 in 2001 to 272950015 a decline of 31196847 persons. Before analyzing further trends, it would be apt to discuss certain underlying concepts and definitions regarding Literacy in the Census of India.

A notable feature is that out of the total decrease of 3119847 in the number of the females (1722197) illiterates/out number maler (14074650). The above two changes are a clear indication of the fact that the gender gap in literacy is shrinking in the country. This trend of rising female literates will have far reaching consequences on the development of society.

Kerala ranks first in the country with a literacy rate of 93.91%, closely of followed by Lakshadweep (92.28%) and Mizoram (91.58%). Bihar with a literacy rate of 63.82% ranks last in the country preceded by Arunachal Pradesh (66.95%) and Raj as than (67.06%). Among the major States, Maharashtra (82.91%) comes after Kerala, followed by Tamil Nadu (80.33%). The States and Union Territories with literacy rates below the national      average (74.04%) are Jammu and Kashmir in the North, Rajasthan in the West, Andhra Pradesh in the South, Madhya Pradesh, Chhattisgarh, Uttar Pradesh in Central, Bihar, and Jharkhand, Odisha in the East and Arunachal Pradesh and Assam in the North-East of the country. Ten States and Union Territories viz, Kerala, Lakshadweep, Mizoram, Tripura, Goa, Daman and Diu, Puducherry, Chandigarh, NCT of Delhi and Andaman and Nicobar Islands have achieved literacy rate of above 86%, the target set by Planning Commission for the year 2011-2012. The States and Union Territories, which have literacy rate below the National average in respect of all, the three categories i.e.,  persons,  males  and  females  are Arunachal  Pradesh, ‘     Chhattisgarh, Madhya Pradesh, Andhra Pradesh, Bihar, Rajasthan, Jammu and Kashmir, Jharkhand and Uttar Pradesh.

The Right to Education Act

The Government has finally come over all the odds and given effect to the Right to Education Act (REA) from 1st April 2010. The right to education is now a Fundamental Right for all children in the age group of 6 to 14 years. ln simple words; it means that the government will be responsible for providing education to every child up to the eighth standard, free of cost, irrespective of class and gender. It has thus paved the way for building a strong, literate and empowered youth of this country.

Right to Education (RTE) Act, 2009 has come into force with effect from 1st April, 2010. It has been enacted to provide free and compulsory education to all children in the age group of 6 to 14 years. The provisions of the act provide that with a view to prepare children above the age of three years for elementary education and to provide early childhood care and education for all children until they complete the age of six years. Under the Integrated Child Development Service Scheme (ICDSS), over 3.5 crore children between the age group of 3 to 6 years are being provided pre-school education in the Anganvadi centers.

Sarva Shiksha Abhiyan is the national flagship programme of the government being implemented throughout the country. The World Bank provides financial assistance for implementation of SSA as sector wide support.

Some important programmes launched in the education sector earlier, viz. the Sarva Shiksha Abhiyan supported by the Mid Day Meal Scheme, were intended to ensure provision of elementary education to all children in the 6-14 age group. Under the Mid Day Meal Programme 10.46 crore children are provided hot cooked meal in 12.63 lakhs schools in the country.

The National Mission for Female Literacy, a renewed effort to make 70 million people—60 million of them women—functionally literate by 2012 and plug the gender gap that has persisted despite the two decades old literacy drive in mission mode, was launched in New Delhi on 8th, September, 2009 to mark the International Literacy Day. Name Sakshar Bharat, it is a centrally sponsored scheme of Department of School Education and Literacy (DSEL), [Ministry of Human Resource Development (MHRD) and Government of India.

The mission, with a whopping budgetary support for 1 million dollar seeks to educate 70 million illiterates, 60 million of them being women, by 2012. .

It is absolutely necessary that the problem of illiteracy is to be tackled on war level by making awareness to the general masses about the importance of being literate. Powerful mass movements involving the Central and State Governments, Municipalities, Panchayats, NGO’s, the media and every other supportive institution are required to be launched. Education is the most significant instruments of National development. Literacy is the base of the Nation’s overall progress and development. We must remember that ignorance leads to greater expectation and lack of empowerment leads to perpetuation of poverty and hunger. India is known for best skilled manpower in the world, and also for largest number of illiterates in the world. The bane, of illiteracy is to be rooted out at the earliest at all levels with all out positive efforts with strong political determination and will. Eradication of illiteracy, should be given due priority. Delay can be disastrous.