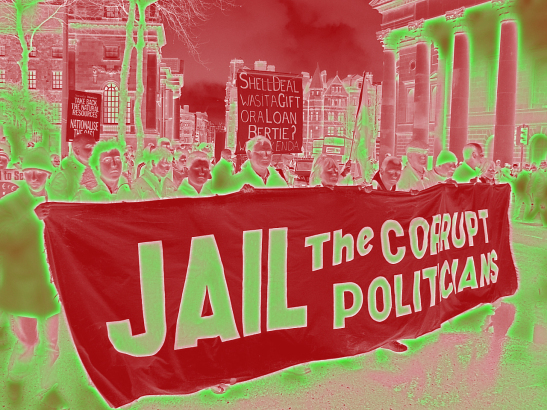 SHOULD WE HANG ALL CORRUPT POLITICIANS?

Corruption in India is the main problem since independence. Mostly underdeveloped and developing countries are greatly affected by corruption. Corruption has progressively involved in every sphere of Indian society. Corruption is a cancer that is not restricted to any particular political party. An honest politician has become an oxymoron. In India, politicians with an honest image are very few. In India, we have noticed a bunch of scams often the Indian administration like; Bofors Scam, Hawala Case, Fodder Scam, Taj Corridor Scam, Satyam Scam, Commonwealth Games scandel etc. According to the   Corruption   Perception   Index   Report   released   by   Transparency International, India ranks very high on the list of most corrupt countries in the world. The corruption methods have also become very tricky and mechanic with the development of the nation

India is flagrantly notorious for its corrupt politicians. Due to the weakening of national party or the party governing the country, the politicians of the coalition parties blackmail the Government and despite knowing all the dishonest acts of the allies, the ruling party has no other option than to keep mum and avoid such issues. Most of the allies in the Government forming political parties have less than 50 seats and among them most are corrupt. But, as the national parties do not have clear majority they have to garner the support of small regional parties which got only a few elected members. So, most often they have to be blind when the allies make any wrong move. Politicians in India are the core cause for the prevailing corruption.

There are many other causes of corruption in India. Nexus between bureaucrats, politicians and criminals is also the main cause of corruption in our country. Lack of ethical and moral values among politicians, illiteracy among people, poor justice delivery system- all these support the prevalence of corruption in India. Complex laws and procedures to eliminate corruption help the corrupt politicians and others to go scot free after a long spree of trials in various courts. Corruption has a worst impact on our economy and has maligned our image in international scenario. Best example of this is Commonwealth Games Scam. Commonwealth games are global phenomena and recently exposed scam has maligned the image of India in the global scenario.

Recently, we all have witnessed media reports about 2G Spectrum Scam, land mafia, mining mafia, how a law maker of the land, Home Minister of Gujarat State Government, himself was the master mind involved in the conspiracy of fake encounter in eliminating Sohrabuddin . It is also wide open as to how senior police officers extorted money from businessmen and others by foisting false cases.

The members of the House, people’s representatives themselves, are making contempt of the House. These MPs, MLAs other then hiking their own salaries and perks, must first learn class room discipline, punctuality, attendance, home work preparation, etc. from school kids. It is the need of the hour. How can these MPs and MLAs serve India when they are concerned about their benefits only? They have brought shame to the name of Indian democracy. They are the real threats to our democratic system. They must be punished suitably and we must strive to constitute a brand new Parliament of such people who love their motherland and can even sacrifice their live, if need be. If hanging the corrupt politicians look very harsh treatment, we at least plan and be determined to hang the corruption indeed!