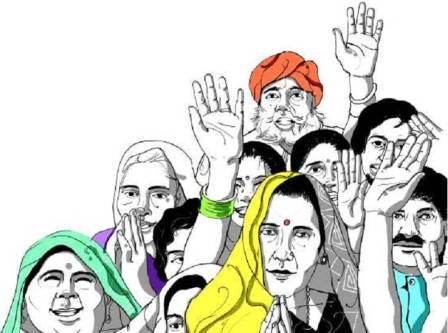 The data of the Census 2011 was made public on 31st March, 2011. It stated that India’s population has touched a new figure 1.21 billion with a rise of over 181 million from the last decade (1991-2001). Now, India’s population has touched the combined population of the well-known countries like the United States, Indonesia, Brazil, Pakistan, Bangladesh and Japan that is 1214.3 million. It is the 15th Census of India since 1872 and has presented many significant facts some of which are encouraging, while some discouraging as well. The most significant encouraging trend that it has shown is however, that after a lapse of 9 decades, the past decade (2001-11) witnessed the addition of smaller population than the decade that had just preceded, i. e., 1991-2001. The significant fact that has come to light is within the last six years, five States—Uttar Pradesh, Bihar, Madhya Pradesh, Maharashtra and Rajasthan—have added considerably to the population growth as half of the kids in these States belong to the age group of 1 to 6. But, the silver lining is that two of the most populous States (Uttar Pradesh and Bihar) have shown a decline in the decadal growth. During the past decade (1991-2001), these two States had shown the growth of 25.9 % and 28.9 %, respectively, whereas during the present decade (2001-11) the growth has come down to 20.1% and 21.1%, respectively.

Population stabilization has always been one of the priority agenda items of the Government. India launched a Family Planning Programme in 1952. Though, the birth rate started decreasing, it was accompanied by a sharp decrease in death rate, leading to an overall increase in population. The programme has come a long way and currently Family Planning Programme is being repositioned to not only achieve population stabilization but also to reduce maternal mortality and infant and child mortality.

The National Population Policy, 2000 (NPP 2000) provides a policy framework for advancing goals and prioritizing strategies to meet the reproductive and child health needs of the people of India and to achieve net replacement levels of fertility (i.e., TFR 2.1) by 2010. National Socio-Demographic Goals formulated to achieve the objectives of the population policy, envisaged to

Currently, the Government is following High-focus district approach. Total 264 such districts have been selected and government is trying to support these districts for better implementation of Family Planning Programmes. The Government is also committed to reduce the Maternal Mortality Ratio (MMR) to 100/100000 live births, Infant Mortality Rate (IMR) to 30/1000 live births and to achieve the replacement level of fertility (Total Fertility Rate – 2.1) by 2012.

States with TFR>3.0 (UP, Bihar, MP, Rajasthan, Jharkhand, Chhattisgarh, and Meghalaya) will account for almost 50% of the increase in India’s population in coming years. In these States, the immediate concern is to address the unmet need and focus upon socio economic development to reduce the wanted fertility (desire for more than two children). At the same time, the momentum for future population growth is to be checked by delaying age at marriage and ensuring adequate spacing between births.

For the States with TFR between 2.1 to 3 (Uttarakhand, Gujarat, Haryana, Jammu and Kashmir and Odisha), the immediate concern is to assist the couples to achieve their fertility goals by strengthening the Family Planning Programme.  For the States with TFR <2.1 (Delhi and Himachal Pradesh) the immediate concern is to check the population momentum by delaying the age at marriage and ensuring adequate spacing between births.

Despite Government attempts to check India’s population growth, it has continued its inexorable climb to about 1.21 bn. This has happened most rapidly in areas like the so-called Hindi Belt — the central, predominantly Hindi-speaking states. Population expert Usha Rai says India still lacks a coherent approach to holding back the population explosion and knowledge about basic birth control techniques is woeful. She says “There are lots of people who haven’t heard of the condom.”

“I know of a person in Meghalaya who said he’d never heard of condoms, he didn’t know how they were used, he didn’t know where to get them from. This is a major problem in India.”

Our policy makers should first and foremost be conscious that the needs of our education are different from the needs of the more technologically advanced nations if, for no other reason than the fact that the latter are not baffled by the hazards of overgrown population. Whereas, they need literacy and education in the general sense of the terms, we need to cope with the mess we have procreated. Our education must be tailored to help our people learn to think independently and prepare for the particular kind of plight they have been born into.

A variety of quick fix Western ‘scientific’ techno-managerial solutions have been devised to control the fertility of the proliferating masses of the world. This highly coercive strategy is being operated through the health departments of the developing countries against the ‘eligible’ female. This is strongly promoted by international agencies with massive funding for such programmes through the national governments. This has nevertheless failed to achieve the targets.

In the absence of a concomitant desire to promote the social and economic development and welfare, the poor realize that it is children who provide them the only source of love and economic security in an increasingly hostile world. The increasing population, despite such single-minded coercive programmes for control of their fertility shows how a programme designed by the ‘haves’ to serve their own interests cannot be affiliated to the poor who devise their own methods for evading what they know goes against their overall welfare.

No amount of mere changing of the names of the programmes or of the projects/activities can convince them that there is a change of heart. This can be achieved only by visible improvement in fields like education, health and rural development. The close association between poverty, family size and population is observed not only in sub-Saharan countries, as at present, but was also observed in countries like the UK during the early days of the industrial revolution. Over production is nature’s method for ensuring survival of the species. This is also demonstrated in our Northern states as compared to those of the South. It is also seen within each state between the reproduction rate of the rich and poor, which is concealed by aggregate statistics.

The regulation of family size cannot be imposed as a national programme by a political fiat. Their role is to create the climate and opportunity for demand and utilization of reproductive technology. Overall, social and economic development is the prerequisite for the control of population. This is feasible well within our existing resources, if these are distributed in a reasonably equitable manner. The prime requirement for this is the political will, which is unfortunately dominated by a select few.

It is necessary that people should realize the importance of population control vis a vis the development of the country. They must understand the simple logic, that the limited resources of a family are ideally shared when there are only two children.

We should breed in our children the fear of overcrowding by coining new maxims like ‘two is a crowd’ instead of ‘two for joy’. We can say ‘one for joy’. A phrase like ‘crowded, cabined, cribbed and confined’ would also help. Similarly, a nursery rhyme like “There was an old woman who lived in a shoe, she had so many children, she didn’t know what to do”, should be more useful than an ordinary one like ‘Where are you going to my pretty maid?’

More the number of children, greater the strain on the family budget. So, every person, every family needs to participate in the population stabilization movement. Every citizen must share the concern that all our precious gains earned become losses if there are more mouths to feed. It is an imperative duty of every citizen to interact with those in his village or slum or surroundings, that everyone stands to gain if smaller families’ norms are adopted, accepted, voluntarily, willingly and happily.