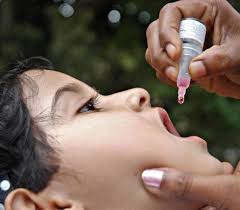 After a fifteen-year effort that has galvanized more than 200 countries, 20 million volunteers and an international investment of US $ 3 billion, the success or failure of the Global Polio Eradication Initiative, the world’s largest public health campaign was within reach. Never before has the world been so close to success, with only six countries remaining polio-endemic.

The goal of the Global Polio Eradication Initiative is to ensure that no child will ever again know the crippling effects of polio. There is no cure for polio, but the disease can be prevented by immunization with polio vaccine. Oral Polio Vaccine (OPV) was developed in 1961 by Br Albert Sabin; OPV is a highly effective, safe and inexpensive vaccine and has been used in all countries of the world to achieve polio eradication.

Along with all 192 member nations of the World Health Organization, the Government of India in 1988 committed the nation to the goal of global polio eradication. Since 1995, the Ministry of Health and Family Welfare, Government of India has been conducting intensive immunization and surveillance activities aimed at the complete elimination of pullovers and paralytic polio. The National Polio Surveillance Project, which was launched in 1997, provides technical and logistic assistance to the goal, and works closely with State Governments and a broad array of partner agencies to achieve the goal of polio eradication in India.

In this direction, on 15th January, 2004, Ministers of Health from the six Polio-endemic countries – Nigeria, India, Pakistan, Niger, Afghanistan and Egypt publicly pledged an all-out effort to end a disease that in recent memory crippled more than a thousand children every day. Ministers gathered at WHO Headquarters to sign the Geneva Declaration for the Eradication of poliomyelitis, marking a historic step toward stopping poliovirus transmission to their countries.

In 2002, the epidemic—the largest in the world since the Global Polio Eradication Initiative began in 1988—spread across Northern India, resulting in a six-fold increase in new cases over 2001. Uttar Pradesh was especially hard hit, with the State now accounting for 64% of all new polio cases worldwide. Of particular concern is the fact that the epidemic spread from Uttar Pradesh previously polio-free areas within India, as well as to other countries, e.g., polio transmission has been re-established in the Indian States of Gujarat and Paschim Banga and in January 2003, a child was paralyzed by polio in Lebanon for the first time in nearly ten years. Genetic sequencing of this virus confirmed it was from India.

However, India appears to have interrupted wild poliovirus transmission completing one year without polio since its last case, in a 2 year-old girl in the State of Paschim Banga, on 13th January, 2011.

India was once recognized as the world’s epicenter of polio. If all pending laboratory investigations return negative, in the coming weeks India will officially be deemed to have stopped indigenous transmission of wild poliovirus. The number of polio-endemic countries, those which have never stopped indigenous wild poliovirus transmission, will then be reduced to a historical low of three countries Afghanistan, Nigeria and Pakistan.

However, there remains no room for complacency. India must maintain sensitive surveillance and high childhood immunity against wild poliovirus to guard against any importation of polio until eradication is achieved globally. In 2011, Afghanistan and Pakistan have both seen alarming increases in polio cases, and poliovirus from Pakistan re-infected China (which had been polio-free since 1999). In Africa, active polio transmission continues in Chad, the Democratic Republic of the Congo and Nigeria, with outbreaks in West and Central Africa in the past 12 months reminding the world that as long as polio exists anywhere, it remains a threat everywhere.

Global health leaders paid tribute to the Government of India for its leadership and financial commitment to the polio eradication effort, and to the millions of vaccinators, community mobilizers, rotarians, parents and caregivers who have supported polio eradication for more than a decade. The scale of the eradication effort in India is mind-boggling. Each year, more than 170 million children under the age of 5 are vaccinated in two national immunization campaigns, with up to 70 million children in the highest-risk areas vaccinated multiple times in additional special campaigns; the whole effort requires nearly a billion doses of oral polio vaccine annually.

An Opportunity to End Polio

“India’s success is arguably its greatest public health achievement and has provided a global opportunity to push for the end of polio,” said WHO Director-General Margaret Chan. “The Global Polio Eradication Initiative is in full emergency mode and focused on using this momentum to close this crippling disease down. Stopping polio in India required creativity,
perseverance and professionalism. Many of the innovations in polio eradication were sparked by the challenges in India. The lessons from India must now be adapted and implemented through emergency actions to finish polio everywhere.”

The key to India’s remarkable progress in the fight against polio according to UNICEF Executive Director Anthony Lake, has been the strong leadership of the Government of India and State Governments, which launched a comprehensive polio eradication programme that has enabled sustained high immunization coverage in states like Uttar Pradesh and Bihar with high rates of poverty, high population density and poor sanitation and infrastructure, conditions in which disease like polio can thrive.

Polio can be Eradicated in Challenging Environments

“India’s achievement is proof positive that we can eradicate polio even in the most challenging environments – in fact, it is only by targeting these areas that we can defeat this evil disease”, Mr. Lake said “We have the ability to protect every last person, especially children, from this entirely preventable disease and because we can, we must finish the job of eradicating polio globally, once and for all”.

India must continue to Protect its Children from Polio

With oral vaccines, India appears to have achieved what was once thought a Herculean task—decisively breaking the circulation of wild polio viruses that paralyzed countries children. But, the use of oral vaccines, which contain live but weakened strains of the virus, can be a bit like riding a tiger. Discontinuing them, without risking a resurgence of polio that would undo all that has been achieved, is going to be a tricky exercise.

Like all countries that have stopped indigenous wild poliovirus transmission, India must continue to protect its children through supplementary immunization activities and improved routine immunization coverage rates or risk a potentially horrific re-importation event, said the Director of the US Centers for Disease Control and Prevention, Dr. Thomas Frieden. “Polio’s history contains many cautionary tales,” Dr. Frieden added. “Polio anywhere in the world is a risk everywhere in the world, and to protect itself from a setback, India is appropriately planning to continue meticulous, monitoring and intensive childhood vaccination against polio”.