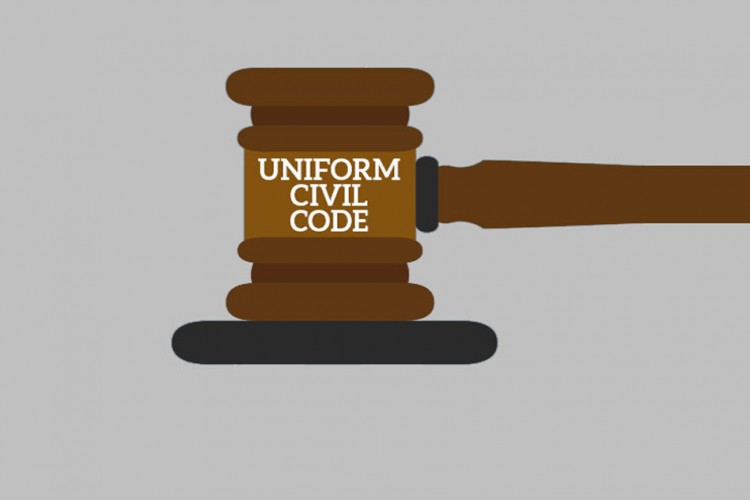 NECESSITY OF UNIFORM CIVIL CODE FOR ALL

Article 44, of the Constitution says that the State shall endeavour to secure for the citizens a Uniform Civil Code, throughout the territory of India, yet it has continued to be a highly controversial issue and always politicized and communalized by the vested interests.

Since independence, we have been debating on the necessity of application of Uniform Civil Code for all the citizens, but even after 65 years, we have this paradoxical situation to continue, where Indian citizens are discriminated on the basis of gender and religion.

On 23rd July, 2003, the Apex Court pleaded for a Uniform Civil Code, while declaring Section 118 of the Indian Succession Act, 1925 as unconstitutional, as it was arbitrary, irrational and violates the Article 14 of the Constitution. Article 14 says that the State shall “not deny to any person equality before the law or equal protection of the laws within the territory of India. Section 118 of Indian Succession Acts applicable only to Christians provide “No man having a nephew or niece or nearer relative shall have power to bequeath any property to religion or charitable uses, except by a will executed not less than 12 months before his death and deposited within six months from its execution in some place provided by law for safe custody of the will of the living person.

The three judge bench said that while Article 25 of the Constitution guaranteed freedom of conscience and free profession, practice and propagation of religion,  Article 44 divested religion from social relations and personal law. The Bench was of the view that marriage, succession and the like matters of secular characters cannot be brought within the guarantee enshrined under Article 25 and 26 of the Constitution.

The declaration made by the Bench was very important that the right to follow one’s personal law is not a Fundamental Right. It means that the right of the Christians to follow the Canon law or the Muslims to follow Shariat Law does not form part of Fundamental Rights, guaranteed in Part III of the Constitution. The right of equality is held high by the Apex Court and if any member of a community is discriminated because of the certain provisions of the personal law, he or she can approach the Supreme Court to strike down the unconstitutional part of the personal law. On this basic principle, the court has already struck down some provisions of the Indian Divorce Act, which were applicable to Christians.

Whenever, the court impresses upon the desirability of having one code, an acrimonious debate is once again started. The various political and religious leaders give arguments as per their political lines and religious fanatical approaches. It is a very paradoxical situation, when the constitutional makers had emphasized the necessity of one Uniform Civil Code, the vested interests are opposing it for taking political mileage.. This is not a weapon directed against any particular religion or any minority community. It is simply a code which puts the entire citizen equal before law, irrespective of caste, community, religion or gender.

Way back in 1985, the then Chief Justice Mr. Y V Chandrachud, in such a controversial case of Shah Bano asserted that a Uniform Civil Code would remove disparate loyalties to laws which have conflicting ideologies. The Court has time and again, emphasized the desirability of adoption of Uniform Civil Code for all citizens. An eminent retired Judge of Supreme Court Mr. Justice V R Krishna Iyer and others have been espousing the cause of a Uniform Civil Code for years together. The basic and fundamental idea behind the formulation of a Uniform Civil Code is to enable easy interpretation and end discrimination. A well known jurist Mr. Rajeev Dhavan says “the genuine concern is that many personal laws relating to marriage, inheritance, guardianship, divorce and maintenance and property matters in all communities are unjust, especially unjust to women. Women are the worst victims of the personal, laws especially the Muslim women”.

The fact is that, when the changes are made step by step, these have been accepted without much opposition. The core issue that emerges is the extent to which the scriptures and traditions of any religion should be allowed to thwart the values and goals embedded in the Constitution a secular democratic set up. No religion or community should be granted the right to pit its regressive practices against constitutional provisions. No religious community can claim that injustice and gender base discrimination are so basic to its identity that “they must be allowed to exist at the cost of the unity and integrity of the Nation.

Undoubtedly, there is a need to give legislative effect to the constitutional mandate set put in Article 44, but it is to be seen that this sensitive task be carried  with due preparation. The perpetrators of communal aggression, intimidation and blackmail must be reined in with due strictness. An all out effort to reassure the minority communities that their Human and Constitutional Rights will be protected at all costs needs to be made.

It is the sacred duty of the state that every citizen must get equal protection of law and every women, be she a Hindu, a Muslim or a Christian, feels that she is equal to man in all matters, pertaining to marriage, divorce, succession, inheritance and other matters of secular importance. It is the need of the hour, that we must have an open debate by all political parties’ concerned, religious leaders, so that we have one common civil law for all. The debate must be free from any political bias.

No faith, no religion, can allow the discrimination based on gender. No secular state should allow the discrimination, based on religion, community or gender. When our Constitution guarantees the equality, then allowing discrimination against the women, is totally unlawful and unconstitutional, The time is ripe that all the political and religious leaders should come together, for the well-being of all the people, and come to a consensus for adopting the Uniform Civil Code for all the citizens of our great grand nation.