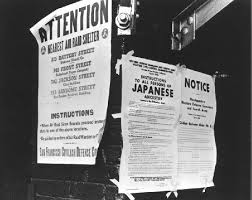 With the recent attacks on the United States by terror­ists, many Americans have been experiencing feelings of fear, sadness and tremendous anger. With Osama Bin Laden and the Taliban being held responsible, many of Middle-Eastern descent have been experiencing great prejudice and discrimi­nation and are being stereotyped as terrorists. These types of feelings are very prevalent in American society today. Simi­larly, though not widely as discussed, Japanese-Americans have felt these feelings directed toward them for several gen­erations. Going from the extreme of being herded to intern­ment camps after the surprise attack on Pearl Harbor, to the more commonplace, being stereotyped in the entertainment industry and internet sites, prejudice, discrimination and stere­otyping have been a part of the lives of many Japanese Ameri­cans.

America’s greatest acts of prejudice or discrimination next to the enslavement of African Americans were probably the internment of the Japanese during World War II. After the surprise attack of the Japanese on Pearl Harbor on December 7, 1941, there was great fear that the Japanese Americans on the West Coast would revolt and aid the Japanese war effort (“Japanese American Internment”). Much evidence pointed to the contrary though. The Munson Report investigated the loyalty of Japanese Americans and their likeliness to revolt and overwhelmingly found that they were loyal. The report also describes Japanese-Americans as having “considerably weakened […] loyalty to Japan” and is now thought of as “foreigners to Japan” (Munson Report). The report went as far as saying that “there will be no armed uprising of Japa­nese. There is no Japanese ‘problem’ on the Coast” (Munson Report).

Despite this evidence and without due process of law, over 120,000 were forced from their homes into internment camps in central United States. Families were broken apart, liberties were lost and most lost all they owned (“Understand­ing Discrimination against Asian-Americans”). This can be seen as an act of discrimination because rather than taking individuals and trying them on espionage, the American government convicted an entire race, without trial and with evi­dence to the contrary. The treatment of the Japanese Ameri­cans who were sent to the internment camps was solely based on race and not on an individual’s personal actions (“Japa­nese Internment”). The prejudice of the American govern­ment is also apparent. Over 120,000 people were sent to in­ternment camps without evidence against them. The very defi­nition of prejudice according to dictionary, com is “an ad­verse judgment or opinion formed beforehand or without knowledge or examination of the facts” (“Prejudice”). The information gathered that led up this action was ignored, and the American government simply formed the opinion that the Japanese Americans along the West Coast would revolt and that the safety of the natural born United States citizens was more important than the liberties and the lives of more than 120,000 “foreigners.” This act will forever be remembered as one of the most discriminatory and prejudicial acts in mod­em American history. A country founded on the principle that every man is created equal and that liberty is something that someone should die f0r, found itself contradicting its own teachings, and unable to control its own paranoia and feel­ings of mistrust.

War, fear and anger are not the only things that bring out the American society discriminatory, prejudicial, and stere­otyping ways against Japanese Americans. Though not widely as reported on or noticed, the entertainment industry often finds itself incurring these injustices. The entertainment in­dustry has “little understanding of Asian people [and its] lim­ited and unbalanced portrayals of Asians have traditionally been the norm” (“Asian Stereotypes”). The entertainment in­dustry in their representations of the Japanese often stere­otypes, creating an oversimplified image and conception of Japanese people (“Stereotypes”). Ultimately, a “portrayal can act as a stereotype even if its creator doesn’t intend it to” (“Asian Stereotypes”). The Japanese and Asian Americans as a whole are often portrayed as people who are unable to be­come normal functioning members of society. It is rare to find a movie with Japanese or Asian Americans in movies without an accent. These same characters are often portrayed as either comical or sinister. In many movies there are the Japanese criminal mastermind who the lead role must thwart (“Asian Stereotypes”).

In the movie, the “Art of War”, the main villains in the movie were Japanese businessman. And in many instances the only characteristics that the main character, played by Wesley Snipes, uses to distinguish the “good guys” from the “bad guys” is race. In one scene, Snipes is eating at a diner where a Japanese person is also. After finishing his meal, the Japanese person leaves but forgets his backpack. Seeing this, Snipes solely because the person, who left the backpack is Japanese, concludes that the backpack is a bomb and runs out of the diner just moments before it explodes. Basing critical judgments wholly on the race of a person shows the discrimi­natory practices that occur far too often in film. The repre­sentation of Japanese women also shows the stereotyping ten­dencies of the entertainment industry.

In many movies Japanese women are sexually stere­otyped as “exotic, subservient, compliant, industrious, [and] eager to please.” If not that, Japanese women are shown to be “inherently scheming, untrustworthy, and back-stabbing” (“Asian Stereotypes”). Whichever representation is used in a movie neither is correct. In contrast, the “Joy Luck Club” presents the lives of four Asian American women in a fash­ion that does not promote these stereotypes. In the movie, three Asian American women tell their story about their lives in China and American life. Nowhere in the movie are Asian American women presented as sexually subservient, but it presents realistically the lives of these Asian women (“Joy Luck Club”). The stereotyping in the media can readily be seen in the aforementioned examples. Characterizing an en­tire set of people with an oversimplified image is the very definition of stereotyping and is what is occurring in much of the entertainment industry today.

Prejudice against Japanese Americans not only exists in the entertainment industry, but also is becoming more preva­lent on the internet. There are numerous statements posted on several message boards that display the prejudice that many people feel toward Japanese Americans. On one such mes­sage board, a person whose, username is Golightly, describes a Japanese person whom he is having over for dinner. His memory failing him, he cannot recall his name saying it “sounds like a loud sneeze.” Later in the email, his racism and prejudice toward the Japanese becomes more apparent saying, “can’t trust the Jappos -nasty yellow devils -all that bowing -can’t look you in the eye! No time for them meself (“Enfield motorcycle enthusiasts”). Not only does Golightly use racial slurs but he also forms a judgment of all Japanese- Americans without any supporting evidence or basis for his claim. The prejudice stands out in his statements.

Similarly the website alllooksame. Com also shows its prejudice toward Asian Americans. The website poses the question if Chinese, Japanese and Korean people all look the same. The website explains that, “some say it’s easy to see. Others think it’s difficult – maybe even impossible. Who can really tell?” (“Welcome”). There is a test where a series of 18 photos are displayed and the user is asked to differentiate between the races of the people in the photos. However, the author of the webpage says ” AllLookSame. com is ultimately a joke”, there are still prejudice feelings inherent in the websites ideas (“Opinion”). By classifying Chinese, Japanese and Korean people as one large indistinguishable group, the cultural distinctions that each of these group of people pos­sess are disregarded. These generalizations are prejudice be­cause they lead visitors to make judgments on these peoples as a whole as supposed to an individual basis. In a addition, the website also stereotypes. An anonymous writer wrote on a discussion board wrote that though the website may be try­ing to promote anti-stereotypical feelings in a unique man­ner, because the site does not include a more variety of Asian races that it too stereotypes (“Discussion”). No matter the author’s intent for making this website, it cannot escape its prejudicial, racist, and stereotyping tendencies.

Prejudice, stereotyping, and discrimination will forever be a part of society, not only in the United States, but also across the world. It is human nature to classify and categorize what is around them and because of this; these racist feelings will never die away (“Contemplating Racism”). Japan is the home of a people with a rich ancestry and a unique way of life. Nowhere else in the world will you find a group of peo­ple with the same religious evolution? First Shinto, now Bud­dhism, their religious background is diverse. Nowhere else in the world will you find the same family structure? An un­wavering importance is placed on retaining customs. Their family life has remained constant for several generations. And nowhere else will you find such the same love for clothing.

Many keep up on the fashions of the western world and there are those who still wear the rich fashions of Japanese history (“Japan”). The uniqueness of the Japanese not only sets it apart from the rest of the world but also may act as the root or a catalyst for the racial problems that occur against Japanese Americans. The vast differences in their way of life make Japanese Americans seem capable of revolting against the United States or more susceptible to stereotypes.

It is people’s need to classify and categorize that has led to the belief of “race identities, stereotypes, and [race] supe­riority”. A root of racism is “over classification and ignorance of facts” about race. Though it is rare to find an individual who is not curious about ancestral traits, whether it be skin color or other physical features, this should not be used to judge (“Contemplating Racism”). As the writer of the essay “prejudice” describes, “Personalities do not lie on the outside of one’s body, but in one’s mind.” People need to avoid gen­eralizations about any culture or race because as history ex­plains this leads to great acts of injustice. Though extreme, actions similar to that of the Jewish death camps and the Japa­nese internment are still possible. It was only a few years ago that Slobodan Milosevic was practicing ethnic cleansing in Kosovo. Thousands died and more would have without United States intervention. This event shows that it is possible that events such as these can occur again. The importance of avoid­ing prejudice, discrimination and stereotyping is apparent in our world today because of these great tragedies occurring. For this to be truly avoided, the media too has to stop pro­moting these racist feelings. It is now time for those with racist feelings to look .past a person’s skin color and judge a person based on their merit. If people were to stop making premature judgments, people would begin to categorize and classify others less and racism would be ended at its root. Without this being done, prejudice, discrimination and stere­otypes will forever be a part of the lives of everyone.