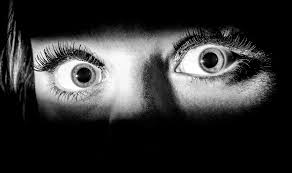 FEAR, RATHER THAN PRINCIPLES, KEEPS US ON THE STRAIGHT AND NARROW

Have you seen the TV commercial where this man finds a SOD-rupee note as he walks down the road? He stops, looks around; finding himself alone, he seems to weaken for a mo­ment, before straightening up painfully and walking away with a shrug.

Honesty? A sense of integrity? No. It’s an ad for Iodex!

Even as viewers grapple with moral issues, ironically the only thing that stops the guy from bending and picking up the note is fear of hurting his back further. A painful decision both ways.

But then honesty is painful! As are most of the “right” things in life! They don’t come easily. And, more often than not, most of us toe the straight line out of a fear of being caught doing wrong. It is fear rather than principles that keeps us on the straight and narrow. Fear of ostracisation, fear of being branded dishonest, unfaithful, immoral or a thief.

And so either you remain honest or make a great show of honesty. Honesty doesn’t come naturally to us because honesty is quite complex and again, like truth, contextual and somewhat cultural too. It’s a tag you choose to give, and then, hang yourself by. Being totally honest is pandering to your ego, convincing yourself you have achieved the impossible. And then, it certainly isn’t easy to stick to honesty when you get labeled “bechara” or an idiot for – toeing the straight line!

Wonder how Prime Minister Manmohan Singh felt the day newspapers displayed his assets on front page for all to peruse? Not a very comfortable situation, even if he had noth­ing to hide. As a result, the whole country went, “Bechara, sirfchar crorel” The rising respect in people’s eyes can only be cold comfort when you are subjected to pity as the pre­dominant emotion.

What’s bechara about an honest man? A bureaucrat friend narrates the incident of how friends told his father they would rather go to some other officer than request his son to do their work since “woh bewakoof na khata hai na auron ko khane deta hai. Darta hai!” As a result of which, they said, he was ineffective. They would rather go and pay up another officer and ensure their work gets done! So, not just bechara, but stupid and a coward as well! If that is the common per­ception about honesty, it is indeed a difficult virtue to nur­ture. As Tarun Tejpal otTehelka, who uncovered many a dis honest face, said in a casual chat, “There are no black and white rules regarding honesty. Everyone has to apply their own yardstick. Human beings are complicated and being hon­est isn’t easy.”

A colleague confessed the other day how her daughter found an expensive Barbie watch outside a mall some days ago. They asked around but couldn’t find any claimant. Strug­gling between the desire to let her child keep the watch and the fear of sending her a wrong message, the mother arrived at a compromise of sorts. She told her daughter that because what they had found wasn’t money and because they had made sincere efforts to find the rightful owner, she could keep the watch. Having done that she is still assailed by guilt pangs — not over keeping what belonged to someone else, but over whether she has sent her daughter the wrong message!

Different mothers would certainly have reacted differ­ently in this instance. Yet, each one of them would have convinced herself that she was being honest. Because in the ulti­mate analysis, you have to be honest to yourself and do what you are comfortable with.

All of us are honest. In our own way.