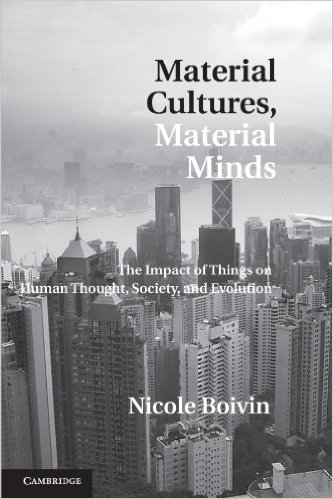 Ever since Midas’ lust for gold, it appears to be that man has acquired a greed and appetite for wealth. Juana the Priest and the doctor have all undergone a change due to money.

They are all affected by their hunger for wealth and in turn are the base for their own destruction, and the destruction of society. Steinbeck’s “The Pearl” is a study of man’s self-destruction through greed. Juana, the faithful wife of Kino, a paltry peasant man, had lived a spiritual life for what had seemed like as long as she could remember. When her son Coyito fell ill from the bite of a scorpion, she eagerly turned towards the spiritual aspects of life. Beginning to pray for her son’s endangered life. The doctor, who had resided in the upper-class section of the town, refused to assistant the child, turning them away when they arrived at the door. Lastly, they turned to the sea to seek their fortune. When Juana set sight on the “Pearl of The World.” she felt as though all her prayers had been answered, if she could have foreseen the future what she would have seen would have been a mirror image of her reality. Juana’s husband was caught in a twisted realm of mirrors, and they were all shattering one by one. In the night, he heard a “sound so soft that it might have been simply a thought…” and quickly attacked the trespasser. This is where the problems for Juana and her family began. The fear that had mounted in Kino’s
body had taken control over his actions. Soon even Juana, who had always had faith in her husband, had doubted him greatly. “It will destroy us all” she yelled as her attempt to rid the family of the pearl had failed. Kino had not listened how ever, and soon Juana began to lose her spiritual side and for a long time she had forgotten her prayers that had at once meant so much to her. She had tried to help Kino before to much trouble had aroused, only to discover that she was not com­petent enough to help.

A hypocritical oath is said before each medical student is granted a Doctors degree. In the oath they swear to aid the ill, and cure the injured. In the village of La Paz, there lived a doctor who had earned his wealth by helping those that were ill and could afford his services. Not once in his long career would he have dared refuse to aid a wealthy lawyer or noble­men. However when Kino and the group of money hungry peasants arrived at his door with a poisoned child, he had refused them entry saying, “Have I nothing better to do than cure insect bites for ‘little Indians’? I am a doctor, not a vet­erinary.” for the doctor had known that the peasants hadn’t any money. He had been to Paris and had enjoyed the splendors of the world, and therefore he wouldn’t be seen dealing with the less fortunate as he knew that the less fortunate would surely always be just that-less fortunate. However, it seemed that he had been stereotypical of the less fortunate. As he soon discovered, hearing of a great pearl discovered by the peas­ants who had knocked upon his door earlier that day. A hun­ger for wealth was what pushed him to visit the peasants’ house and aid their destitute son. However, he had already ended Coyito’s life without knowing he’d done so, for if he had administered aid to Coyito when they were first at the doctors door, Kino would have no reason to seek his fortune in the ocean, and would not be led down the road to hard­ships. One might think that a doctor, one who has the image of being passive and caring should not stoop to such a level.

When one is down on their luck, chances are they will turn to superstition in hope to acquire what it is that they would want to achieve. A good example of this would be a good luck charm such as a rabbit’s foot. In La Paz the peasants were uneducated and probably had never heard of a supersti­tion. The peasants only reliability, there only scapegoat was God. God had always been there to aid them in their times of need. The first reaction of Juana when seeing the scorpion is a good example of spirituality, rather than attempt to kill the scorpion she began to pray to God for safety.

In La Paz, the only form of God that the peasants knew was that of the Priest of the church. To the peasants the Priest was so God-like that they were unable to see any faults in his actions. However, the reader is able to determine that the Priest is abusing his position in society. In order to receive the sac­raments the person requesting the sacrament must “donate” a small amount of money to the church. Whether this is correct or not is a matter of opinion. The church definitely needs fund­ing but the peasants are unable to donate these funds, but does that make them unable to receive the sacraments should they want to acquire them? The Priest is so set on achieving money and social status that he puts aside the real reason one becomes a Priest- to help, and teach the word of God.

In “The Pearl”, Steinbeck expresses the fact that man’s manifestation for wealth and property leads to the self-destruction of man, both mentally, and physically. The Priest of La Paz, The doctor, and Juana were all affected by the affects of greed. Whether they are striving for wealth or are in the path of those that are, they are all equally affected. The story of Midas lives on as a caution to those who crave the warmth and comfort of money. Beckoning to those who struggle to achieve wealth, and hoping that they will respond, and possi­bly not put wealth on the top shelf of life.