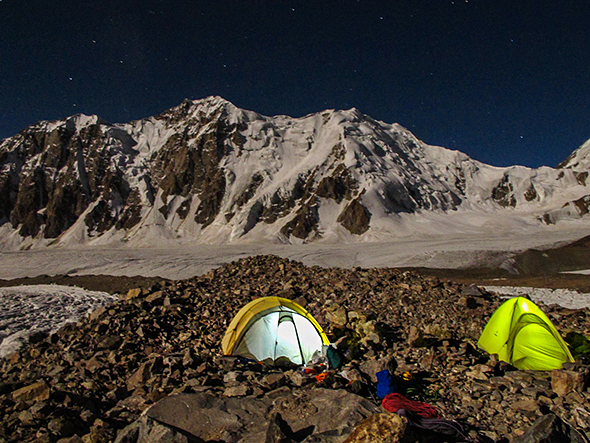 She doesn’t wear a burkha, but never steps out without a hijah. She has picked up a smattering of Dari, and travels around the beautiful war-ravaged Afhan countryside without bodyguard What’s more, Bhawna Agarwal loves the local mehman nawazi so much that she lives as a house guest with an Afghan family in Kabul. This when most foreigners in the city cannot imagine living outside a UN-approved safe guest­house with shatter-proof windows, high barbwired walls and a burly pathan to guard its gates. No wonder, Bhawna finds her life in the badlands of Afghanistan “exciting, challenging and adventurous with enough risk involved.”

But Bhawna is not alone. Ever since the guns have died down in the picturesque Kabul valley, and the world is doing its bit to reconstruct the war-torn country piece-by-piece, thou­sands of foreigners have made the country their home. From UN agencies to NGOs, private donor agencies to MNCs. everyone now has a presence in this country once overrun by the Tulibans. Interestingly, many among these have attracted Indian women, who have given up their cushy life, to work in the strife-torn country.

They are ordinary women, living extraordinary lives. They brave threats, face restrictions and sometimes, have close shaves too – – after all working in Afghanistan is not for the faint-hearted. But they are a confident and adventurous lot.

Take Pushpa Pathak. A senior urban development advi­sor to the Kabul municipality, Pushpa has been working there since 2004. Initially, she worked for the UN and her job in­volved travelling from Kandahar to Bamiyan and Herat “I knew the situation outside Kabul was very different. In Kandahar for example, there were hardly any women on the streets. I was the only woman amongst the 50-odd partici­pants at the Kandahar Action Planning Workshop. Foreign­ers had curfew from 6 pm to 6 am and were not allowed to move outside the green zone,” she says. Yet, she dared to go back again after her UN term ended, this time to work for the Kabul municipality.

Incidentally, Pushpa has already had two close encoun­ters. Once in 2004, when a bomb exploded so close to her guest house that it shattered the glass windows. The second time was in May 2005, when antiforeigner riots raged through Kabul, and several guesthouses where foreigners stayed were vandalized. She was caught in her office in the Kabul mu­nicipality and had to flee by jumping walls.

Bhawna, too, has been working for two years as a free­lance business consultant for Livelihood Promotion. “I came on the invitation of my friend,” she says. Now, her work takes her all around the country. “I have travelled all around and found being an Indian is an advantage. They respect us a lot. However as a woman people do expect us to behave in a certain manner”. And while travelling to the east and south one has to be extra careful- people there are very conserva­tive. “During my trips, I was accompanied by a mehram, which means, a male member from the family accompanies the women everywhere. So my friend’s brother came along. More importantly, outside Kabul, the initiative has to come from the person accompanying me, only then are the men willing to talk,” Bhawna explains.

So, how do the locals react to a single women living alone? Pushpa says the fact that she’s living alone does sur­prise most Afghans. ‘They live in extended families and can­not understand why anybody should live alone, be it a man or woman. In the workplace, the men are generally formal and polite, ‘initially, my colleagues were reserved and not sure how to react to a senior women advisor. That’s because I am the only senior women the Kabul municipality ever had at the management level. It took me some time to establish trust and professional credibility. Now, I’m integrated in the system and work normally.”

Interestingly, all these women have realized adapting to the culture does make life easier for them. Most of them have made minor changes in their clothes to fit in. Like Jyotsna Rege who has been in Kabul for eight months and works for Ariana Airlines. “I chose to cover my head because I believe ‘fitting in’ keeps one secure and I have not encountered any problem so far. In fact, all working women wear formal clothes, so, my clothes never attracted much attention. People couldn’t even guess I was an Indian,” she says. And it’s not the Afghan women are not in touch with the latest in the fashion world. “Everyone is very conscious about the way they look, especially the women. They spend a-lot on clothes and under those burkhas they wear the most beautiful and fashionable gowns,” Bhawna adds.

But life is not easy for these brave hearts. For, they don’t have the freedom of moving around and doing mundane things like shopping, hopping on to a bus, or watching a movie. Their social life is restricted to meeting guesthouse mates in the dining room and cooking during weekends. Even if they do step out for the occasional dinner in a fancy restaurant, they have to be back within the stipulated time. What’s more, some­times they have to cancel appointments due to sudden secu­rity alerts.

Besides, food too could become an issue especially, if you are a vegetarian. “I’m a hardcore vegetarian and that is a problem. There are no ready to-eat vegetarian food available either in the market or restaurants here. Besides, seeing meat hanging all around the place makes me nervous even today” says Bhawna.

So, do they ever feel scared? Sometimes, but they keep alert and follow the security restrictions, “During win­ters, I used to feel uncomfortable after sunset. But I engrossed myself in books and kept away from negative news. Also, I kept in touch with the Indian embassy. And yes91 picked up hobbies that I had given up or had no time for in India”.

Yet, nothing really deters them, not even emotional out­pourings from their family members back home. Pushpa says her brothers were against her working in Afghanistan, but knowing her adventurous nature, they gave in. So did Bhawna’s family. Of course, they are worried but they sup­port their brave daughter all the way. As Bhawna stuns up, “I enjoy being here with all its challenges. It’s exciting to be in a different environment where things can happen anytime. But working with the community makes me happy and satis­fied. And I would want to be here until I can keep getting work and make a small difference to people’s lives.”