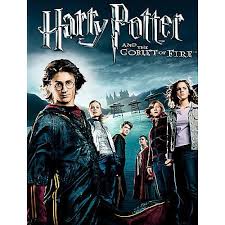 ‘Harry Potter and the Goblet of Fire’, written by J. K. Rowling, is an excellent example of a modern novel that uses medieval influences extensively. Many of the novel’s charac­ters are based on medieval ideas and superstitions. The set­tings in the book resemble old medieval towns as well as castles. The book is also full of medieval imagery such as knights in armour, carriages etc. Whilst there is no time travel involved in the novel, the medieval period is used to such an effect that the reader is encouraged to ignore the fact that the book is set in the present.

People in the medieval era were quite superstitious. They believed in fictional characters such as witches and wizards. ‘Harry Potter and the Goblet of Fire’ is a novel based on the existence of witches and wizards in secret communities. The medieval period is well known for the hierarchy of society. The society consisted of landlords and their servants. This medieval element was brought into the story in the form of house elves. House elves are little creatures that work for the wizarding communities that have no rights and are unable to use any magic:

“The tiny creature looked up and parted its fingers, re­vealing enormous brown eyes and a nose the exact size and shape of a large tomato…it was.. .unmistakably a house-elf, as Harry’s friend Dobby had been. Harry had set Dobby free from his old owners, the Malfoy family.” (p88)

The novel also incorporates fictional animals that medi­eval people believed to be real. These include creatures such as dragons, trolls, and three-headed dogs:

“Dragons. Four fully grown, enormous, vicious-looking dragons were rearing on their hind legs inside an enclosure fenced with thick planks of wood, roaring and snorting- tor­rents of fire were shooting into the dark sky from their open, fanged mouths, fifty feet above the ground on their out­stretched necks.” (p286)

People living in the medieval era created stories about creatures such as these and heroes that defeated them. In this way, Harry Potter and the ‘Goblet of Fire’ use medieval in­fluences.

The settings used in ‘Harry Potter and the Goblet of Fire’ are typical of those found in literature of the medieval period. The opening scene is set in a very typical present day subur­ban street. The following scene is set at the ‘Hogwarts Cas­tle’. A castle is a very typical medieval image used in a lot of medieval literature. Another common medieval image is that of hoards of people around a stadium watching a sport or a fight. This image is brought into the novel with the ‘Quidditch World Cup’:

“…the roar of sound that was now filling the packed stadium; his voice echoed over them, booming into every corner of the stands: ‘Ladies and gentlemen… welcome! Welcome to the final of the four hundred and twenty-second Quidditch World Cup!” (p93)

An important setting in ‘Harry Potter and the Goblet of Fire’ is the last remaining pure wizading town named Hogsmeade. The students take trips there several times a year. A particularly famous landmark in this town is a typically medieval pub name The Three Broomsticks:

“The pub was as crowded as ever…he went up to the bar with Ron and Hermione and ordered three butterbeers”(p386) The settings are very typical of the medieval time and the contrast with the present day suburban street at the begin­ning gives them a greater effect.

There a many objects used and described in the novel that reinforce the medieval influence. These are mostly things used around the castle eg. Parchment and quills are used in classes instead of pens and paper, the students travel to the castle in carriages and they use trunks instead of suitcases. Another medieval influence used in the novel is the use of robes as Hogwarts formal dress. Robes are often associated with monks in a monastery, which is a typical medieval im­age. The gradually built up description of the castle and the ornaments that line the corridors gives a very medieval feel. There are images of armory, massive portraits, and secret passageways.

‘Harry Potter and the Goblet of Fire’ uses the medieval period to set the novel, while still in present time, completely away from civilization. It does this by using typically medi­eval images in the characters, the settings and various objects described in the novel. The medieval period is used very ef­fectively and provides a great contrast for the substance of the plot when compared with the very beginning and the very end