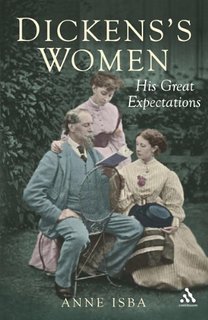 HOW SUCCESSFUL IS DICKENS IN HIS PRESENTATION OF FEMALE CHARACTERS?

There are many female characters in Great Expectations, but most of them are quite incidental and of no great signifi­cance to the plot. Some of them however are essential to the story and play a large part in the plot. Miss Havisham, com­bined with Estella are the people who are the ‘snobby’ influ­ence in Pips life, they seem to become desirable characters to Pip after he meets them for the first time at Satis house. Their values do battle with his own at the end of chapter 9; the values that Miss Havisham and Estella have introduced to him, and Joe’s humanistic values that he has grown up with. Questions have been raised over whether Miss Havisham and Estellas are believable as actual characters. Miss Havisham can be described as over-dramatized as a decaying part of a decaying house where time has been suspended. She is calculated and spiteful almost to unrealistic odds. There is also a hint of witchery in her character, evident in chapter 29 where she tells Pip to love Estella; “if she tears your heart to pieces -and as it gets older and stronger, it will tear deeper – love her, love her, love her!’… It could not have sounded from her lips more like a curse.” This passage, where Miss Havisham is charged with almost a sexual energy, is quite frightening to the young Pip. She has created Estellas to wreak her own revenge on men, and is successful in this, but in the process becomes devoted to Estella herself, and then feels pain when Estella cannot return her feelings as she has been rendered ‘heartless’ by Miss Havisham’s upbringing. The fact that she shows remorse at the end of the book gives her character an added depth, and therefore most people feel she becomes more realistic. She is a victim of her own creation, and a figure of pity.

We first meet Estellas as a quite nasty child, very aware of how her class makes her ‘better’ than most people. She enjoys Pips pain and humiliation when he visits Satis house, and enjoys putting him down due to his “labourers hands” and “coarse boots”. In the true style of a young lady of her class of the time she is sent abroad to a ‘finishing’ school, and returns to her debutante in London, once again meeting Pip. She fills Pip’s mind and heart once again. Marriage to her becomes his dream. To him, she is an idealized image and a vague aspiration rather than a real hope, which he seems to realize, but the binding of Estellas spell over him keeps him ‘devoted’ to her. The adult Estella is flirtatious but cold. She does however show a warming to Pip, but tells him many times that she “has no heart”, (Chapters 29, 33. and 38). We are given odd glimpses of and unhappy childhood, especially in chapter 33. She does not seem to understand why she is emotionally appealing to Pip, especially in chapter 34. Why she chose to marry Drummle is never made clear, but the fact that she does so seems to give her character a more realistic edge. She marries him more than likely sub-consciously know­ing he will abuse her, but she thinks that’s all she deserves, as she has ‘no heart’ and so cannot return the love of a kind and loving man. Estella is not portrayed with the same psycho­logical insight as Pip. We see his thoughts and feelings whereas we have to guess Estellas. Pip is a very realistic character although it would be possible to describe Estella as unreal­istic character-wise although the bitterness towards Miss Havisham that emerges on page 267 adds a depth to her char­acter.

Biddy is the third main character. She is important to the boy-Pip as she represents his path to gentleman-hood, as she can educate him. She has the fact that she is also an orphan in common with Pip, and is portrayed as dignified and caring. She feels pity for Pip but is quite aware of his faults. She becomes a new confidant for Pip as the novel progresses, and listens to him patiently. She also serves as his conscience as he matures, and is a counter-balance and contrast to the arro­gant Pip.

All the female characters are well integrated into the plot and structure of the novel as well rounded characters well comes to empathize with. Biddy fits into the structure as a female equivalent of Joe. She is a natural gentle-woman to his gentle-man. She and Joe form part of the rural idyll in the novel. Miss Havisham is one of the main hinges of the plot. She appears to be responsible for his good fortune, but is not. She is almost indistinguishable from her house, and both are very memorable, for all her sins, she is trapped in a web of her own making but she realizes it at the end and so we can feel pity for her. Estella is a complex character who considers herself unable to feel emotion due to Miss Havisham’s up­bringing. She is essential to the plot as she is the main reason Pip develops any aspirations to being a gentleman at all. He wishes to marry her and be worthy of her. It is possible to question all the main female characters in Great Expectations as to whether or not they are realistic, but it is important to remember that a women’s role was very different to what it is now, and so the characters in Great Expectations would dif­fer from our perception of a woman and her behaviour.