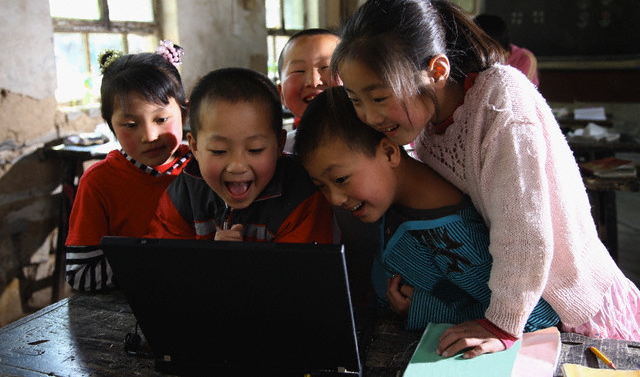 HAS CHINA WON THE WAR AGAINST ILLITERACY?

China has pledged time and again to wipe out illiteracy, which makes the story of Zhou Jihan quite awkward. Not because she has yet to master her Chinese characters, but be­cause there are still many millions of Chinese struggling like her to learn to read and write as adults. That’s a shame Beijing would prefer you did not read about.

Zhou, now 36, grew up in a poor family in a remote village in western China. Because even the local primary school charged high fees, Zhou’s parents made what the whole family considered an easy choice: Zhou’s brothers went to school, and she and her sisters stayed home to work on the farm. I never went to school once in my childhood,” said Zhou. “We followed the tradition of paying more attention to the boys of the family than to the girls.” She’s proud to have memorized more than 1,000 Chinese characters, but must learn 500 more to be considered literate. But Chinese authorities had promised more than painstaking progress.

In 2000, the Chinese government announced that it would wipe out illiteracy among adults as well as ensure free nine year compulsory education for children by 2005. In 2002, state
media reported great strides: the illiterate share of the population had fallen from 22.3 percent in 1992 to just 8.7 percent. That was the last time Beijing released official figures on illiteracy. But in April, the state-run English-language China Daily announced that illiteracy had returned to “haunt” the country. The article quoted a top education official, Gao Xuequi, saying at a conference that the number of illiterate Chi­nese had grown by more than 30 million from 2000 to 2005, creating a ”worrying” situation.

That report cast doubt on China’s claim that its citizens are among the best educated in the world. Two days later, China Dailyapparently under pressure, ran a correction saying Gao’s figures were unofficial, as well as a story claiming that illiteracy is, in fact, in decline. Most experts don’t buy it, saying Beijing never put the necessary funding behind its literacy drive. Wu Qing, founder of the Cultural Develop­ment Center for Rural Women, which offers classes to illiter­ate women, calls education reform a “total failure.” Huang Yasheng, a professor at MIT’s Sloan School of Management, says local governments shifted so much money from education to infrastructure in the 1990s; local schools had to shut down or charge fees. “The government in the 1990s systematically underfunded education and shifted the burden of funding to the poor Chinese rural residents,” Huang says. “The next ques­tion is that if they did not fund education, what did them fond? The answer is all around you in Beijing and Shanghai-the massive and utterly unproductive building boom.”

As early as 1986, the government guaranteed free edu­cation to all school-age children through grade nine. But the policy has not been enforced, especially in the countryside. Many schools continue to charge admission, or tack on fees for everything from pencils to exams. Earlier this year, Xu Rong, who works at the Cultural Development Center, took officials from the Ministry of Education to see firsthand the educational challenges in a poor village in western China. A young mother who suffered from malnutrition told the visi­tors she was selling blood to pay for her children’s primary schooling. The officials asked her whether she knew school was supposed to be free, and the woman promptly replied that it was-but she had to pay for every textbook. The of­ficials “were shocked,” said Xu. Peasants who move to the cities face even greater obstacles to getting an education. Many cities deny migrant children access to public schools. Others charge high fees, arguing that migrant children are temporary residents, not entitled to free schooling. Girls get hit hardest: a 2003 U.N. report estimated that up to 80 percent of illiter­ate Chinese were women.

Faced with financial hardship, even some relatively well-off peasant families are deciding that the cost of schooling is not worth the benefit, says Hu Xingdou, a professor of eco­nomics and culture at the Beijing Institute of Technology. Competition for college is brutal, and even those with de­grees are finding a hard time getting jobs. “They don’t want to study because they figure if they cannot go to col­lege, it’s of no use,” says Hu,

Most, of course, keep struggling. Zhou says illiteracy made her feel so inadequate, she would never allow her own
kids to suffer the same fate. “My daughter is taking the college-entrance exam now,” says Zhou. “I hope she can become a college graduate and realize my own childhood dream.” So does Beijing. But it will need to pay for that dream.