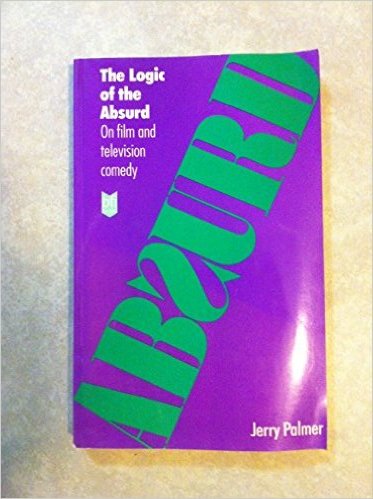 LOGIC OF THE ABSURD

Man’s fundamental bewilderment and confusion, stems from the fact that man has no answers to the basic existential questions: why we are alive, why we have to die, why there is injustice and suffering, all this serve as the impetus for such thinking. Man constantly wonders about the truth of life and realizes that the more you expect from it, the more it fails you or may be the more we expect from ourselves the more we find ourselves engaging in a futile battle with the odds. May be the truth is the realization of our limitations and the po­tency of these odds that press you down with their brutal truths…. …. brutal?, can the truth be brutal. However, the truth is the God, ourselves, the destiny that rules us and fash­ions us, oiler a strange decree which we fail to unravel.

“What do I know about man’s destiny? I could tell you more about radishes.”

Concerning itself with such questions is the genre of literature is the movement called THE THEATRE OF THE
ABSURD’.

The Theatre of the Absurd (50’s) draws on the existen­tialist writings of Jean Paul Sartre and Albert Camus. Camus adapted Dostoyevsky’s The Possessed to the stage (1959). Mostly, his writing was concerned with the dilemma of indi­viduals who believe that values are relative but who cannot live without moral commitment. Camus argues that human­ity has to resign itself to recognizing that a fully satisfying rational explanation of the universe is beyond its reach; thus the world must ultimately be seen as absurd. The underpinnings of the Theatre of the Absurd are derived from these existentialist ideas that led to Absurdism. Absurdism teaches, much like Camus that cannot be justified in a rational manner is absurd. Since religion requires a “leap of faith” (Kierkegaard) it is absurd, just as life itself is absurd.

The Theater of the Absurd refers to tendencies in dramatic literature that emerged in Paris during the late 1940s and early ’50s in the plays of Arthur Adamov, Fernando Arrabal, Samuel Becket, Jean Genet, Eugene loneseo, and Jean Tardieu.

A term coined by the critic Martin Esslin, “The Theatre of the Absurd” refers to the work of a number of playwrights, mostly written in the 1950s and 1960s. Its roots lie in an es­say by the French philosopher Albert Camus. In his ‘Myth of Sisyphus’, written in 1942, he first defined the human situa­tion as basically meaningless and absurd. The ‘absurd’ plays by Samuel Beckett, Arthur Adamov, Eugene lonesco, Jean Genet, Harold Pinter and others all share the view that man inhabits a universe with which he is out of key. Its meaning is indecipherable and his place within it is without purpose. He is bewildered, troubled and obscurely threatened.

Seeing man as the very center of the universe and then finally realizing that his position in this vast godless arena is as petty as his existence. Thus the whole idea becomes sheer absurdity…. is God for man? Or man for God?

Absurdism is more than just a movement it is an idea, which is commonly associated with existentialism. Begin­ning in the 19th century, mainly through the influence of Sorcn Kierkegaard, religion was often described as absurd because it could not be justified on rational principles; rather, it was considered as based on what Kierkegaard called “a leap of faith.” In their discussions of consciousness, Martin Heidegger and Jean Paul Sartre described the human consciousness as facing an apparently absurd world—absurd because it finds itself at the crossroads of Being and Nothingness, baffled by the meaninglessness of the human condition. Sartre’s ideas of absurdity, anguish, and disgust are expressed in his plays and novels, especially in Nausea (1938; Eng. trans., 1949). A philosophical basis for the modern theater of the absurd has been established by other existentialists, such as Albert Camus, Karl Jaspers, and Gabriel Marcel.

The Theatre of the Absurd does not show man in a his­torical, social, or cultural context, it does not communicate any general views of human life. It is not concerned with con­veying information or presenting the problems or destinies of characters that exists outside the author’s world (they are cre­ated by author, but have their own created life). It is not con­cerned with the representation of events, the narration of fates, or the adventures of characters. It is instead interested in the presentation of an individual’s basic situation. “It presents individual human beings intuition of his basic situation as he experiences it”.

No doubt that the term “theater of the absurd” derives from the philosophical use of the word absurd by such exis­tentialist thinkers as Albert CAMUS and Jean Paul SARTRE, but far from concerning itself with the rather nerve straining philosophical studies of abstractions it encompasses in its domain hard and concrete entities of life such as pain, mis­ery, tears, fears, and the never ending desire of man to seek the answers to all the questions; Camus, particularly, argued that humanity had to resign itself to recognizing that a fully satisfying rational explanation of the universe was beyond its reach; in that sense, the world must ultimately be seen as ab­surd.

To the absurdists the whole idea of struggle appeared as the most ridiculous thought. They saw man struggling in sheer hopelessness to get a glimmer of the world that he had dreamt of in some part of his life. All the religions, faiths, beliefs, superstitions; have tried to solve the question that why is there all the imperfection? And sadly enough by reflecting on the situation that prevails around us one can come to a very de­spondent question-has God failed? And where do we find the answer; alas nowhere! Apparently the absurdists may appear as atheist or agnostics but in reality they were probing into those facets of humanity that concerned itself with self-faith. Their focus might have been on the fact that self-belief leads to faith in God. They were concerning themselves with the question that why has the belief in God and His omni potency disappeared from human minds? Thus the Theatre of the Absurd also seems to have been a reaction to the disappear­ance of the religious dimension form contemporary life. The Absurd Theatre hopes to achieve its aim of presenting this idea of vanished faith in the self and God by shocking man out of an existence that has become trite, mechanical and com­placent. Though at times it may appear masochistic at times but it is felt that there is mystical experience in confronting the limits of human condition. And the absurdists hope to draw the solution of desperation that man confronts from this mysticism drawn from the realization of human limitations.

The Theatre of the Absurd was undoubtedly strongly influenced by the traumatic experience of the horrors of the Second World War, which showed the total impermanence of any values, shook the validity of any conventions .and high­lighted the precariousness of human life and its fundamental meaninglessness and arbitrariness. The trauma of living from 1945 under threat of nuclear annihilation also seems to have been an important factor in the rise of the new theatre. Thus while presenting the brutal realities of life in their most bla­tant form Absurd plays assumed a highly unusual, innovative form, directly aiming to startle the viewer, shaking him out of this comfortable, conventional life of everyday concerns.

The playwrights loosely grouped under the label of the absurd endeavor to convey their sense of bewilderment, anxi­ety, and wonder in the face of an inexplicable universe. They rely heavily on poetic metaphor as a means of projecting out­ward their innermost states of mind. Hence, the images of the theater of the absurd tend to assume the quality of fantasy, dream, and nightmare; they do not so much portray the out­ward appearance of reality as the playwright’s emotional per­ception of an inner reality.

The Theatre of the Absurd diverted human interest from nature and directed it at man and his thinking. This interest in a subject, individual human thinking, and the individual’s situ­ation corresponds with the philosophy of existentialism (Heidegger, Jaspers, Camus, Sartre…), which is focused on the Subjective, individual’s experience in a concrete fatal situ­ation. While the philosophers deal with the absurdity of hu­man existence rationally, using philosophical language; the absurd dramatists express it in concrete dramatic pictures. They offer us the opportunity to not only think about absurd­ity, but to feel it and experience it simultaneously with the actors and the author, who transforms his mind into a sym­bolic dramatic language.

Samuel Beckett’s Waiting for Godot is probably the most famous absurd play to date. The characters of the play are absurd caricatures that of course have problems communi­cating with one another, and the language they use is often times ludicrous. And, following the cyclical pattern, the play seems to end in the same state it began in, with nothing really changed. And that is perhaps the reality of life itself that it will keep on going round and round till we perish away. At the end the truth that these absurdists presented was that at the end of the road nothing really matters.

Eugene ionesco remarked “The universe seems to me infinitely strange and foreign. At such a moment I gaze upon it with a mixture of anguish and euphoria; separate from the universe, as though placed at a certain distance outside it; I look and see pictures, creatures that move in a kind of time­less time and space less space emitting sounds that are a kind of language I no longer understand or ever register.”