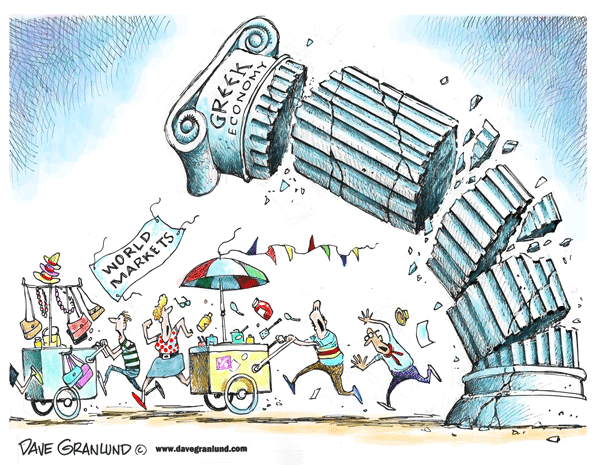 In the late Bronze Age and in the Early Iron Age, the use of standardized size and weights grew out of practices. Until the 60 BC, coins were made of electrum. The electrum was a natural alloy of silver and gold, and it was adopted from the Greeks who lived in Asia Minor. Later, many Greeks who lived in the city-states adopted silver. Many different types such as obol, litra, stater, didrachm, tetradrachm and octadrachm of the weight standards for coins were used throughout the Greek land.

In the 750-550 BC, the Greeks started to spread their colonies to the Mediterranean and Black seas. Those colo­nies had very good access to native markets, and they sup­plied the Greeks with the meat, dried fish, hides, wool, and many other valuable resources. This trade exposed the do­mestic market to imported luxury brought from Egypt, the Levant, and Asia Minor. The “open market” had an impor­tant impact in the development of the Greek’s art.

Manufacturing was absorbed only by small numbers of workers, usually slaves or free people who were very poor. Those activities required a broad range of skills — the stone, clay and metal trades, sculptures, potters, painters; the cloth­ing industry; the leather trade, tanners and cobblers; construc­tion, stonecutters, carpenters; maritime transport, ship build­ing, food production and many others.

The ancient Greeks were very religious people. They were polygamies, and they believed that a certain god shows up in a human form. In the Greek art, especially on the vases, many scenes with gods were illustrated. For people of the ancient Greek, many gods usually had the affair with the usual man. This is even written in some myths, and the result of that event was that many demi-gods appeared.

Sacrifices were the gifts for their gods. There were two types of sacrifices the bloodless (roots, cereal grains, fruits, cheese), and blood-offerings (animals, birds and fish).

The Greeks housed their gods in temples, which were often enclosed by the walls. In the inside of the temples, big statues of their gods were exposed. When the ceremony took place, those statues were even bathed, clothed, and symboli­cally fed.