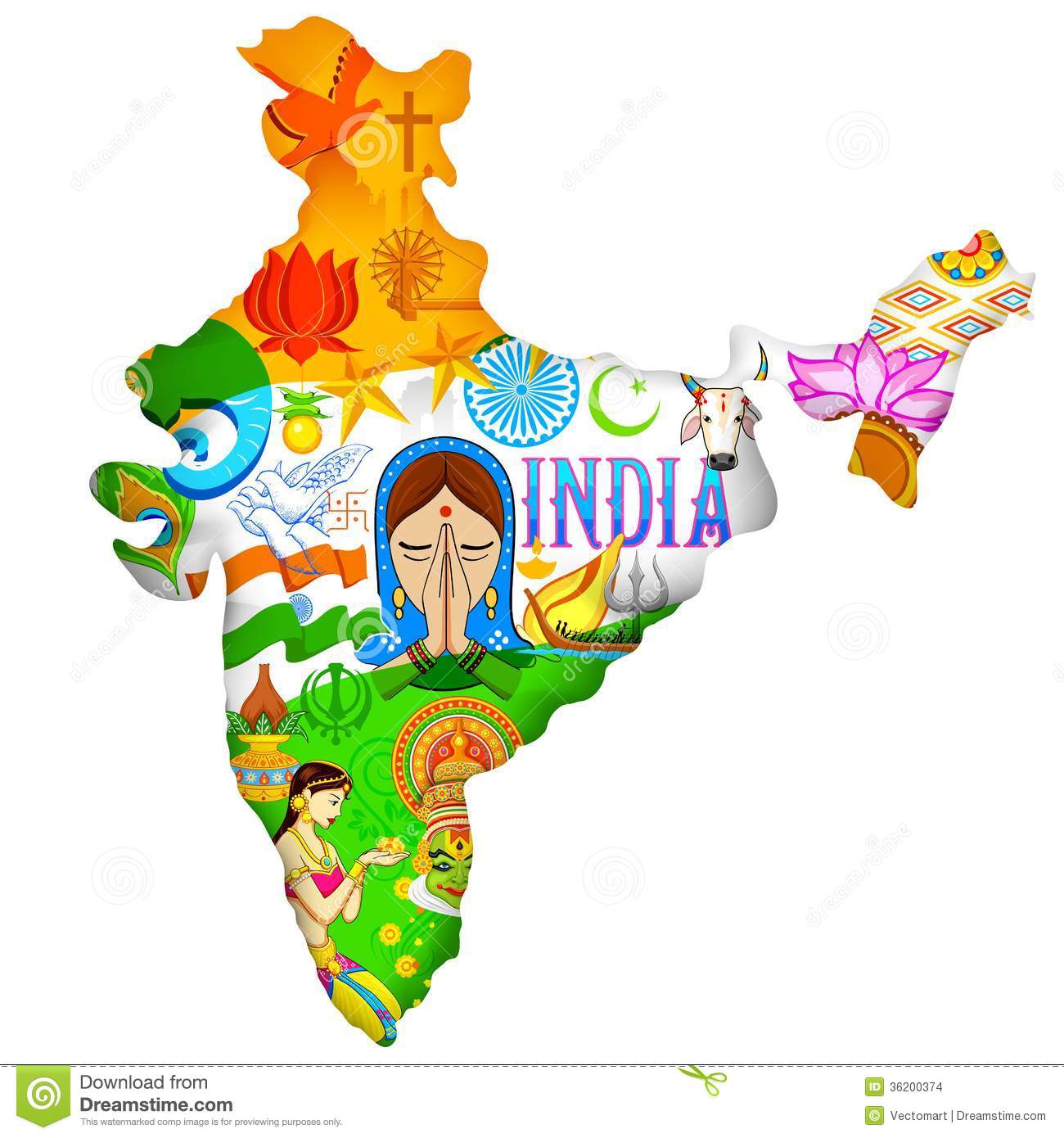 IS INDIA A SOFT STATE?

“Hard power yields obedience, while soft power yields acquiescence. The former is the foundation of state strength, but the latter helps consolidate that strength: History suggests that synergistic use of both forms of power allows a state to gain global influence”.

India, being a secular state has always faced difficulty in maintaining its integrity every now and then. But still, the unity among people and the prevailing brotherhood in the country have kept us intact despite being the most diversified country. We the people of India are basically very generous. We like our friends and, we love our enemies. Call it the teachings of Mahatma Gandhi or the modern form of Gandhigiri, compared to other nations, people in our country are not so rebellious. Our government always extends hands of friendship but never fastens its belt to initiate a war.

So far India has been labelled as a soft state. We have failed to protect our national interests on several occasions. Thanks to the petty politics and indecisiveness of our leadership, time and again our security forces have been the victim of apathy of our leadership. Imagine looking back fearfully each time you enter a temple, looking suspiciously at your fellow passengers while travelling by train. It is this reaction that a terrorist gloats on. To strike fear is the utmost target in his mind. When we succumb to that fear and terror, his goal is achieved. As long as, we show compassion for the accused, we will not achieve the goal of ridding our country of terrorism.

That is exactly what our problem is. We don’t need to essentially prove that India is soft in combating terrorism. Anybody who reads newspapers will know that we are. Anybody who flies by Indian airways will know. Anybody who thinks that we gave a free ride to three of the worst criminals to a place called Kandahar in the distinguished company of our foreign minister would know that we are a soft state. The Indian Police have such a distinguished record of being a terror in UP. Our policemen rub chilly powder into the eyes of prisoners. And if they do not sing as our policemen would want them to, they are hung upside down. Sadly, these brutalities are frequently committed in a country which is proud of its human rights awareness and constitutional guarantees. It’s basically a matter of attitude. Our country’s leaders’ attitude does not reflect a national resolve to pay the price required to fight terrorism. That’s our problem. Be it the Mumbai Attacks, or any other such blows, we have been passive in our approach to fight our enemies. There is no idea, why Kasab still seeks freedom even when video footages prove him guilty, and Indian Government has not taken any firm decision to fight this out.

We know that poverty in India still dominates prosperity. But, the glitter of IT and other prospering industries are praised to an extent that often covers the reality. We are no more in a situation to compare ourselves with China. We Indians still consider that China is a developing country like India (technically it is), but that is not true. The most powerful nation after US in terms of anything (especially military and defence) is China. Today’s world currency markets are governed by China. US federal banks think twice before taking any decision regarding China, as it holds the maximum dollar reserves compared to any other country.

The nation can transcend only if there is peace, and it is the high time to terminate this nuisance of terrorism to their roots. Besides terrorism, India has numerous other problems too. The moment the country thinks of developing something it faces the tough reality. Building infrastructure is of immense importance for India but the pathetic condition of the poor gains priority. It is difficult has to turn away from reality, high population, illiteracy, unemployment, social marginalization, poverty, highly appalling condition of public health and much more make our country weak.

In terms of population size, India is next only to China. But, population is both an asset and a curse for India. Its state of Uttar Pradesh (176 million) holds more population than that most of the major powers, Russia, UK (59 million), and France (59 million). India’s middle class, which is estimated to be around 300 million and pool of scientific manpower which is the third largest in the world, is definitely an asset, especially as all the major powers (barring China) are likely to depend on the Indian human resources because of their falling birth rates and ageing population. However, India’s large numbers of unskilled and illiterate people are a bane for the country’s power capability.

It is difficult to draw comparisons with regard to soft power indicators as these are intangible. Soft power resources complement hard power resources and in the increasingly interdependent world, their importance as low cost means for exercising and preserving a state’s power externally is becoming important. Major Powers use norms to legitimize their international status. In this regard, India’s, normative influence has been reasonably high in the developing world. India has been a consistent voice on behalf of the developing countries.

As a leader of the non-aligned movement, it has championed global equality and new international economic order. This stance has been manifest in India’s positions at the international trade talks and in the United Nations forums such as the UNCTAD. Further, India’s own track record as a democracy also enhances its normative power. Major Powers use institutions to legitimize their position. In this context, India has been an active member of several international economic institutions and regimes. It has exercised institutional power from time to time, through its leadership in G-77, G-20 and the non-aligned group. It’s contribution to the UN peacekeeping efforts since the early 1950s also enhance its institutional influence.

India, however, ranks low in other sources of soft power such as state capacity, strategy and- national leadership. Indian States has been unable to develop adequate strength to generate loyalty and discipline among its population. India is described as a ‘soft state’ also because of its failure to enforce enacted policies. In the area of strategy and diplomacy, India’s record has been mixed. While the anti hegemonic theme of its diplomacy helped in establishing a role in the global institutions, forging third world solidarity and helped in bargain on North and South issues, it alienated the US and the Western countries, which attempted to contain and balance India by propping up a weaker Pakistan.

National leadership, important to translate other power resources into international influence, also has been a mixed bag. In the early years after independence, India’s international influence has been mainly because of the commanding leadership of Jawaharlal Nehru. Though India became inward looking after the reverses in the 1962 Sino India war, Mrs. Indira Gandhi did exert some influence overseas.

Through its independent existence, India has largely been a soft state committed to rising through a non-militaristic foreign policy. It has sought to propound principles of peaceful co-existence, only to find these rebuffed by more pragmatic neighbours. Between 1947 and 1964, the Nehru Doctrine cost India sovereignty over Pakistan occupied Kashmir and suzerainty over Tibet. With its deep faith in the binding nature of gentlemen’s agreements and international law, it also left India open to betrayals such as 1962.

The Chinese invasion of 1962 and Pakistani invasion of 1965 led to a stronger emphasis on hard power. Under the Indira Doctrine (late 196Os-80s), New Delhi set out to establish India as the South Asian hegemon. Indian forces speedily repulsed an opportunistic Chinese probe in 1967 and paid Pakistan back for its past transgressions in 1971. The more confrontational tone of Indian security policy however, caused disquiet in foreign capitals, prompting some Western and Arab states, as well as China, to bandwagon with Pakistan.

The Indira Doctrine demonstrated the limits of what hard power could achieve by it. Despite the best efforts of New Delhi, extra-regional forces intervened in South Asian affairs, to India’s detriment. From the 1970s onwards, China provided extensive help to the Pakistani nuclear programme. The Soviet Union occupied Afghanistan in 1979, prompting the United States enter into a covert alliance with Pakistan. During the 1980s, a convergence of these two vectors (acquisition of nuclear weapons and growing expertise in covert action), provided Islamabad with the means and self-confidence to launch a proxy war against India.

En-route to becoming a superpower, India shall at some point have to consider partially shedding its soft image in order to earn the respect due to a strong nation. Hitherto, its strategic restraint against Pakistan-based terrorists has been lauded by foreign governments. Such praise however, has also restricted India’s policy options – a situation which is now starting to show diminishing returns, as strategic experts overseas question whether India can ever demonstrate the muscle and the will needed to qualify as a real super power. India needs to develop a politically, diplomatically and operationally sustainable response to cross-border terrorism. It needs to balance multiple considerations, such as protecting its citizens from terrorist attacks, promoting secularism domestically, preserving international goodwill and strengthening peace lobbies in Pakistan. Within these parameters, the order of priorities must be understood – the safety of Indian nationals and the preservation of domestic stability through secularism come first. Achieving these higher priorities without prejudice to the other two may require exemplary yet covert use of force against Pakistan-based terrorists.

Counter-terrorism experience of Western democracies suggests that decapitation strikes can greatly damage terrorist groups psychologically as well as operationally. For instance: in May 1980, Arab terrorists occupied the Iranian embassy in London, taking several hostages. After initially attempting to negotiate, the British government ordered Special Forces to storm the building. What happened next was controversial as eyewitnesses say that once the hostages were freed, the rescue force killed the terrorists in cold blood. Although hard evidence of a ‘no-prisoners’ directive never surfaced, media speculation was rife. Apparently, such speculation itself acted as a deterrent-no further incidents of political hostage taking occurred in Britain.

India should adopt a comparable approach to foreign-based terrorists: one of ‘silent signaling’. Indian Special Forces should relentlessly eliminate terrorists in their safe havens, even as New Delhi pursues symbolic peace talks with Islamabad. To become a superpower, India needs to project a benign international image without being seen as weak or indecisive vis-a-vis an insignificant adversary such as Pakistan. The latter has already been labeled by a 2008, United States Army report as being at risk of state failure. Instead of attracting international hostility and further destabilizing the already weak Pakistani state through a military offensive (although that remains an option if all else fails), India should first try fighting cross-border terrorists through covert usage of hard power.

As independent India seeks to establish itself in the global arena, it needs to learn the lessons of history and exploit the benefits of both kinds of power. The examples of authoritarian states such as the Soviet Union and Maoist China suggest that open and unrestrained use of hard power triggers the formation of a balancing coalition against a rising state. At the same time, no country has ever gained international respect just for being peace-loving and projecting a benign image of itself. Preserving the goodwill currently generated by Indian soft power while retaining the strategic autonomy provided by hard power is therefore, a key challenge for New Delhi. This is especially true of relations with Pakistan. To fight terror, the country needs to strengthen its security and intelligence. The need of hour is to revamp border security, maritime security and aerial security. The nation needs a complete recast of its intelligence mechanism. There is a pressing need for stringent counter-terrorism policy and its implementation. In order to weed out terrorism from its roots, India needs to terrorize the terrorists and their sympathizers. Sooner the leadership recognizes this; the better it is for the nation.