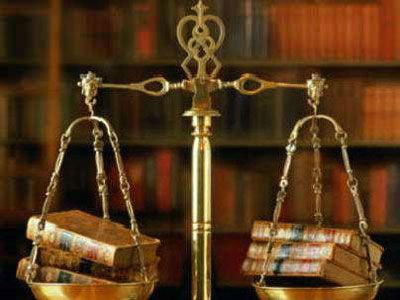 NECESSITY OF ALL INDIA JUDICIAL SERVICE

Rule of law is the essence of democratic governance. Delayed justice, poor appreciation of evidence, and incapacity to apply constitutional and legal principles to real life situations play havoc with people’s lives.

Failure of justice extracts a heavy toll from the society and economy. If we examine the pendency of cases in courts, we come across two factors. First, certain judges handle a much larger case load and yet dispose of cases swiftly and fairly. Others take interminably long, and yet fail to render justice. The quality of justice administered depends on the quality of those who administer it. The judiciary is completely independent and invulnerable to the vagaries of politics and partisan pulls. The High Court has complete control over the conduct and functioning of subordinate courts. And there are established procedures for elevation to the High Court and the Supreme Court. Therefore, once recruitment practices are sound, there are incentives for better performance and effective monitoring at least until a judge is elevated to the High Court.

The current procedures to enforce accountability in higher judiciary are not so effective, but that problem needs to be dealt with separately. If judicial officers are accorded the prestige and respect that All India Services enjoy, then the best talent can be tapped for the judiciary. Then, the control exercised by the High Court, and the prospects of elevation to the High Court ensure high quality performance in district and other subordinate courts. At the very least, formation of an All India Service for judiciary would ensure a high level of competence and skills in our justice administration.

Undoubtedly, our judge-population ratio is too low, and we need many more trial courts. But, as many jurists have pointed out, mere increase in the number of judges, without improvement in their quality, is of no avail. The quality of justice administered critically depends on the quality of the judges recruited. Clearly, there is a compelling case to create a highly competent, meritocratic All India Judicial Service; creation of AIJS is a low-cost, high-impact reform long overdue. There are many other steps required to make our justice system work for the people. But, improving the quality of judges, enhancing the prestige and dignity of judicial service, and promoting competition for recruitment is a relatively simple measure around which there is impressive consensus. The creation of AIJS will surely benefit the judiciary system and it is the need of hour.

However, critics of this feature may say that a district judge coming from a different linguistic region will face the problem of language in assessing and tackling the critical legal and other issues of facts, which will affect the quality of justice. True, language may be a problem but that should not be an argument for straightaway rejecting the idea. Young recruits from outside can easily learn the local language and adapt themselves to local conditions unlike older people.

Nor should the finances involved in the formation of such a judicial service pose any problem. In fact, the amounts collected as court fees, at least, should be spent for this purpose instead of being utilized as a source of general revenue of the states. Justice shows that the income generated from court fees is more than this expenditure incurred on the administration of justice.

Thus, All India Judicial Service is the need of the hair and authorities must come over the resistance and issues involved in its formation.