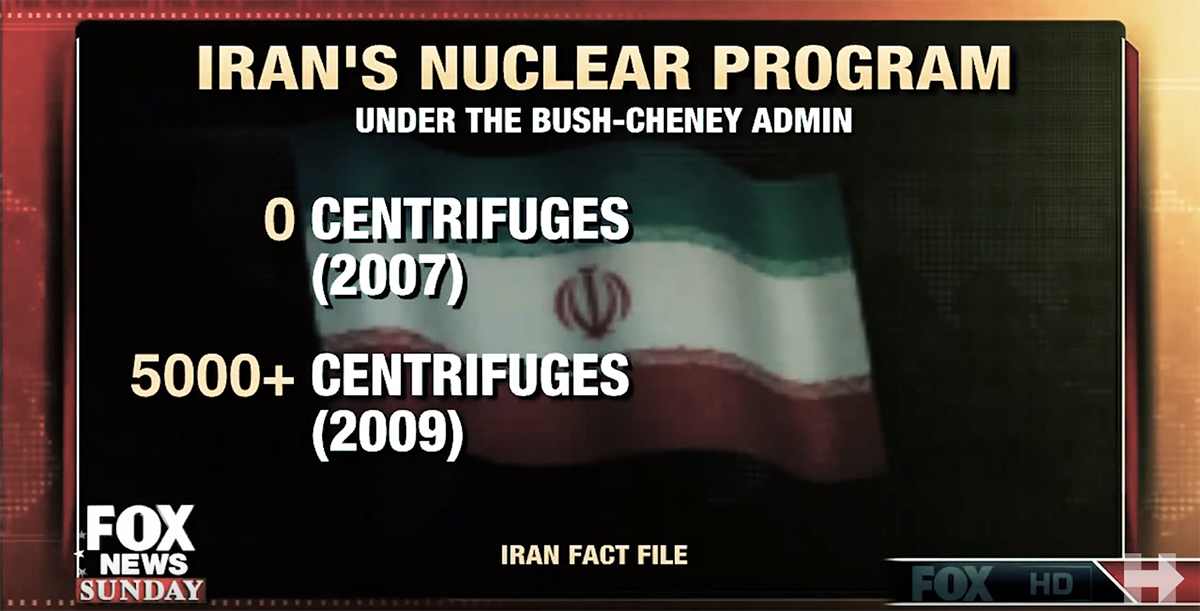 Iran, a cultural country who want to go ahead with its nuclear programme. Here is the chronological history of Iranian Nuclear Programme.

1950 First received assistance from the US under the Eisenhower Administration’s ‘Atoms for Peace’ initiative.

1979 Ayatollah Khomeini cancelled all projects and contracts for the construction of nuclear power plants and facilities initiated by the Shah’s regime.

1980 The war with Iraq and attitude of Saddam Hussein compelled them to rethink about their nuclear programme.

1985 Iran started to woo back 80% of the 4500 nuclear scientists and technicians who had left the country after the revolution and to plan the construction of centrifuges for uranium enrichment.

1986 The father of Pakistan’s nuclear bomb, AQ Khan, made his first visit to Iran as part of an initiative by Tehran to seek assistance from friendly states to build nuclear facilities.

1995 Iran signed an $ 800 m agreement with Russia for the construction of the Bushehr2 reactors that had been abandoned after the revolution.

2002 The Iranian opposition Mujahedin Khalq Organization (MKO), based in Iraq, revealed that Iran had constructed a uranium enrichment facility at Natanz and a heavy-water production plant near Arak without IAEA knowledge. This sparked off the current crisis.

2003 Iran was considered as an ‘axis of evil’ state, IAEA inspection commenced in February 2003, just one month before Operation Iraqi Freedom.

2004 Iran made agreements with EU and suspended the fuel cycle activities as a voluntary, legally non-binding, confidence-building measure for 20 months. This agreement was done for the economic benefits. In the mean time, President Mohammad Khatami’s reform movement had been thwarted by the hardliners. This led to the change in the Iranian attitude towards nuclear programme.

2005 EU-3 pursued Iran to relinquish the programme but failed to achieve any major breakthrough in this regard. The Iranian Parliament passed law to curtail UN inspections. The Council of Guardians- a powerful body that can veto a Parliamentary decision has yet to rectify the resolution.

2005 India was among 22 of the IAEA’s 35 member countries that voted in September 2005, for a resolution creating the conditions for referring Iran to the UN Security Council over its nuclear programme.

2006 India again voted against Iran in February 2006. In the meantime, Iran broke IAEA seals at its Natanz nuclear research facility. By April 2006, Iran claimed it has succeeded in enriching uranium at its Natanz facility.

2007 IAEA said Iran failed to meet a deadline to suspend uranium enrichment and on this issue IAEA reacted and a possible sanction became imminent. In April, 2007, Iranian President Ahmadinejad claimed Iran can produce nuclear fuel on an industrial scale. In October, 2007, US announced the imposition of new sanctions against Iran, the toughest since it first imposed sanctions almost 30 years ago.

2008 In February, 2008, Iran launched a research rocket to inaugurate a newly built space centre. In the elections, conservatives won and in the meantime, UN Security Council tightened economic and trade sanctions on Iran. In order to compensate, EU foreign policy Chief Javier Solana presented an offer of trade benefits. In July, Iran test-fired a new version of the Shahab-3, a long-range missile it says is capable of hitting targets in Israel.

2009 In June, 2009, Mahmoud Ahmadinejad won the controversial elections and vowed to strengthen the nuclear project. In October, Five permanent UN Security Council members plus Germany offered Iran a
proposal to enrich its uranium abroad. India twice voted against Iran in the International Atomic Energy Agency in 2005 and 2009. The resolution, co-sponsored by Iran’s two biggest champions Russia and China, sailed through (25-3), the 35-member board of governors, helped along by India’s vote
which was believed to be crucial. Countries like Brazil, South Africa, Pakistan, Afghanistan, Egypt and Turkey abstained and Cuba, Venezuela and Malaysia opposed the resolution.

2010       As result of the sanctions, Iran has stalled in its efforts to deploy advanced centrifuge machines that could, drastically accelerate the production of highly enriched uranium, which is needed for a nuclear bomb. Iran\has announced, it is developing a range of more advanced centrifuges to produce
nuclear fuel, with names including the IR-2M and the IR-4. Iran has unveiled a ‘third generation’ of centrifuge that his government claims can enrich uranium six times faster than the IR-1. Iran’s IR-1 uses a spinning rotor tube made out of aluminum, which continues to be widely available on the world market, according to nuclear experts. The rotors in the IR-2s and Tehran’s other advanced centrifuges are made of carbon fiber, which is largely produced by Germany. In November, in a significant development, India voted ‘no’ for Myanmar, and abstained for Iran and North Korea in the United Nations
General Assembly vote. A UN General Assembly Committee has passed resolutions condemning human rights violations in Iran, North Korea and Myanmar. The third committee of the UN General Assembly that handles human rights issues passed a resolution on the human rights situation in Iran, by a vote of 80 in favour to 44 against, with 57 abstentions. The Myanmar vote was adopted by 96 votes.

2012 Iran welcomed the readiness of the P5+1 group to return to negotiations in order to take fundamental steps toward further co-operation. The P5+1 consists of the five permanent UN Security Council members Britain, China, France, Russia and the United States plus non-permanent member Germany. The new IAEA report cites an increase in centrifuges used to enrich uranium, at the Fordow and Natanz sites, at both lower levels and to 20 per cent, a key level of achievement if Iran decides to create nuclear weapons. At Natanz, the IAEA report said 52 cascades – each containing around 170 centrifuges – were now operating, up from 37 in November. At Fordow, almost 700 centrifuges are now refining uranium to a fissile concentration of 20 per cent and preparations are under way to install many more, the report said.

Iran has failed to co-operate with efforts to verify that its nuclear programme is purely peaceful, Director General Yukiya Amano concluded in the report.