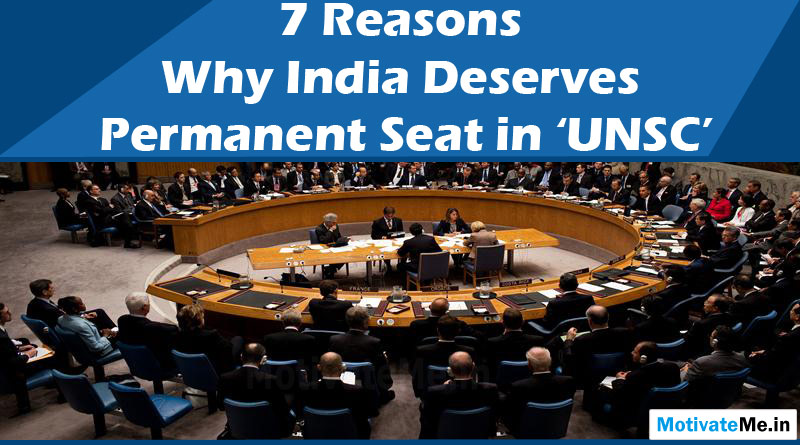 There has been discussion for an increase in the number of permanent members. The countries who have made the strongest demands for permanent seats are Japan, Germany and India. Indeed, Japan and Germany are the UN’s second and third largest funders, respectively, while Germany and India are among some of the largest contributors of troops to UN mandated peace keeping missions.

In the past many decisions of the UNO were based on account of undue influence of the Western countries. The UNO had changed the Kashmir problem into a dispute owing to prejudiced attitude of the UN at that time. India has been a very strong votary against apartheid. In the 21st century when India is all set to become a superpower and overtake all other economies by 2050, it would be a sheer lack of vision if India is denied a seat in the Security Council. Maybe even also Japan, Germany, Brazil and Nigeria are given a seat each but India’s claim is the strongest.

Moreover, the third world and other developing countries are under represented when it comes to policy and decision-making at the UN Security Council, especially with the absolute and imperative veto power of the permanent members. The inclusion of India is necessary in order to promote balance of power and interests; between Western industrial nations and developing nations in the world’s legislative body. This would equip the Security Council to confront the grave challenges that confront the international community in the 21st century.

The major obstructions being posed to India’s candidature are because of its alliance with G-3 nations, i.e. India, Japan and Germany had allied together to seek reforms of UNSC and get entry into the Security Council together.

This G-3 grouping was recently extended to G-4, including South Africa also as the African representative. But, the entry of Japan is opposed by China and that of Germany by France, both permanent members of UNSC having veto powers.

India has included this issue as a major foreign policy prerogative and has gained support of a large number of nations. The step forward could only be initiated if the existing permanent members are made to agree for UNSC reforms. To represent the changed multipolar world order, it has become a necessity. Indian leadership along with the support of Brazil, Germany and South Africa did pretty well on its chance to preside over the proceedings of UNSC as a non-permanent member in 2011-12. It truly is the need of the hour to let power be divulged to emerging countries and reforms of major international bodies is initiated.