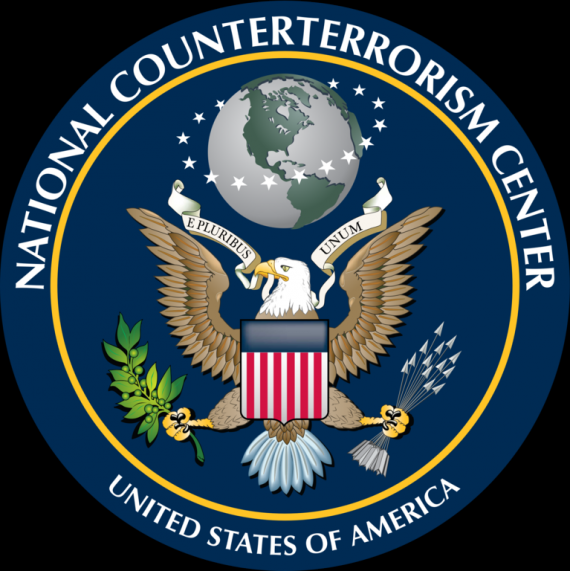 National Counter-terrorism Centre is a powerful anti-terror agency that would integrate all intelligence related to terrorism, analyze the information and plan responses. It will have legal authority to make arrests and conduct search operations.

When and How will it be Set up?

It will be set up by an executive order of the government. It was supposed to be set up on 1st March, 2012 as the Cabinet Committee on Security (CCS) on January 11th, 2012 approved the creation of the NCTC. But, due to protest by some states, now the process of its creation has been put on hold.

What are its Power and Functions?

The NCTC will derive its powers from the Unlawful Activities Prevention Act, 1967 (UAPA), which allows Central Government agencies to make arrests or searches in terror-related cases while keeping state police concerned into the loop. The officers of the NCTC shall have the power to arrest and the power to search under the UAPA.

It will also have the power to seek information, including documents, reports, transcripts, and cyber information from any agency, including from the Central Bureau of Investigation (CBI), National Investigation Agency, NATGRID, National Technical Research Organization, Directorate of Revenue Intelligence and all seven central armed police forces including the National Security Guard (NSG).

It will draw up plans and co-ordinate actions for counter terrorism and will integrate intelligence pertaining to terrorism, analyze the same. It would also maintain data of terror modules, terrorists, their associates, friends, families and supporters.

What would be its Structure?

It is an initiative of the home ministry. It will be a separate body located in the Intelligence Bureau under the control of the home ministry. Its head will be called director and will be an officer in the rank of additional director IB. The head will report to the Union Home Secretary. Other officials of the agency will be deputed from other organizations like the Research and Analysis Wing, IB and other intelligence and investigation agencies.

The NCTC will not have any foot-soldier to collect information, but will depend on other agencies. The National Investigation Agency (NIA) will act as the investigation wing.

The agency has worked out on the model of the US’ similar body aimed at combating terrorism by collecting and analyzing threats, sharing the inputs and information with other agencies and converting these into actionable data.

How will it Work?

The NCTC will connect Multi Agency Centre (MAC) which would be subsumed into NCTC, and all agencies reporting to it, in Delhi and state capitals. Between the Centre, where almost two dozen agencies co-ordinate with MAC, and states almost 500 stakeholders are involved in counter-terror activities.

Why have States been Opposing?

A group of Chief Ministers have come out in the open to oppose NCTC. They are Odisha CM Naveen Patnaik, Gujarat counterpart Narendra Modi, Bihar’s Nitish Kumar, Paschim Banga Mamata Bannerjee, Tamil Nadu’s Jayalalitha, Prem Kumar Dhumal of Himachal Pradesh and Shivraj Singh Chouhan of Madhya Pradesh. Their number is likely to increase. So far, 13 States have opposed the move. The grounds of their oppositions are

They questioned the manner in which the agency was set up, without taking states on board, and demanded that the decision be reversed.

NCTC’s charter is violative of the federal structure.

Giving powers of arrest to the NCTC which will work under the director, IB, which could further politicize handling of counter-terrorism.

Patnaik was the first to raise the red flag and was instrumental in rallying his peers around “My concern is the authoritarian notification with draconian overtones about law and order among others in which the State Governments have not been consulted”.

The main bone of contention is power of arrest given to the NCTC. Generally, intelligence agencies don’t carry the power of arrest such as IB and RAW. Even in the US, its NCTC doesn’t have such power. The powers of arrest and seizure, however, are not the only clause the states have reason to object to. Other clauses that would rightly attract constitutional scrutiny include

Para 3.3 of the Order States “NCTC shall have the power to set up Inter-State Intelligence Support Teams (INSIST)”. Any mandatory state component or operation in state jurisdictions of such INSISTs would trample constitutional boundaries.

Para 3.4 States “NCTC shall have the power to requisition the services of the National Security Guard (NSG) or any other special forces.” The question of territorial jurisdiction where they are deployed remains open. It is also not clear whether ‘any other special forces’ also include such forces raised by the States, over which no Central Agency can exercise such direct command.

Para 3.5 Confers “… the power to seek information, including documents, reports, transcripts, cyber information and information of every other kind in whatever form…” No Central Agency can have mandatory access to such information held by the States.

Para 5.1 Imposes the duty on ‘all civil authorities in the territory of India’ to ‘act in aid of the NCTC, a power which would allow the NCTC to exercise direct (and extra-constitutional) command over state agencies.

What has been Government Response?

As the chorus against the proposal to set up a National Counter-Terrorism Centre (NCTC) grew louder with 13 states opposing the move, the Centre appears to be ready for a dialogue to remove misgivings.

The powers given to the NCTC for counter-terrorism were earlier vested with the Centre. Explaining the rationale behind setting up the, NCTC, the government stated that after the Kargil War, the Group of Ministers recommended the strengthening of the intelligence system and thereafter, the Inter-State Intelligence Support System (ISISS) was set up. Following the recommendation of the Second Administrative Reforms Commission (ARC), it was converted into the NCTC. The Unlawful Activities Prevention Act [UAPA], 1967 was amended in 2004, whereby power for counter-terrorism was given to an officer of the Central Government not below the rank of joint Secretary, who was the designated authority, and in the states, not below the rank of Secretary. The UAPA was further amended in 2008 and under Section 43 (A), powers for counter-terrorism operations were transferred to the NCTC, Therefore, the power with NCTC was already there.

As far as the location of NCTC within the Intelligence Bureau (IB) is concerned, so it is for co-ordination in counter-terrorism efforts throughout the country. The Central Government has assured states that in forming the NCTC, it was not the Centre’s intent in any way to affect the basic features of the constitutional provisions and allocation of powers between the States and the Union.

Interestingly, similar powers of arrest and seizure have been given to the National Investigation Agency (NIA), through its empowering Act, of 30th December, 2008, there were no objections regarding any perceived infringement of the constitutional distribution of powers between the Union and the States.

However, noting concerns of the Chief Ministers about the manner in which the NCTC would function, the Central Government has put the process of establishing on hold and is ready for consultation with concerned states.

The truth is, most of the functions that the NCTC, in its latest avatar, is intended to perform, were already allocated to the Multi-Agency Centre (MAC) in the Intelligence Bureau (IB). The core of these functions is the creation of a national database and network for intelligence on crime and terrorism. Three years later, MAC has still not been able to construct even a skeleton of this core.

Acute deficits of capacity in the IB, the lack of specialists who can create the database, less than complete enthusiasm in other agencies, who were also required to depute their officers to MAC, and the failure of the states to create the necessary linkages to all Police Stations and intelligence sources, lie at the heart of this failure.

It is not clear how, by giving this a new name and adding a few more powers and functions, a failed MAC is to be converted into a successful and highly efficient NCTC. Putting the same broken system into a new box is not going to make it work.

Crucially, moreover, unless capacities to generate intelligence on the ground, and to network the most dispersed nodes of intelligence gathering and response, are not dramatically improved, all meta-institutional innovations will fail Simply put, if the US NCTC were to be called MAC, it would remain as effective (or otherwise) as it currently is. If the Indian MAC is rechristened NCTC, it will remain as dysfunctional.