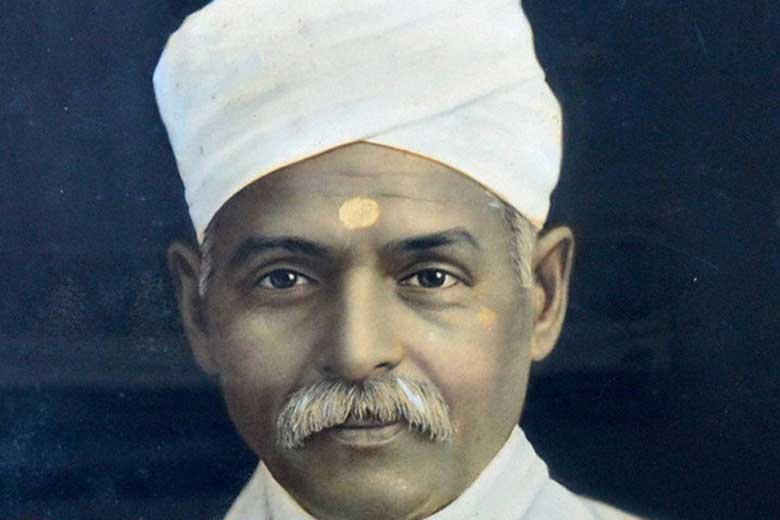 “A giant among men, one of those who laid the foundation of modern Indian nationalism and year by year built up brick by brick and stone by stone, the noble edifice of Indian freedom.” In these words, Shri Jawaharlal Nehru, summed up the feelings of the nation at the death of Pandit Madan Mohan Malaviya in 1946. A great scholar, educationist, man of action, a leader of the national liberation movement, Madan Mohan Malaviya rose to prominence in his life at an early age.

Madan Mohan Malaviya was born in Allahabad on 25th December, 1861. His ancestors were poor, but enjoyed a good status and were known for their Sanskrit scholarship. Madan Mohan’s education began at the age of five. He was sent to Pandit Hardeva’s Dharma Gyanopadesh Pathshala. Mohan who was a diligent boy, matriculated in 1879, and joined the Muir Central College and graduated from the Calcutta University in 1884. He was appointed as a teacher in his school at a salary of Rs. 40 a month. As there were no rules in those days preventing government servants from attending political meetings, he attended the Second Congress Session, held in Calcutta in 1886, and delivered a speech, which held the audience spell-bound. AO Hume, the General Secretary of the Congress, appreciated his speech. Soon after his return from Calcutta, he was offered the editorship of the Hindi weekly, the Hindustan. He became popular for his outspoken views about India, as a subject of the British, the abject poverty of the masses and the indifference of the British towards them. Malaviya wished to devote himself entirely to the service of the nation. Though, he studied law and passed the LLB examination in 1891, he was not interested in legal profession.

With a few exceptions Malaviya regularly attended the annual Congress Sessions from 1886 to 1936. In 1887, he invited the Congress to Allahabad. During the session, great enthusiasm prevailed among the delegates and its success was phenomenal. Malaviya was the secretary of the committee. He invited the Congress to Allahabad again in 1892 and its success was largely due to his devoted efforts. In the Congress Sessions, he spoke generally on the political subjection of the country, the poverty of the masses owing to the British economic policy and the monopoly of the higher posts by officers recruited in England.

Because of his untiring public service, he was elected to the Provincial Legislative Council in 1902, and later to the Imperial Legislative Council in 1909. He used his position to advocate free and compulsory education and the prohibition of recruitment of Indian indentured labour for British colonies. He believed that in order to fight poverty and backwardness, India should industrialize. He was duly appointed member of the Indian Industrial Commission in 1916.

Although, he was a strong supporter of the Congress, he founded the Hindu Mahasabha in 1906. It was established, according to its supporters, to oppose not the just claims of the Muslim community but the ‘divide and rule’ policy of the British Government. Malaviya became a High Court Vakil in 1893. He always preferred public works to his legal works. He virtually withdrew from the legal profession in 1909, but he made an exception in 1922 in regard to the appeal of 225 persons condemned to death in connection with the Chauri Chaura riots (Gorakhpur District, UP) on account of which Mahatma Gandhi suspended the Civil Disobedience Movement, and saved 153 accused from the gallows.

Malaviya’s zeal for the public work made him realize the necessity of starting newspapers particularly in Hindi for the education of the public. He started the Abhyudaya as a Hindi weekly in 1907, and made it a daily in 1915. He also started the Maryada a Hindi monthly in 1910, and another Hindi monthly in 1921. He started the leader, an English daily in October 1909. He was the Chairman of the Board of Directors of the Hindustan Times from 1924 to 1946.

As Gandhi started the Non-cooperation Movement, Malaviya did not stand for elections to the Indian Legislative Council in 1921. He nevertheless became member of the Assembly from 1924 to 1930, resigning shortly after the Salt Satyagraha. He supported the demand for full dominion status to India.

On account of his services to the Congress, he was elected its President in 1909, 1918, 1932 and 1933, but owing to his arrest by the Government of India, he could not preside over the 1932 and 1933 sessions, which had been banned. Perhaps, he tried to popularize the national cause more than many other leaders.

Malviya was a conservative in social matters. He believed in the ‘Varnashrama Dharma’ (caste system). He was, however, prepared to adjust himself to social changes in the country to a limited extent, but wanted to take the leaders of the Hindu community and the Banaras pandits with him in matters of social reform. He felt strongly the injustice done to the depressed classes in connection with temple entry and pleaded their cause before the pandits in 1936. He also favoured the raising of the position of Hindu women.

He was the President of the All India Seva Samity from 1914 till 1946. He was known for his gentleness and humility but he did not yield, where principles were concerned. He had the courage to differ more than once from Mahatma Gandhi even at the risk of becoming unpopular. He opposed, e.g., the boycott of schools and colleges, the burning of foreign, cloth and the boycott of the visit of the Prince of Wales in 1921. It will be true to say, that he considered responsive co-operation a better policy than civil disobedience. He occupied a very high position in Indian public life and his public activities were numerous. The freedom struggle, the economic development of the country, promotion of indigenous industries, education; religion, social service, the development of Hindi and other matters of national importance continued to occupy his attention as long as he lived. Malviyaji, as he was popularly known, breathed last on 12th November, 1946, when he was 85 years old.

“Great as are Malviyaji’s services to the country, I have no doubt that the Hindu University constitutes his greatest service and achievement, and he has worn himself out for the work, that is dear to him as life itself…. Everyone knows that there is no greater beggar than Malviyaji on the face of the Earth. He has never begged for himself by the grace of God, he was never been in want but, he became a voluntary beggar for causes, he has made his own and God has always filled his bowl in an overflowing measure”  —Mahatma Gandhi