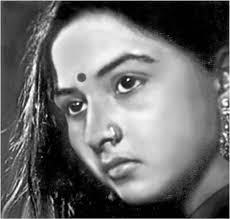 “History is created with legends as history in its ancient origins grew out of legends. Heroes and heroines of ancient legends    are not flesh-and-blood humans. They belong to mythical time and perform feats far beyond the abilities of ordinary human beings. Many such individuals get endowed with the halo of a hero or a heroine. Their lives and deeds become the subject of popular legends, songs and stories, foil India those who are seen to have sacrificed their lives for the country’s freedom quickly become recipients of the reverence for heroes. Freedom fighters have an automatic pass to enter the hallowed national  pantheon. It then becomes a sacrilege—almost an act of treason to re-evaluate such national figures. Rani Lakshmibai, the queen of Jhansi is one such individual.”

Rani Lakshmi Bai, the fiery Queen of Jhansi, also known as the Rani of Jhansi, was born on 19th November, 1835 at Kashi. Her father Moropanth was a Brahmin and her mother Bhagirathi Bai was a cultured, intelligent and orthodox lady. Mannikarnika (Manu) was the name of Rani Lakshmi Bai in her childhood. When she was only four years of age, she lost her mother. The complete responsibility of the young girl fell on the father. She completed her education and also learned horse riding, sword fighting and shooting on a target with a gun.

At that time Lord Dalhousie was the Governor-General of India. Though little Damodar Rao, adopted son of late Maharaja Gangadhar Rao and Rani Lakshmi Bai was Maharaja’s heir and successor as per the Hindu tradition, but the British rulers didn’t accept Rani’s claim that Damodar Rao was their legal heir. Lord Dalhousie decided to annex the State of Jhansi under his ‘Doctrine of Lapse’ as Maharaja Gangadhar Rao had left no legal heir. This misfortune of Jhansi was used by the Britishers to expand their empire.

The Rani was given a life pension of Rs.60000 and was allowed to live in the city palace. When the decision to annex Jhansi was communicated to her, she apparently declared, “Main Jhansi nahin dungi”, but there was no resistance offered to the British takeover.

Like in the other states the British annexed in the 19th century, British rule began on the wrong foot in Jhansi by riding roughshod over the sentiments of the Indian people. The British Government resumed the villages assigned to the temple of Mahalakshmi, the deity of the royal family. It allowed cow slaughter which had been prohibited in the town of Jhansi. It refused the Rani money for her son’s sacred thread from the trust left by Gangadhar Rao. The people of Jhansi and the Rani herself thus had enough reasons to be dissatisfied with the British. In a very vital sense, the grievances of the people and the personal grievance of Lakshmi Bai were inseparable. The izzat of the Rani was tied to the honour of Jhansi and its people. Insult inflicted upon her was an insult on Jhansi. Similarly, a dishonour done to the people of Jhansi also reflected on the ruler. Jhansi was in a humiliated condition but it was like a silent volcano before eruption. Rani Jhansi was determined not to give up Jhansi. She was a symbol of patriotism and self -respect. The Britishers were making every effort to destroy the freedom of country whereas Rani was determined to get rid of the Britishers.

Rani Lakshmi Bai strengthened the defense of Jhansi and she assembled a volunteer army of rebels. Women were also given military training. Rani was accompanied by her brave warriors; some of them were Gulam Gaus Khan, Dost Khan, Khuda Baksh, Lala Bhau Bakshi, Moti Bai, Sunder-Mundar, Kashi Bai, Deewan Raghunath Singh and Deewan Jawahar Singh. Along with all these warriors, the local populations of Jhansi irrespective of their religion or caste were always determined to fight and give their lives with pleasure for the cause of independence and their beloved Rani.

The Britishers attacked Jhansi in March 1858. Rani Jhansi, with her faithful warriors, decided not to surrender. The fighting continued for about two weeks. Shelling on Jhansi was very fierce. In the Jhansi army, women were also carrying ammunition and were supplying food to the soldiers. Rani Lakshmi Bai was very active. She herself was inspecting the defense of the city. However, after this Great War, Jhansi fell to the British forces.

On that black day, the British army entered the Jhansi city. Rani Lakshmi Bai, still full of courage and deathless patriotism dressed as a man, took up arms, her son Damodar Rao was strapped tightly on her back. She was holding the reins of her horse in her mouth. In the fierce fighting she was using the sword with both her hands. When the situation became out of control, Rani of

Jhansi with some of her warriors departed from Jhansi.

Rani Lakshmi Bai reached Kalpi. Many other rebels joined her. Tantia Tope from Kalpi was also one of them. From Kalpi, Rani departed to Gwalior. Again a fierce battle took place. Rani Lakshmi Bai fought with deathless patriotism and martyrdom.

However, on the second day of fighting, the great heroine of the first struggle for India’s freedom, at the age of 22 years, sacrificed her life. That unfortunate day was 18th June, 1858. In the extraordinary circumstances and in a very unjust manner, India was made to lose a great human being. A human being caught in very troubled times; a human being who had no training to handle public affairs or the crises that circumstances drew her into. In a world completely dominated by men, she tried valiantly in the best way she could to save her honour, the honour of Jhansi and do the best according to what she thought was the best for her subjects.