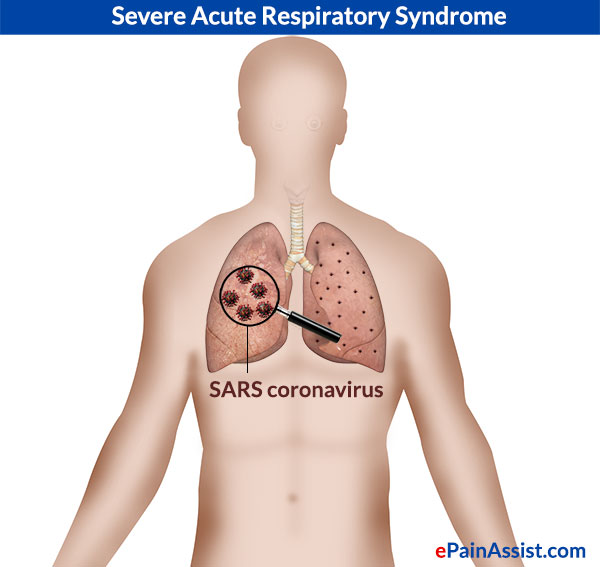 “Although, everyone has heard of SARS and its rapid spread around the globe, few understand what SARS is, how it is spread, and the magnitude of the threat it poses to the world. In addition, this constant focus on disease and war has created a sense of fear that is causing many people to wonder, if the end of the world had finally arrived. Increased focus on SARS has done more to alarm people than inform them about the disease.”

Lack of full information about SARS has added greatly to people’s fear of the disease. When the first cases of SARS were reported back in mid-March, not only were scientists unsure where SARS came from, they also knew very little about what caused it, how it was spread or what differentiated those, who are able to resist the disease from those who succumbed to it. This sent many people into a panic, such that surgical masks thought to help prevent the spread of SARS were quickly out of stock in Asia and other places where SARS has been most prevalent.

But over the past month, scientists from the World Health Organization (WHO), the Centre for Disease Control (CDC) and other health organizations have been quite successful at filling in the blanks.

Scientists suspect that SARS originated in China’s Guangdong province, where the highest concentration of SARS cases continues to occur. However, efforts are still underway to determine whether the outbreak of a typical pneumonia that began there in November 2002 is linked to other cases of SARS worldwide. The first widely reported case of SARS involved the death of an American businessman who died on 16th March after travelling to China and Vietnam.

On 16th April, the World Health Organization (WHO) confirmed that SARS is caused by a new virus, called a ‘corona virus’, previously not found in humans. Scientists at the University of Hong Kong are seeking to determine whether this virus is a mutated form of a similar virus found amongst poultry and swine.

According to WHO, as of 17th April, 2003, 3389 cases of SARS have been reported worldwide. Approximately 5 % of those cases have been fatal, with 165 people succumbing to the disease. This death rate is higher than that of most other influenza-like diseases, but still well below that of other recent epidemics, such as the flu pandemic that killed an estimated 40 million people in 1918. In Canada, 126 cases of SARS have been reported, twelve of which have proved fatal.

SARS usually begins with a high fever (over 38 degrees Celsius/100.4 degrees Fahrenheit), headache, body aches and sore throat. Other symptoms include a loss of appetite, rash and diarrhea. Respiratory symptoms, such as a dry cough, shortness of breath, and difficulty in breathing, appear two to seven days after exposure. Anyone experiencing a combination of these symptoms, and who has also travelled to a high-risk area or been in contact with a SARS, victim is advised to see their doctor immediately.

SARS appears to spread primarily through close person-to-person contact. Most cases of SARS have involved health care workers, family members and anyone else in close proximity with a SARS victim. According to Dr. Colin D’Cunha, Ontario’s Public Health Commissioner, for members of the general public, the risk of catching SARS appears to be very slim. There is no evidence that SARS spreads through casual contact, such as being on the same airplane with someone, who has SARS.

Health professionals advise that people should take the same precautions against SARS, as they would against any other flu-like disease, such as washing their hands frequently and avoiding close contact with infected persons. The Canadian Government has also advised that people avoid travelling to areas, where the disease is most prevalent, such as China, Hong Kong, and Hanoi, Vietnam.

Although scientists have made many advances in finding a cure for SARS, such as identifying the virus that causes the disease and then mapping its genome, so far they have been unable to find a drug that will cure it. Research into various potential cures is ongoing.

The Chinese Ministry of Health (MoH) reported one new possible case of Severe Acute Respiratory Syndrome (SARS) in Beijing on 28th April, 2004, bringing the total to nine possible cases. This new possible case was in a person known to have been in close contact with a 20 year old nurse, who was previously reported as a ‘confirmed’ case by the Chinese Government.

Chinese health authorities also reported that two additional cases that were previously listed as ‘suspect’ now meet the MoH criteria for ‘confirmed’ cases. Of the nine reported cases in China, four are classified by Chinese health authorities as ‘confirmed’ and five are listed as ‘suspected.’ According to World Health Organization (WHO) guidelines for the global surveillance of SARS, classification as a confirmed case at the start of an outbreak requires independent verification of results by an external international reference laboratory. Such procedures are considered by WHO to be necessary in view of the implications that confirmed SARS cases can have for international public health.

Two of the nine patients worked at the National Institute of Virology Laboratory of China’s Centlece for Disease Control in Beijing. The laboratory is known to conduct research on SARS Corona virus (SARS-CoV). The laboratory has been closed, potentially exposed personnel are being screened, and possible sources of infection for the two laboratory workers are being investigated.

Chinese authorities are currently involved in active surveillance activities to identify other possible cases of SARS, including enhanced surveillance for any flu-like illness and pneumonia of unknown etiology. They have also initiated measures to prevent the spread of SARS among travelers including health screening of travelers at ports of entry.

Canada is also distributing SARS Health Alert Notices (i.e., health information cards describing SARS) at major ports of entry to arriving passengers from China. The US Centers for Disease Control and Prevention (CDC) is prepared to respond at US ports of entry, including the distribution of SARS Health Alert Notices, if there is an increase in SARS-CoV activity. CDC is closely monitoring the situation in China and neighbouring countries and remains in close contact with international partners to determine the timing and type of response required.

According to the Taiwanese Centre for Disease Control, an elderly man who developed fever and pneumonia after returning to Taiwan from China on April 24 was evaluated for possible SARS. Testing for SARS-CoV was reported to be negative.

Precautions are being taken, and extensive research work is going on, but so far no evidential cure is available. A challenge to the man, who considers himself equivalent to the almighty.