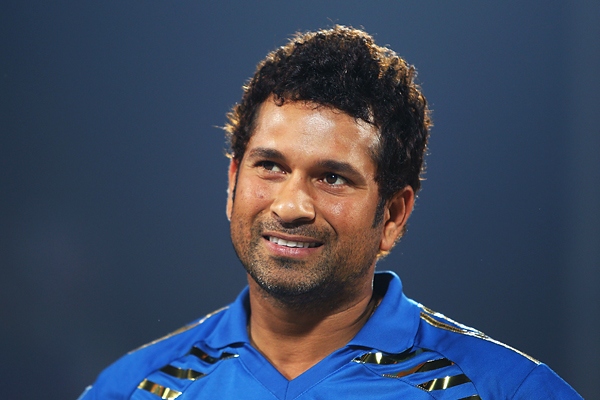 “Sachin Tendulkar, the name itself strikes terrors in the hearts of bowlers ail around the world. Hailed as the next master-blaster following the legacy of the great West Indian Vivian Richards, this man has all the shots in the book, and a few more.”

Sachin Ramesh Tendulkar born on 24th April, 1973 in Mumbai, Maharashtra, India, often referred to as The Little Master or The Master Blaster, is an Indian cricketer widely regarded as one of the greatest batsmen in the history of cricket. Sachin Tendulkar has been the most wholesome batsman of his time, and arguably the biggest cricket icon as well. In 2002, Wisden rated him as the second greatest Test batsman after Sir Donald Bradman, and the greatest One-day international batsman.

He holds several highly regarded batting records and is the leading scorer of centuries in both Test cricket and One-day internationals. He is one of the three batsmen to surpass 11000 runs in Test cricket, and the first Indian to do so. He is the most prolific run scorer in ODIs by a margin of over 4000 runs and has scored the most runs in international cricket as a whole. He crossed 16000 runs in ODIs on 5th February, 2008 while playing against Sri Lanka in Brisbane, Australia.

Tendulkar is the highest run scorer in both Test matches and ODIs, and also the batsman with the most centuries in either form of the game. On 17th October, 2008, he surpassed Brian Lara’s record for the most runs scored in Test cricket. He also became the first batsman to score 12000 runs in Test cricket. Tendulkar surpassed Australia’s Allan Border to become the player to cross the 50-run mark the most number of times in-Test cricket history, and also the second ever player to score 10 Test centuries against Australia, after only Sir Jack Hobbs of England more than 70 years back. Recently in March 2012 during Asia Cup, Sachin Tendulkar became the first and the only batsman to score hundredth century in the history of cricket’s world. This milestone is the most precious jewel in the crown of this ‘messiah’ of cricket.

At 13, Tendulkar was the best player in the Mumbai schools competition for under 19s. At 14, Tendulkar made his first-class debut for the Mumbai cricket team and scored a century on debut. He made his international test debut in 1989 against Pakistan in Karachi at age of 16. He scored his first international century at just 17.

He is the only cricketer to receive the Rajiv Gandhi Khel Ratna, India’s highest sporting honour and the only cricketer and one of the first sportsmen, along with Vishwanathan Anand, to receive the Padma Vibhushan (2008), the second highest civilian honour of India. He is the most sponsored player in world cricket and has a huge fan following even amongst foreign audiences. Tendulkar has made numerous commercial ventures including opening a chain of restaurants in India.

Always involved in the game, he never hesitates to give his inputs to the captain or to the bowlers. His selfless approach and devotion to cricket coupled with the lack of any ego problems makes him one of the most approachable and likeable personalities on the cricket field. With age on his side, this man is set out to be the highest run getter in the history of world cricket. He has already won rich praises from people and fellow/former cricketers, who see in him a living legend and a master batsman who is leagues above his fellow cricketers. Truly, a living legend and a great champion.