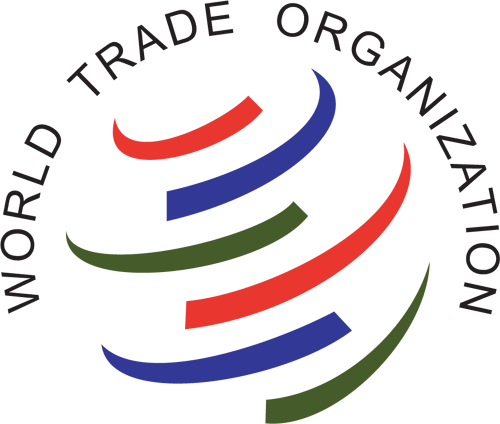 WTO, an Inter Governmental organization is the outcome of several years of deliberations beginning from the end of second war and formulation of GATT in 1947.

The GATT (General Agreement on Tariff and Trade) was established to regulate and facilitate the trade among the member nations, for the sole purpose of boosting the economic growth and overall development. The first seven rounds of negotiations under GATT were focused to encourage the international trade, by reductions in trade barriers and trade tariffs, but with gradual changes, in the world economic scenario, the developed countries, to enhance their trade share with developing countries, felt the need of a permanent body, to look after the international trade and other related aspects. The 8th round of multi lateral Trade Negotiations, known as Uruguay Round, had taken place in 1986. The Uruguay Round contained the mandate to have negotiation in 15 areas, while Part I contained negotiation on Trade in Goods in 14 areas, and Part II contained negotiations on trade in services to be carried out. These negotiations were to be held at every fourth year, but on account of differences among the participants on several critical fields such as, Anti Dumping measures, Textile Trade, Agricultural Trade, TRIPs etc, no agreement could be reached. To overcome such problems, Mr. Arthur Dunkel, Director General of GATT, submitted a very detailed proposal, known as Dunkel Proposal. India signed the Dunkel Proposal along with 117 nations on 15th April, 1994, and consequently, the WTO came into existence on 1st January, 1995.

The WTO is meant to regulate and facilitate the international trade, but because of the difference of interest, between developed and developing countries, it has not resulted into, what was expected from the WTO.

The third ministerial conference of the WTO at Seattle in December 99 was not a success, as the developed countries did not show much interest in reducing their trade barriers and gave too much emphasis on labour and environmental standard. India had already expressed her views that it was better to concentrate on the existing agreements rather than taking up new issues.

Making the country’s stand clear on the issue of launching a new round of trade negotiations in World Trade Organization, Mr. Vajpayee, Prime Minister of India, announced the country’s readiness to engage constructively and with an open mind in negotiations with developed countries on all issues relating to global trade, but at the same time he took serious note of unmet promises and unfulfilled obligations by the developed nations made in the Uruguay Round, which according to Mr. Vajpayee was a matter of concern for the developing nations. Mr. Ruben Ricupero, Secretary General of the United Nations Conference on Trade and Development said, “If a new round sets out to continue the process towards imposing even deeper and wider obligations it will fail, and thus should not even be launched. Specifically, there would seem to be no logic in seeking to impose further constraints on the developing countries, nor to introduce alien elements into the overall balance of multilateral rights and obligations, by expanding the frontiers of the system”, “A new round should rather address the need to make every member feel comfortable” Mr. Ricupero concludes, “Any new round that aims at the refinement and improvement to reflect to greater extent, the interests of the developing countries, and facilitate the accession of those many developing countries, including the developed countries, including the least developed countries and economics in transition would result in a truly universal system”

The meeting of WTO was held in Doha, capital of the gulf state of Qatar, where negotiations were held for six days from 9th November, 2001. It  appeared that the developed countries were more united and tried to impose their agenda. A day before the closing day of the conference, it looked that Doha meet was going the “Seattle” way and India was made the villain, who refused to care in to the way negotiation were being conducted to suit the interest of only USA, European Union and other rich countries. India objected to passages in the final draft, calling for negotiations on links between environment and trade and on proposals to liberalize cross border investment. India found the revised proposal on the environment redundant and a back door way by the European Union to block exports from countries that do not meet western standard in areas such as food safety. India also tried to put the demands of developing nations for greater access for their textile goods.

The matter was lastly finalized on 14th November, after India showed her intentions to sign the draft deal, while opting out of certain aspects of the agreement. The credit goes to the negotiating skills of the Union Commerce Minister Mr. Murasoli Maran that India defended its trade interests to very end and agreed to join the consensus only after the agreement was suitably modified.

At the Doha meeting three major declarations were adopted-1). On negotiating agenda for the new WTO round, 2). On some 40 implementations concerns of the developing countries and, 3). On the political statement dealing with patents and public health. The negotiating agenda was more of a victory for the European Union and the United States than for the developing countries, with the EU’s ambitions failing only on Singapore issue. The success in keeping out the four contentious issues, Singapore issues of investment, competition, government procurement and trade facilitation till the next conference in 2003, has been achieved amidst dire warnings of India’s isolation made initially by developed countries such as US.

Till date a number of meetings have been held under the Doha round, but the efforts have largely been fruitless. Developed countries want developing ones to open up their agriculture markets but don’t want to cut subsidies to their own farmers.

An important development for the developing countries has been the separate declaration on patent protection which does not prevent developing countries from manufacturing or importing cheaper generic medicines to combat widespread diseases like AIDS, malaria, typhoid etc. On 11th November, 2001, China also joined the WTO and Taiwan’s application was also approved, thus both became 143th and 144th the members of the WTO.

But, the WTO has failed to deliver the promised pro-development changes. Finding ‘ development’ in the Doha Development Round today is like looking for a needle in a haystack. Developing countries have been completely sidelined by the economic and political interests of global powers.

So far the WTO could not deliver good results despite a long journey undertaken so far. For the success of any such meetings, it has to be realized by the rich and developed nations that while forwarding the interests of their own countries, they can’t ignore the world of poor and developing nations in the name of globalization or liberalization.