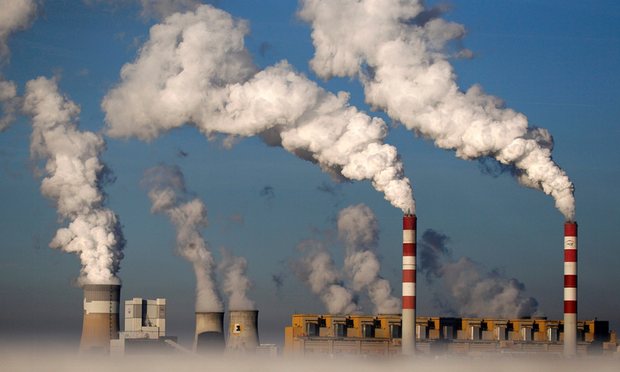 The agreement on climate change reached at Heiligendamm by the G-8 leaders merely sets the stage for the real debate to come: How will we divide up the diminish­ing capacity of the atmosphere to absorb our greenhouse gases?

The G-8 leaders agreed to seek “substantial” cuts in greenhouse gas emissions and to give “serious consideration” to the goal of halving such emissions by 2050 – an outcome hailed as a triumph by German chancellor Angela Merkel and British Prime Minister Tony Blair. Yet the agreement com­mits no one to any specific targets, least of all the US, where President George W Bush will no longer be in office in 2009, when the tough decisions have to be made.

One could reasonably ask why anyone thinks such a vague agreement is any kind of advance at all. At the United Nations Conference on Environment and Development in Rio de Janeiro in 1992, 189 countries, including the US, China, India, and all the European nations, signed the UN Frame­work Convention on Climate Change, thereby agreeing to stabilize greenhouse gases at a low enough level to prevent dangerous anthropogenic interference with the climate sys­tem.

Fifteen years later, no country has done that. US per capita greenhouse gas emissions, already the highest of any major nation when Bush took office, have continued to rise. In March, a leaked Bush administration report showed that US emissions were expected to rise almost as fast over the next decade as they did during the previous decade. Now we have yet another agreement to do what these same nations said they would do 15 years ago. That’s a triumph?

If Bush or his successor wants to ensure that the next round of talks fails, that will be easy enough. In justifying his refusal to sign the Kyoto Protocol, Bush has always referred to the fact that it did not commit China and India to manda­tory emission limits. Now, in response to suggestions by Bush and other G-8 leaders that the larger developing nations must be part of the solution to climate change, Ma Kai, the head of China’s National Development and Reform Commission, has said that China will not commit to any quantified emissions reduction targets. Likewise, India has said that it would reject such mandatory restrictions.

Are China and India being unreasonable? Their leaders have consistently pointed out that our current problems are the result of the gases emitted by the industrialized nations over the past century. That is true: most of those gases are still in the atmosphere, and without them the problem would not be nearly as urgent as it now is. China and India claim the right to proceed with industrialization and development as the developed nations did, unhamper by limits on their greenhouse gas emissions.

China, India, and other developing nations, have a point – or rather, three points. First, if we apply the principle ‘You broke it, you fix it’, then the developed nations have to take responsibility for our ‘broken’ atmosphere, which can no longer absorb more greenhouse gases without the world’s cli­mate changing. Second, even if we wipe the slate clean and forget about who caused the problem, it remains true that the typical US resident is responsible for about six times more greenhouse gas emissions than the typical Chinese, and as much as 18 times more than the average Indian. Third, the richer nations are I better able than less well-off nations to absorb’ the costs of fixing the problem without causing seri­ous harm to their populations.

But it is also true that if China and India continue to increase their output of greenhouse gases, they will eventu­ally undo all the good that would be achieved by deep emis­sions cuts in the industrialized nations. This year or next, China will overtake the US as the world’s biggest greenhouse gas emitter on a national, rather than a per capita basis, of course. In 25 years, according to Fatih Birol, chief economist at the International Energy Agency, China’s emissions could be double those of the US, Europe and Japan combined.

But there is a solution that is both fair and practical: Establish the total amount of greenhouse gases that we can allow to be emitted without causing the earth’s average tem­perature to rise more than two degrees Celsius (3.6 degrees Fahrenheit), the point beyond which climate change could become extremely dangerous; divide that total by the world’s population, thus calculating what each person’s share of the total is; allocate to each country a greenhouse gas emissions quota equal to the country’s population, multiplied by the per person share; and finally, allow countries that need a higher quota to buy it from those that emit less than their quota.

The fairness of giving every person on earth an equal share of the atmosphere’s capacity to absorb our greenhouse gas emissions is difficult to deny. Why should anyone have a greater entitlement than others to use the earth’s atmosphere? But, in addition to being fair, this scheme also has practical benefits. It would give developing nations a strong incentive to accept mandatory quotas, because if they can keep their per capita emissions low, they will have excess emissions rights to sell to the industrialized nations. The rich countries will benefit, too, because they will be able to choose their preferred mix of reducing emissions and buying up emissions rights from developing nations.