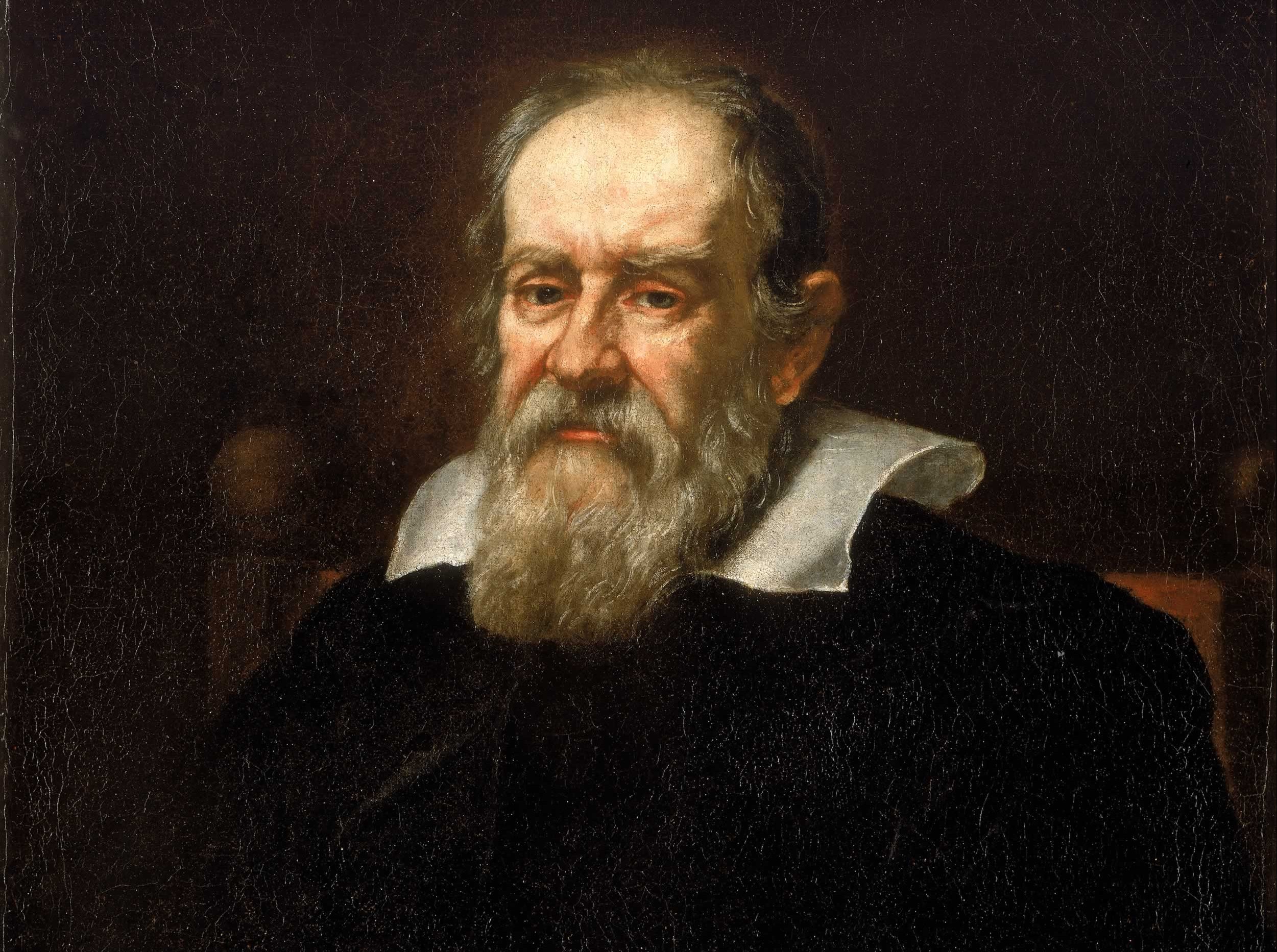 In 1632, Galileo published his book “Dialogue Concern­ing the Two Chief World Systems.” As innocent as this may seem, the implications that were associated with the publish­ing of the book were soon evident. In the time prior to the publishing of the book, Galileo had been warned several times not to publish it by the Catholic Church. The book was a fic­titious dialogue between three men, whose purpose was to discuss two theories of Planetary Motion. The theory that Galileo was advocating was considered by the Church to be heretical, and he was told: several times that publishing the book would have dire consequences. His pride, his impulsive nature, his arrogance, and his love for science influenced Galileo’s decision. Galileo was a scientific genius, but he was also a human. He was too proud to compromise his beliefs under any circumstances.

Before we can analyze this decision, we must understand exactly what the book contained. The idea behind the book was to demonstrate the superiority and validity of the Copernican model of the Solar System versus the Ptolemaic model of the Solar System. The Ptolemaic system was a model of the Solar System in which the planets, the sun, and all other objects in the universe revolve around the Earth. This system was supported by Aristotle and coincided with Holy Scrip­ture, and therefore, was supported by the Church. On the other hand, the Copernican model of the Solar system was the ba­sis for the system we use today. It stated that all objects in the universe, including the Earth, revolve around the sun. This idea was what caused problems with the Church. The theory that the Earth was not the center of the universe directly con­tradicted Holy Scripture. The Church based its threats against Galileo on this foundation.

Before we can truly understand the magnitude of this decision, we must also first comprehend the climate of the times in which his book was published. Europe was in the midst of a break from the old method of thinking to a new, increasingly scientific method of viewing the world and soci­ety. Until this time, Europe had been in what we call the “Age of Faith.” This period was characterized by a strong belief in the Church and religion. Although still a major force in the lives of the people, religion and philosophy were on a steady decline since the start of the Renaissance when the “Age of Exploration” began. People began to draw conclusions on their own; more so than they had before. People tried to use their senses to explain phenomena that they before accepted as “just being.” Faith was used only when the scientific method failed. This separation from faith would ultimately play a major role in Galileo’s decision.

The threats that the Church gave to Galileo were numer­ous, but were generally ineffective because of Galileo’s igno­rance and pride. One warning that Galileo received came in April of 1615 from Cardinal Bellarmine in the form of a let­ter. The letter from the Cardinal was “unofficially but clearly expressing” the Church’s discordance with Galileo on the subject of the Copernican model. In the letter, Bellarmine stated that the Copernican system should be regarded only as “a mathematical hypothesis.” This is significant because Car­dinal Bellarmine was one of the most well respected officials in all of the Church during that time. Later on, Galileo re­ceived another letter. This one was from “an official panel of theologians pronounced against Copernican views.” Unlike the letter from Cardinal Bellarmine, this was an official let­ter. However, the gist of this letter was the same as that of Cardinal Bellarmine. This letter officially told Galileo to desert his belief in the Copernican system. In addition, Galileo was told by Father Vincenzo Maculano de Fiorenzuola, Commis­sary General of the Inquisition, that he was risking a charge of High Heresy because of his theory of matter. Although Galileo did not heed any of these warnings, the knowledge that what he was doing was not approved by the Church weighed a heavy burden on his life and his decision.

The main reason that Galileo ignored these warnings and published the book was his parents, and particularly, his fa­ther, Vincenzo Galileo. His father was a musician, but was living the life of a rebel. He wanted to have the freedom to doas he pleased, to question everything, and to probe deep into society to find answers for himself:

It appears to me that they, who rely simply on the weight of authority to prove any assertion, without searching out the arguments to support it, are acting absurdly. I wish to ques­tion freely and to answer freely without any sort of adulation. That well becomes any who are sincere in the search for truth.

Vincenio Galilei was a man who wanted freedom of thought. He believed heavily in Descartes famous words “I think, therefore I am.” As a result of his upbringing by his father, Galileo also believed in this idea. This was evident in a letter that Galileo wrote to the Grand Duchess Christina in which he discusses his quarrel with the Church:

I do not feel obliged to believe that that same God who has endowed us with senses, reason, and intellect has intended to forgo their use and by some other means to give us knowl­edge which we can attain by them. He would not require us to deny sense and reason in physical matters, which are set be­fore our eyes and minds by direct experience or necessary demonstrations

Another important factor in Galileo’s decision was his pride. Throughout his life, Galileo had never really stood up for himself like he thought he should. While he was writing the Dialogue, Galileo intimated to one of his friends that he did not want to be a coward. He wanted to stand up for him­self and what he truly believed in:

I feel an uprising in my being and want to bring the Dia­logue to completion, hoping that Heaven may grant me strength to carry out the work.

Galileo wanted to be strong and unyielding in his deci­sion and as a result, ended up publishing the book.

Galileo was a devout scientist. This was perhaps his big­gest reason for publishing his book. He loved science, and believed that publishing his book would be the best thing for the scientific world and for everyone else too. He was willing to sacrifice himself for the good of the world. Galileo be­lieved strongly in the scientific method, and he trusted his senses. The information that he had, he collected using his own senses, and to him, this proved its validity. He believed in his senses, and he was true to his beliefs. To most in the scientific community, Galileo was correct for have publish­ing the book:

Scientists would have pressed for a prompt acceptance of their discoveries, but the Church would not have easily accepted views that went against its many-centuries-old tra­ditions.

To many, he was a true scientist and a true mathemati­cian.

A year after publishing the book, the unavoidable hap­pened; Galileo was arrested and brought to trial and charged of heresy by the Roman Inquisition. After a fairly long trial, Galileo was convicted and sentenced to life imprisonment. Later, his sentence was reduced to house arrest.

Galileo’s decision to publish his book had both positive and negative repercussions. From a positive viewpoint, Gali­leo had awakened the world to what was really going on around them. He had given a more realistic view of the world and the universe. Also, he further enhanced science and the new “Age of Exploration.” He initiated the start of the “Age of Reason.” He had advocated the use of one’s senses in or­der to come to a conclusion; He had set an example for all to follow. He had not yielded his position on an important issue, and had stood up to the Church. On the other hand, he weak­ened the Church even more than it already was. As mentioned before, the “Age of Faith” was dying. This decline of the “Age of Faith” meant that the Church’s importance in everyday life was also decreasing. Galileo’s defiance of the Church weak­ened the Church even more in the eyes of the people. The Church had no physical or visual evidence to disprove Gali­leo’s theory. The Church would never fully recover from this blow. More than three hundred years later, the Church would admit that it had made a mistake.

I believe that what Galileo did was right. He knew that in his heart he had to publish his book, not necessarily for everyone else, but for himself. He did what he felt was neces­sary to grant himself inner peace. He said that he wished that God could grant him the courage to publish the book, and God had done so. Galileo had completed what he believed to be his mission, and now he could live with himself. He had definitely done the right thing.