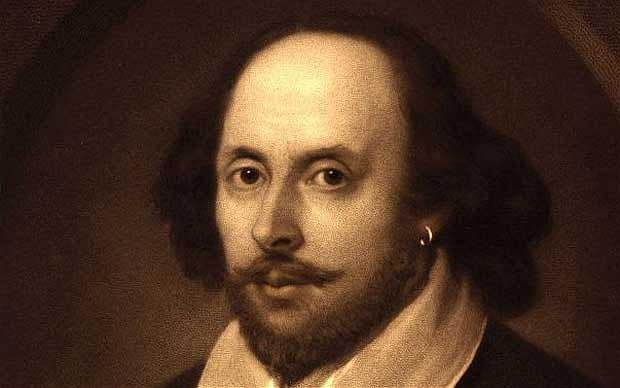 Shakespeare’s plays form one of literature’s greatest lega­cies. His plays are divided into comedies, histories and trag­edies. Shakespeare plays have spawned thousands of perform­ances, adaptations and films. From famous tragedies like “Macbeth” and “King Lear” to tragic love stories such as “Romeo and Juliet” to epic historic plays like “Antony and Cleopatra”, they enlighten, sadden, teach and most important of all, entertain any reader, spectator or learner.

Ironically enough, the very existence of the great Shake­speare is not a concrete fact, but an issue about which there is much argument. But there are documents to prove the exist­ence of a person called Shakespeare, all of a legal or financial nature, not related in any way to his profession as an author of great works of art.

William was born in 1564. This is known from the earli­est record of his life; his baptism which happened on Wednes­day, April the 26th, 1564. From this record, it is assumed he was born in 1564. Similarly by knowing the baptism date, it is guessed that he was born three days earlier on St. George’s day, though there is no conclusive proof of this.

There is great conjecture about Shakespeare’s childhood years, especially regarding his education. It is surmised by scholars that Shakespeare attended the free grammar school in Stratford, which at the time had a reputation to rival Eton. While there are no records extant to prove this claim, Shake­speare’s knowledge of Latin and Classical Greek would tend to support this theory.

As a son of a Stratford official, Shakespeare would have been granted a waiver of tuition. As the records do not exist, we do not know how long William attended, but certainly the literary quality of his works suggest a solid education. What is certain is that William Shakespeare never proceeded to university schooling, which has stirred some of the debate concerning the authorship of his works.

The next documented event in Shakespeare’s life is his marriage to Anne Hathaway on November 28, 1582. William was 18 at the time, and Anne was 26—and pregnant. Their first daughter, Susanna, was born on May 26, 1583. The cou­ple later had twins, Hamnet and Judith, born February 2, 1585 and christened at Holy Trinity. Hamnet died in childhood at the age of 11, on August 11, 1596. It is said that the name of the famous Hamlet is taken from Hamnet’s name.

For seven years, William Shakespeare effectively disap­pears from all records, turning up in London circa 1592. This has sparked as much controversy about Shakespeare’s life as any period. It is estimated that Shakespeare arrived in London around 1588 and began to establish himself as an actor and playwright. When the plague forced theatre closings in the mid-1590s, Shakespeare and his company made plans for the Globe Theatre in the Bankside district, which was across the river from London proper.

Shakespeare’s success is apparent when studied against other playwrights of this age. His company was the most suc­cessful in London in his day. He had plays published and sold in octavo editions, or “penny-copies” to the more literate of his audiences. It is noted that never before had a playwright enjoyed sufficient acclaim to see his works published and sold as popular literature in the midst of his career. While Shake­speare could not be accounted wealthy, by London standards, his success allowed him to purchase New House and retire in comfort to Stratford in 1611.

William Shakespeare wrote his will in 1611, bequeathing his properties to his daughter Susanna (married in 1607 to Dr. John Hall). To his surviving daughter Judith, he left £300, and to his wife Anne left “my second best bed.” William Shakespeare allegedly died on his birthday, April 23, 1616. Even in death, he leaves a final piece of verse as his epitaph

To dig the dust enclosed here.

Blessed be the man that spares these stones,

And cursed be he that moves my bones.

This is probably more of a romantic myth than reality some biographies state completely different stories, one of them is that he was gay, which completely abolish these ro­manticized stories about him. The most important thing about Shakespeare is his work, not his life. His life is full of mys­teries, his very existence is not a concrete fact, but the work studied under his name has always been out of competition. William Shakespeare’s legacy is a body of work that will never again be equaled in Western civilization. His words have en­dured for 400 years, and still reach across the centuries as powerfully as ever.

All’s Well That Ends Well, As You Like It, The Comedy of Errors, Cymbeline, Love’s Labours Lost, Measure for Measure, The Merry Wives of Windsor, The Merchant of Venice, A Midsummer Night’s Dream, Much Ado about Nothing, Pericles, Prince of Tyre, The Taming of the Shrew, The Tempest, Troilus and Cressida, Twelfth Night, Two Gentle­men of Verona, and The Winter’s Tale.

Shakespeare dealt with many themes in his plays, among them were the following:

The theme of love:

Love is one of the most important and fundamental themes to be found in any of Shakespeare’s works, as it was the most popular theme in the whole era. He dealt with the theme of romantic love between man and woman, father child love, friends love, and siblings love.

The theme of light:

The light in Shakespeare’s plays is presented in so many ways and contexts. The light for Shakespeare can be the light of beauty, love, goodness, or truth.

The theme of time:

Just like all writers in the Elizabethan era, Shakespeare paid a lot of attention to the theme of time, its power, unabundance, and effect.

The theme of revenge:

In Shakespeare plays, every action has a reaction. If a father, brother, or friend of any of the characters happens to be endangered or killed, revenge might very much be in or­der.

The theme of supernaturalism:

Magic, magic spells, fortune telling, fairies, angels, witches, and all sorts of supernatural phenomena were pre­sented in many of Shakespeare’s plays. This proves the spe­cial and unique imagination abilities Shakespeare owned.

The theme of race:

Some racist ideas were presented in Shakespeare’s plays. Racism against Negroes in “Othello” and Jews in “The Mer­chant of Venice” are clear examples.

The theme of blindness:

In his plays, Shakespeare’s characters were sometimes blind in one sense or the other. They might be blinded by love, anger, hate, desires, or magic.

The theme of appearance and reality:

Appearance versus reality, this was a topic often dis­cussed by Shakespeare. He had always been interested in showing how appearances can be misleading. This was very clear in “Macbeth”, where Lady Macbeth was described as a “snake” that hides beneath the appearance of a “flower”.

The theme of violence:

Violence is dealt with in many plays of Shakespeare’s. Even in “Romeo and Juliet”, violence is represented in the fight between the two families that lead at the end to the mis­fortune of the two lovers.

The theme of injustice:

Court injustice, love injustice, father-child injustice were all discussed by Shakespeare. In King Lear for example, King Lear starts by doing injustice to his daughter Cordelia and ends up to be insane from the great injustice done to him by his two other daughters, her sisters Gonerill and Regan.

The theme of chaos:

Wrong people doing wrong things to the wrong people at the wrong time was not something very far from the pat­tern of the Shakespearean play, a familiar thing, to be fair. Chaos was present in many of Shakespeare’s plays as a result of magic, love, or simply misfortune.

The plays of Shakespeare during his lifetime were per­formed on stages in private theatres, provincial theatres, and playhouses. The Globe is certainly the most well known of all the Renaissance stages associated with Shakespeare and is rightfully the primary focus of discussion.

During the Elizabethan era in England, plays were very popular. Actors set up platforms, props, and curtains in streets or anywhere possible – people came from all over. Only men were allowed to perform – not women.

The most common place to see a play was in a hotel, where the guests would watch the actors from balconies. (The hotels were round and resembled O’s.).

It was very hard to devise a floor plan because mere de­scriptions are never enough. Due to the open roof, Globe was only open during summers.

The first play performed in The Globe was Julius Ceasar (1599). Shakespeare wrote and performed in many plays in the Globe. His plays were successful for many years – and apparently, they still are.

During performance of Henry VIII in 1613 a spark from the cannon set the thatched roof on fire. It took less than an hour for the Globe to bum down. Luckily no one was hurt or killed.

Immediately after the accident, the Globe Theatre was rebuilt where the first one used to be. It was better than the first; the roof was made of non-flammable tile. All the other characteristics of the Globe, including its popularity, remained.

William Shakespeare died in 1616, but the Globe con­tinued until 1642 when the Puritans closed all the playhouses in London. In 1643 the Globe was demolished for public hous­ing.

A little over 300 years later, San Wanamaker decided to rebuild the Globe. In 1970 he established the “Shakespeare’s Globe Playhouse Trust” and began designing plans for the new building.

Since there were no drawings or records of Globe’s ar­chitecture, experts had to study drawings, letters and docu­ments from Shakespeare’s time to recreate the Globe.

Although constructions began in 1987, pieces of the Globes original foundation were found in Oct. 1989 (almost 200 yards away from the construction site).

With the help of the 5% of the recovered foundation, the experts made a Globe as much like the original as possible. Heavens were painted and the rest of the decorations were made. The Globe was a 20-sided polygon.

In 1993 Wanamaker died before seeing his Globe com­pleted. The Globe was officially finished in 1994. First play in the New Globe was Henry V on June 12; 1997. Queen Elizabeth II attended the opening of the New Globe.

His plays are known by everyone, his heroes and hero­ines are even more famous than the political figures of their time. With 37 plays under his belt, it is hard to place some plays above others. Nonetheless, “Hamlet”, “Romeo and Juliet”, “The Merchant of Venice”, “A Midsummer’s Night’s Dream”, “King Henry V”, “King Lear”, “Macbeth”, “Othello” and “Antony and Cleopatra” are said to be Shakespeare’s most recognizable, and hence, most popular plays. Most academ­ics would argue that “Hamlet” is Shakespeare’s greatest and most famous work. In popular culture, it would probably be considered “Romeo and Juliet”.