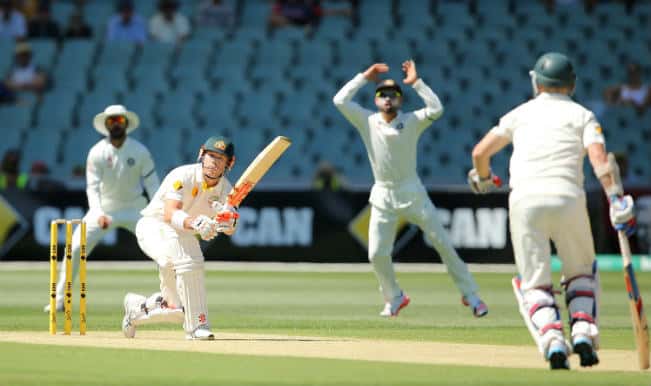 A cricket Test match is a great draw anywhere in the world. Thousands of men, women and children go to see it with pleasure; and millions more watch it on the television sets. I really do not understand why people are mad after cricket. But there is no doubt that they are indeed mad. If people from the stars come to see a cricket match on the earth they will be astonished to see people swarming the cricket field with sheer childish delight.

Some people had their seats reserved in advance but millions tried in vain to buy their tickets at the gate. As many were not able to buy their tickets, they just stood outside and enjoyed the fun and frolic going on there. People were dressed in their best and everything wore a holiday appearance.

Weather was sunny and the game was thrilling. It was contagious and the whole world surged forward to appreciate a good stroke as if they felt as one with the renowned cricketers. The game was going on gloriously. Only once they sent the ball to the boundary line. Mostly they were after short hits and tricky runs. But the game was far from being dull and boring.

The cricket match got more exciting after the lunch break. The Australian captain was a hard hitter. He hit two fours and a six in a single over. He pushed the score to 200 without any loss.