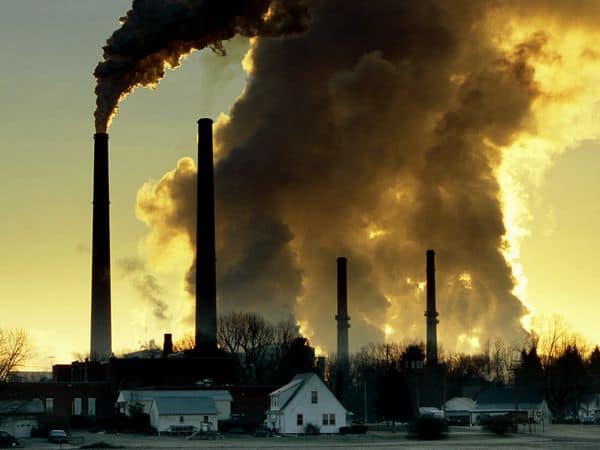 Scientific development in developed countries has gone as fast as population growth in underdeveloped countries. The two factors are equally responsible for pollution of different kinds. Increase in produc­tion means increase in factories, mills, petro chemical set ups and huge industrial complexes. Almost all of these belch out smoke that pollutes the air inside the complex and of the neighbouring area. Many factories manufacture deadly chemicals and fertilizers. The worst tragedy in the chemical industry took place in Bhopal in 1984. 45 tones of Methyl Isocynate (MIC) flew out of the Union Carbide Factory. The air was so polluted that 2500 people died the very day. Lakhs of people within an area of 40 km suffered from ailments of eyes, throats and lungs. Many such cases in small factories where only a few people are affected are never reported.

With the increase in population we require more sources of trans­port. We have cores of auto vehicles registered in the country. The scoot­ers, mopeds, cars, buses and trucks increase the quantity of sulphur dioxide, other oxides, hydrocarbons and carbon monoxide in the atmo­sphere in cities and the villages around the highways. Mumbai, Pune and Ahmadabad in the west, Calcutta in the east, Jaipur, Kanpur, Lucknow and Delhi in the North, Chennai, Bangalore and Hyderabad in the South and Nagpur in the central part of the country are the most polluted cities where the air pollution is between 47 and 871 tons a day.

The air is polluted by the smokers — both in rural and urban areas. Efforts have been made by the government and Non-government Organizations to stop this nuisance. But it has not been taken up as a serious problem. People are seen smoking even in the Air conditioned compartments. It requires a consciousness among the people that even passive smoking i.e. remaining in the company of those who smoke is injurious for health.

A summit was held at Rio de Janeiro in Brazil. It was attended by 178 countries. The participants realized the gravity of the problem. The 27 point Rio declaration was backed by all the countries. The summit gave an opportunity to all the countries to start thinking in this direction. It has made people conscious of the forthcoming tragedy if they do not pay attention to this calamity.

Some people think that road transport is responsible for air pollu­tion the most. Either the automobiles should have perfect appliances that don’t pollute air or the very dependence on petrol and diesel should be left. It does not mean that we should go back to the mule age. But we can replace petrol derivatives with batteries or solar plants.