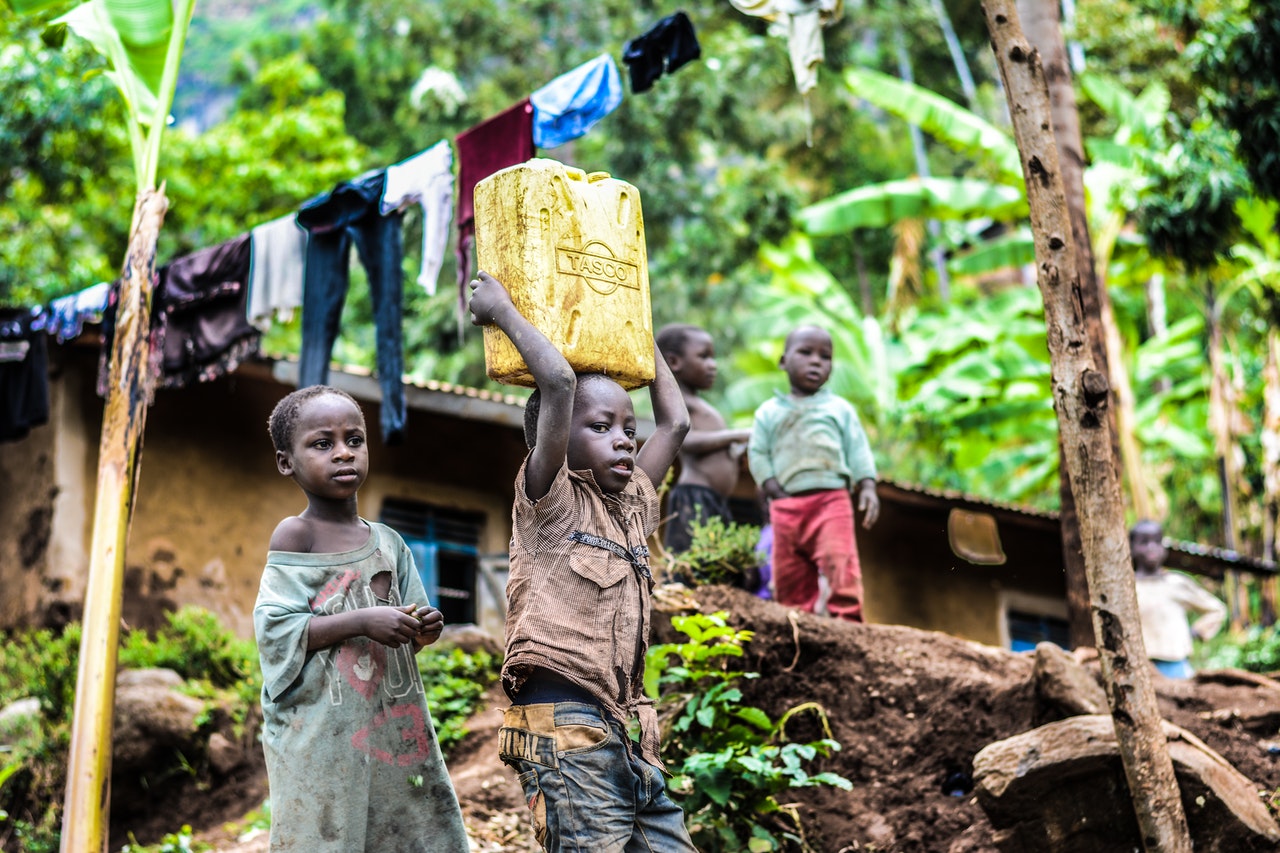 The term ‘child labour’, as defined by International Labour Organization (ILO), is the work that deprives children of their childhood, their potential and their dignity, and that is harmful to physical and mental development. It refers to work that is mentally, physically, socially or morally dangerous and harmful to children, or work whose schedule interferes with their ability to attend regular school, or work that affects in any manner their ability to focus during school or experience healthy childhood.

According to ILO, children or adolescents who participate in work that does not affect their health and personal development or interfere with their schooling, is not child labour; rather it may generally be regarded as being something positive. Such harmless work includes activities such as helping their parents around the home, assisting family or earning pocket money outside school hours and over holidays. These kinds of activities, suggests ILO, may contribute to children’s development by providing them with skills and experience, and help to prepare them to be productive members of society during their adult life.

Child labour in India is the practice where children are engaged in economic activity on part time or full time basis. The practice deprives children of their childhood and is harmful to their physical and mental development. Poverty, lack of good schools and growth of informal economy are considered as the most important causes of child labour in India. The 2001 national census of India estimated the total number of child labour, aged 5-14, to be at 12.6 million. Child labour problem is not unique to India; worldwide, about 215 million children work, many full time.

According to United Nations estimate, there were 20 million bonded child labourers worldwide. Based on reliable estimates, at least 700,000 persons to 2 million, especially girls and children, are trafficked each year across international borders. Research suggests that the age of the children involved is decreasing. Most are poor children between the ages of 13 and 18, although there is evidence that very young children, even babies, are also caught up in this horrific trade. They come from all parts of the world. Some one million children enter the sex trade, exploited by people or circumstances. At any one time, more than 300,000 children under 18 – girls and boys – are fighting as soldiers with government armed forces and armed opposition groups in more than 30 countries worldwide. The ILO estimates that domestic work is the largest employment category of girls under age 16 in the world.

In 2001, out of the 12.6 million, about 0.12 million children in India were in hazardous jobs. UNICEF estimates that India with its larger population has the highest number of labourers in the world less than 14 years of age, while sub-Saharan African countries have the highest percentage of children who are deployed as child labour. The ILO estimates that agriculture at 60 per cent is the largest employer of child labour in India, while United Nations’ Food and Agriculture Organization estimates 70 per cent of child labour is deployed in agriculture and related activities. Outside of agriculture, child labour is observed in almost all informal sectors of the Indian economy.

India has the dubious distinction of being the nation with the largest number of child labourers in the world. The child labourers endure miserable and difficult lives. They earn little and struggle to make enough to feed themselves and their families. They do not go to school; more than half of them are unable to learn the barest skills of literacy. Poverty is one of the main reasons behind this phenomenon. The unrelenting poverty forces the parents to push their young children in all forms of hazardous occupations. Child labour is a source of income for poor families. They provide help in household enterprises or of household chores in order to free adult household members for economic activity elsewhere.

Sometimes children are abandoned by their parents or sold to factory owners. The last two decades have seen tremendous growth of export-based industries and mass production factories utilizing low technologies. They try to maintain competitive positions through low wages and low labour standards. The child labourers exactly suit their requirements. They use all means to lure the parents into giving their children on the pretext of providing education and good life.

The presence of a large number of child labourers is regarded as a serious issue in terms of economic welfare. Children who work fail to get necessary education. They do not get the opportunity to develop physically, intellectually, emotionally and psychologically. Children in hazardous working conditions are in worse condition. Children who work, instead of going to school, remain illiterate which limits their ability to contribute to their own well-being as well as to community they live in. Child labour has long-term adverse effects for India.

To keep an economy prospering, a vital criterion is to have an educated workforce equipped with relevant skills for the needs of the industries. The young labourers today will be part of India’s human capital tomorrow. Child labour undoubtedly results in a trade-off with human capital accumulation.

Child labour in India is employed with the majority (70%) in agriculture and the rest in low-skilled labour-intensive sectors such as sari weaving or as domestic helpers, which require neither formal education nor training.

According to the ILO, there are tremendous economic benefits for developing nations by sending children to school instead of work. Without education, children do not gain the necessary skills such as English literacy and technical aptitude that will increase their productivity to enable them to secure higher-skilled jobs in future with higher wages that will lift them out of poverty.

Section 12 of India’s Child Labour (Prohibition and Regulation) Act of 1986 requires prominent display of ‘child labour is prohibited’ signs in many industries and construction sites in local language and English.

After its independence from colonial rule, India has passed a number of constitutional protections and laws on child labour.

The Constitution of India in the Fundamental Rights and the Directive Principles of State Policy prohibits child labour below the age of 14 years in any factory or mine or engaged in any other hazardous employment (Article 24). The Constitution also envisioned that India shall, by 1960, provide infrastructure and resources for free and compulsory education to all children of the age six to 14 years. (Article 21-A and Article 45).

India is a federal form of government and child labour is a matter on which both the Central government and state governments can legislate. The major national legislative developments include the following:

The Factories Act of 1948: The Act prohibits the employment of children below the age of 14 years in any factory. The law also places rules on whom, when and how long can pre-adults aged 15-18 years are employed in any factory.

The Mines Act of 1952: The Act prohibits the employment of children below 18 years of age in a mine.

The Child Labour (Prohibition and Regulation) Act of 1986: The Act prohibits the employment of children below the age of 14 years in hazardous occupations identified in a list by the law. The list was expanded in 2006 and again in 2008.

The Juvenile Justice (Care and Protection) of Children Act of 2000: This law made it a crime, punishable with a prison term, for anyone to procure or employ a child in any hazardous employment or in bondage.

The Right of Children to Free and Compulsory Education Act of 2009: The law mandates free and compulsory education to all children aged 6 to 14 years. This legislation also mandated that 25 per cent of seats in every private school must be allocated for children from disadvantaged groups and physically challenged children.

The Central government formulated a National Policy on Child Labour in 1987. This policy seeks to adopt a gradual and sequential approach with a focus on rehabilitation of children working in hazardous occupations. It envisioned strict enforcement of Indian laws on child labour combined with development programmes to address the root causes of child labour such as poverty. In 1988, this led to the National Child Labour Project (NCLP) initiative. This legal and development initiative continues, with a current Central government funding of? 602 crores, targeted solely to eliminate child labour in India. Despite these efforts, child labour remains a major challenge for India.

How to Overcome the Problem

Child labour is a global problem. If child labour is to be eradicated, the governments and agencies and those responsible for enforcement need to start doing their jobs. The most important thing is to increase awareness and keep discussing ways and means to check this problem. We have to decide whether we are going to take up the problem head-on and fight it any way we can or leave it to the adults who might not be there when things go out of hand.

Every child is a gift of God – a gift must be nurtured with care and affection within the family and society. But, unfortunately, due to socio-economic and cultural problems, the code of child centeredness was replaced by neglect, abuse and deprivation, particularly in the poverty afflicted sections of the society. The child labour is a complex problem that is basically rooted in poverty. The strategy of progressive elimination of child labour underscores India’s legislative intent and takes cognizance of the fact that child labour is not an isolated phenomenon that can be tackled without simultaneously taking into account the socio-economic milieu that is at the root of the problem.