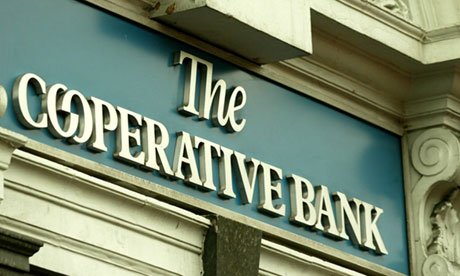 COOPERATIVE BANKS — RESTORING THEIR PAST GLORY

CO-OPERATIVE BANKS, the banks for people of small means in India, which had a glorious past, are today at the cross-roads to reassess their own strengths and weaknesses and decide on their future role in the reforms era. The agri­cultural economy largely depends on the financial strength of co-operative banks. The flow of credit to the masses, the measures needed to reduce urban and rural poverty, the issue of Kisan credit cards and finance for self help groups, will decide the emergence of co-operative banks as “peoples’ organizations”.

Free flow of credit to the disadvantaged sections such as small farmers, marginal farmers, sub-marginal farmers, ten­ant farmers, lessees and landless workers must be ensured by the rural co-operative credit system. Resource constraint is the biggest challenge here. The stranglehold of powerful boards of directors on the urban co-operative banks and mal­practices in sanctioning loans and advances are major prob­lems for these institutions.

Co-operative banks are the pioneers in rural banking. The credit provided by them from the 1950s was a key factor in the success of the green revolution and the white revolu­tion in the country.

Urban co-operative banks partly meet the credit needs of the middle-class/urban poor in cities and towns. They also provide loans and advances for small and medium industries. These banks are described by the Reserve Bank of India as the “commercial window” of the co-operative banking sec­tor.

There are eight industrial co-operative banks which, through regional offices, provide credit for co-operative in­dustries. There are also tens of thousands of employees credit societies spread all over the country.

It should be pointed out that in the whole financial sys­tem, agriculture and rural development banks (State and pri­mary) are the only institutions that take care of the infrastruc­ture needs of farmers. Their contribution in land development can never be ignored. These banks have extended about Rs.17,000 crore for agricultural and non-agricultural purposes.

Even though the basic role of co-operative banks is com­mendable, they are yet to perform at their optimal level. Their resources should have been much more considering the large number of credit outlets.

Co-operative banks continue to be under the control of government authorities. Even the directives of the RBI and NABARD can be implemented only with the tacit approval of State governments. Co-operatives are basically meant to be independent organizations, with their own intrinsic cul­ture. A big transformation is taking place in the commercial banking sector as part of financial reforms —examples, core banking solutions and strategic alliances. In co-operative banks, there is no such initiative, even though the need for such reforms is imperative. Increasing politicization, apathy of members to run co-operatives as profit making entities, laxity on the part of co-operators to uphold the principles of co-operation, open abuse of powers by the authorities, have all left co-operative banks in a moribund state.

Co-operative banks are fast losing their democratic char­acter. One third of them remain superseded. Even today, these banks have to rely on the Central Government for extending agricultural credit. NABARD provides only about 40 per cent refinance to co-operative banks for agricultural operations. The primary development banks are denied larger assistance by NABARD. Therefore, the dependence on private agen­cies charging high rates continues.

While the Centre extends subvention of 2 per cent for all crop loans provided by commercial banks, it restricts refi­nance at 2.5 per cent interest rate of such loans for co-opera­tive banks to 40 per cent of the disbursements.

Deposit accretion by primary societies is awfully poor. Mobilization of deposits by about 97,000 societies should have been not less than 30 times what they have. The district coop­erative banks also have not paid attention to procuring more deposit.

The agriculture and rural development banks are for­bidden from accepting deposits. Though some relaxations were made in 1995 the conditions imposed are too severe. Deposit growth of urban co-operative banks has slowed in the last four years following scams in Gujarat and Maharashtra.

Because of these factors, co-operative banks are in the doldrums. During 2005, 27 out of 31 State cooperative banks earned profits and four incurred losses. Of the 365 DCCBs, 104 incurred losses to the tune of Rs. 800 crore. The accumu­lated losses of DCCBs exceeded Rs. 5,500 crore. The PACS are struggling all over the country. Several of them are dor­mant. Only about 50 per cent of them are viable, 30 per cent potentially viable and the remaining unviable. In the case of SCARD banks and PCARD banks, more than 60 per cent suffer from poor recovery, reduced recycling of funds and high over dues besides losses. In urban co-operative banks, the banks with negative net-worth pose problems in the ab­sence of support from the regulators.

Early measures are needed to improve functional effi­ciency of co-operative banks and make them stronger. Re­source mobilization must be aggressive.

State governments must extend their patronage by be­ing their custodians in letter and spirit. Financial assistance to ailing banks will infuse confidence among the public about their safety.

The banks should go for more diversification in lending and other activities. Insurance, housing finance, handloom finance, and extension of credit to processing industries and production-oriented small units will greatly help in earning more. Products and services must be upgraded to compete with commercial banks. Collection of dues and over dues should receive top priority from all personnel of the co-op­erative credit movement. The huge scope for investment credit in agriculture should be exploited properly.

The poorer sections, now excluded from the country’s banking system, must be targeted with imaginative products. The Centre should increase the Rural Infrastructure Devel­opment Fund to Rs. 50,000 crore. The recommendations of the Task Force headed by A. Vaidyanathan, as accepted by the Central and State governments, must be put into opera­tion. This will help the short-term agricultural co-operative banks to get Rs. 14,000 crore by way of recapitalization.

For long-term lending banks, the Centre can provide Rs. 4,839 crore as suggested by the panel. The Government can permit ARD banks to accept deposits.

Co-operative banks in the Northeast have become sick following poor recovery of loans due to political interference and insurgency in many States. A fresh study must be made to deal with the situation.

The RBI and NABARD should guide, patronize and fi­nancially help co-operative banks when they face problems. State governments should stop being mere on-lookers when­ever co-operative banks have liquidity problems. They should help them overcome any threat from depositors.

The RBI should relax the norms for determining non-performing assets in co-operative banks. They should not be equated with international banks while calculating NPAs.

The central bank can appoint an expert committee to regenerate the urban co-operative banks and also explore the scope for consolidation.

There should be a sound recruitment policy for co­operatives. All primary agricultural co-operative societies should be monitored and controlled only by central co­operative banks. PCARD banks should be supervised only by State co-operative ARD banks. This alone will ensure ac­countability on the part of the primaries.

Sole hope for the poor

The destiny of the millions of poor people can be changed only by promoting and preserving the mass based co-opera­tive organizations, particularly co-operative banks. These banks should run on co-operative principles, based on the Model Co-operative Societies Act, which emphasizes that co­operatives shall be member driven, democratic, and self-sus­taining.

Cooperatives and co-operative banks will have to prove once again that they are second to none in competence and service.

With growing awareness of these basic principles, co­operative banks can be expected to regenerate themselves and actively-participate in the general growth process, thereby improving the living standards of the masses.