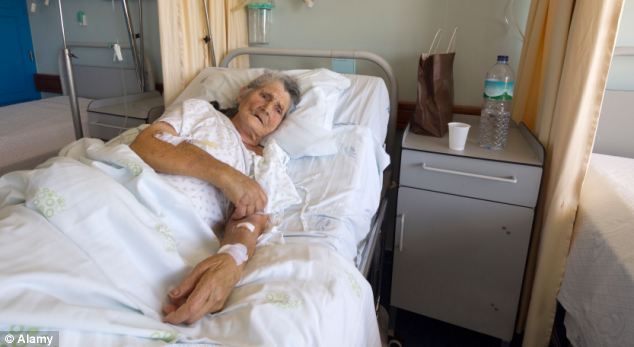 ARE OLD PERSONS A BURDEN TO SOCIETY?

With the improvement in health care and medical aid people have acquired longevity in their lives throughout the world. Formerly the nor­mal age in India was hear almost 50. Now it has gone up to 65. Although it is good that people live long Jeeved Shardah Shatam as the scriptures say. But the problem is that if we live long and have no financial support we become burden upon our family and upon the society at large. The family has to earn more to support the old people. Many times they are ill treated. As they poke their nose in the affairs of the young they are even abused. The old men forget when they were young they did what they wanted without interference from the old. The young forget that the old people have their experience in life and what they say carries some weight. In some cases the minor struggle goes so vicious that the young actually wait for the demise of the old.

These problems arise generally in a joint family that wants to keep the morals intact theoretically. But in practice they do just the opposite. If the old men are respected it is good. But if they are considered burden it creates a number of problems.

In the west where joint family system is an exception there are houses for the old where they are looked after partly by the government and partly by non government organizations. But the problem is that in these houses there is no touch of affection that the old people require badly. This leads to psychiatric problems. Sometimes it becomes so furious that one is to be sent to lunatic asylum too. In these houses the old are deprived of the smile and laughter of young Kids. They lose interest in hobbies too. In India in a few such houses religious songs are sung. The old may not be interested in them. They may be asked to study the scriptures. In a way the life becomes dull and drab.

It has been calculated that by the middle of this century 30 per cent of the people of the world would live old people above the age of 70 or so. At this age they are good for nothing and become a burden upon either the family or the state. The process can hardly be reversed. If we, take out 30 per cent children and 20 per cent man working women only 20 per cent young man remain to look after the whole society. As they have cordial relations with their children better halves and young relatives it is only the old who are at the receiving end.

Exceptions are there like Jamshed ji Nasarwan ji Tata, Bush the ex President of United States of America, Stalin—the dictator of USSR. But they were well placed rich personalities on the basis of riches that they had accumulated. Then corne people from another range like Sarvepalli Radha Krishnan and Mohammad Charim chagla the first Indian Chief Justice of an Indian High Court. Thus when most of the old are a burden to the society some are useful citizens.