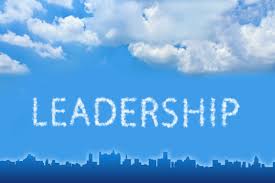 ENLIGHTENED LEADERSHIP IS SERVICE BEFORE SELF

A leader is a person who can lead a group of people to achieve a particular goal. An enlightened leader leads a team selflessly towards a holistic goal, while enabling development of maximum potential of members.

An enlightened leader would be a person of strong char­acter with emotional intelligence. He leads by example and so is a role model. Practice, rather than preaching, would be the code word of an ideal leader. He would have knowledge of the job, knowledge of the self, and the ability to deal with people and have good communication skills. A leader should also have confidence, motivation and enthusiasm to initiate new projects, with courage to take decisions at the right mo­ment and the willpower to persist.

A good leader works selflessly to achieve a particular goal. A selfless leader is able to leave a culture of excellence in the organization. Chinese mystic Lao-tzu said: “True self-interest teaches selflessness; Heaven and Earth endure because they are not simply selfish, But endure on behalf of creations”. The wise leader, knowing this, keeps egocentricity in check and by doing so, becomes even more effective. Enlightened leadership is service, not self-interest. The leader grows more and lasts longer by placing the well-being of all above the well-being of self-alone.

Effective leaders give direction, are optimistic and cou­rageous. They would anticipate and prepare for difficulties. They also understand the value of teamwork and effective communication. Excellence can be achieved in an institution by linking spirituality with work. Different people have dif­ferent motivation levels. One might do the job – say a project to help disadvantaged children – to earn his livelihood. An­other might do it because the work is assigned to him and he could get promoted if he does it well. Yet another might do the work as it gives him great happiness and job satisfaction; he feels he is able to reach out and help those in need.

The first worker is not particularly interested in the job. The second works to incentives. The third loves his job espe­cially as it involves reaching out and helping others. The first is tamasic, the second, rajasic, and the third, sattvic.

The leader has to create an environment, which trans­forms team members by instilling in them right values and attitude towards work so that each member of the team has sattvic attitude. In this way; excellence can be achieved.

An effective leader would show evidence of high intel­ligence and emotional quotients (IQ and EQ). Emotional in­telligence is the leader’s ability to understand his own senti­ments as well as those of others so that he can empathies with others, reach out to people at an emotional level, and build trusting relationships. This can only be possible when the leader is able to manage his own emotions through self-aware­ness. However, even these two qualities are not enough. He also requires spiritual intelligence (SI) to be able to look be­yond. Trying to understand the purpose of life and the best way to serve the distressed are qualities that are found nor­mally in a mother who understands the needs of her children. Spiritual intelligence touches the heart, mind and the spirit. When a leader develops high degree of spiritual intelligence the organization will definitely excel. That is the secret of success of an organization.