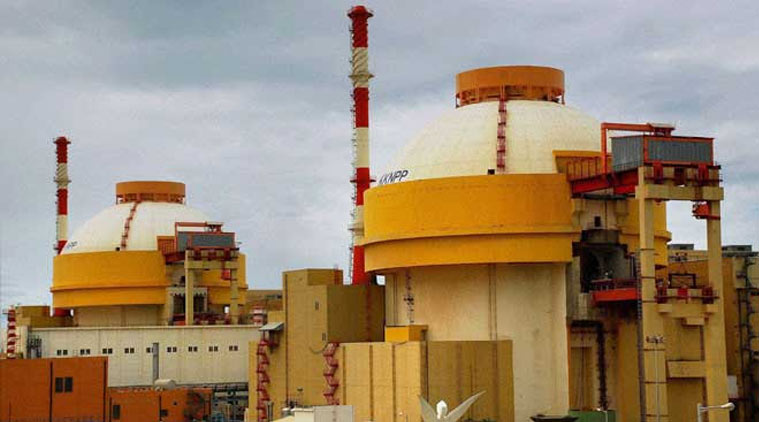 Recently, an energy specialist showed that under realistic assumptions, India will not be able to maintain a modest annual per capita power need of about 2000 kWh by, 2070 by renewable energy alone, the maximum potential for renewable will be 36.1%. Fossil fuel and nuclear will continue to play their role. He believes that hundred years later, India has to depend on nuclear power only.   -By Dr K S Parthasarthy

Recently, anti nuclear activists scored over staunch nuclear power proponents by planning a fast of infants against Kudankulam project. Infants cannot protest, parents forced them to fast. Mercifully, it was only for one hour. I do not know whether, it is legal or whether it may be considered as child abuse. It was a clever ploy to get publicity. Next, the activists may argue that reactors will kill babies and babies’ babies.

Obstacles in the Way of Kudankulam Reactors

Misinformation, misconcepts and other issues are coming in the way commissioning the first Generation 3 + advanced nuclear power reactor in India’. In an article titled India, People power vs. Nuclear power (The Daily Star, 17th October, 2011), Praful Bidwai claimed that Kudankulam reacts will daily draw in millions of litre of freshwater, and release it at a high temperature into the sea, affecting the fish catch on which lakhs of livelihood depend.

The reactors will not use fresh water but water from a desalination plant erected at site. The temperature of water from the reactors discharged into the sea will be in compliance with the stipulations of the Ministry of Environment and Forests (MOEF), Government of India. This discharge will not affect fish catch nor will it adversely affect marine ecology. Bidwai’s observation that reactors are being built within; a one-kilometer radius of major population-centers, violating the 1.6-km ‘nil population’ zone stipulation is not true.

‘Nuclear Power Corporation India Limited (NPCIL) keeps an area of 1.5 kilometer radius around the reactors under its exclusive control as required by the Atomic Energy Regulatory Board (AERB) Code on Safety in Nuclear Power Plant Siting. The site satisfies other AERB stipulations.

AERB allows the reactors to release effluents and emissions routinely.  NPCIL ensures that the limits for releases prescribed by the Atomic Energy Regulatory Board (AERB) are not exceeded.

Bidwai scares people by describing radioactivity as “a regular poison you can’t see, touch or smell”. He knows that these shortcomings have not come in the way of using radiation in medical, industrial and research applications. That we can measure radioactivity and radiation accurately at extremely low levels helps to enforce regulatory limits on releases and emissions.

Bidwai notes that scientific studies covering 136 nuclear sites in seven countries showed some adverse health effects. The reference is to a paper by Baker and Hoel in the European Journal of Cancer Care (2007). It offered some evidence of elevated leukemia rates among children living near nuclear facilities.

The authors described the limitations of the study and-also referred studies which did not show any effect. They referred to studies in leukemia effect was seen before the nuclear facilities started operation! Specialists criticized the study for its methodological weaknesses, such as combining heterogeneous data (different age groups, sites that were not nuclear power plants, different zone definitions), arbitrary selection of 17 out of 37 individual studies, exclusion of sites with zero observed cases or deaths, etc (Wikipedia).

Though the paper deals with leukemia only and no other effects, Bidwai claimed that the study shows “abnormally high leukemia rates among children and higher incidence of cancers, congenital deformities, and immunity and organ damage”.

Nuclear critics have a way of shaming epidemiologists and other specialists by cherry picking data and inventing conclusions. The Chernobyl accident caused two deaths immediately and 28 deaths within a few months.

According to the United Nations Scientific Committee on the Effects of -Atomic Radiation (2011), there were 15 more deaths due to thyroid cancers. Opinions on number of potential deaths differ.

Bidwai claimed (34000 to 95000) deaths, lot less than one million predicted by a Greenpeace supported report. He claimed that the numbers of deaths are still ‘climbing’. Such myths cloud the reality that no such dramatic increases have been identified. Actually radiation scaremongers caused 100000 to 200000 abortions in Europe. A nuclear reactor will not explode like a nuclear bomb as its fuel contains only less than 5% enriched uranium. This is a basic lesson in reactor physics.

Bidwai’s argument that a reactor is a barely controlled nuclear bomb has no scientific basis.

Limitations of India in Context of Power Generation

We do not now have the luxury to choose any mode of power generation. The government’s programme to erect solar generating capacity of 20000 MWe by 2020, equal to that of the then nuclear capacity may be seen in that context.

Recently, an energy specialist showed” that under realistic assumptions, India will not be able to maintain a modest annual per capita power need of about 2000 kWh by 2070 by renewable energy alone, the maximum potential for renewable will be 36.1%. (Current Science, September 10, 2011), Fossil fuel and nuclear will continue to play their role. He believes that hundred years later, India has to depend on nuclear power only.

A Mumbai daily quoted Dr.M P Parameswaran, a DAE veteran (whatever that may mean) as saying that ‘No N-plant in India safe’-an opinion, not based on facts.

“We are yet to master the technology to decommission a reactor. That is why we keep on extending the life period of some of the reactors which have outlived their utilities he added another skewed opinion.

He says that in 1974, all US Noble Prize winners were opposed to nuclear power plants. It is very unlikely. In spite of the ‘opposition’, nuclear electricity has increased over seven fold during 1974 to 2010.

The one Nobel Laureate, Roald Hoffmann, I interviewed a few years ago, supports nuclear power; he wanted nuclear proponents to highlight its environmental advantages. Currently, Steven Chu, a Nobel Laureate is the US Energy Secretary; he consistently votes for nuclear power.

Dr Parameswaran asks why the Indian nuclear establishment is silent about the pollution caused to the marine wealth of the country by the coolant water discharged to the sea-another misconception. A thermo-ecology study carried out at Kalpakkam and Kaiga stations with several experts from institutions such as the National Institute of Oceanography (NIO), Central Electro Chemical Research Institute (CECRI) and several universities in the country did not reveal any adverse impact on marine ecology near nuclear power plant sites.

Are yet to master the technology to decommission a reactor. This will enable the country to face the challenges in electrical capacity.