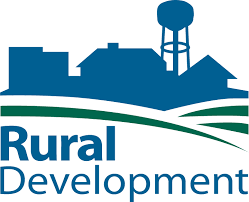 Once, Gandhiji told the renowned author Mr. Mulk Raj Anand that we can’t build India unless we build villages. Gandhiji wanted to make the villages independent republics, independent in governance and for routine requirements, governed by the people of the villages and self sufficient for financial needs. In India, 70% of our population lives in villages, but the developmental schemes, for the development of rural segment were not given the required priorities in the beginning.

However, for quite some time the Government has been rather more focused on making concrete action for rural development.

A brief account of these programmes and plans is given below

The UPA Government remains committed to ensuring inclusive growth by improving rural infrastructure in a comprehensive manner through the second phase (2009-10 to 2012-15) of Bharat Nirman. Efforts are being continued to provide electricity, safe drinking water, all weather roads, telephones and broadband connectivity to all eligible villages/habitations and substantially augment rural housing stock and irrigation potential.

71.8 lakhs houses were constructed during the first phase against a target of 60 lakhs. An ambitious target of constructing 120 lakhs houses has been set for the second phase.

Under this scheme, 79938 habitations (73% of the sanctioned habitations) have been provided all weather road connectivity till August, 2011.

India aims at providing electricity to all the 593732 villages in the country by 2012, Kerala’s Palakkad district becoming the first fully electrified district in the country.

Under Bharat Nirman, villages not having access to public telephones were to be provided with Village Public Telephones (VPTs). 569385 villages, out of a total of 593601 villages in the country, have been provided with VPTs, as on 31st March, 2010. Out of 250000 targetted village Panchayats, about a third have been connected through broadband.

The MGNREGA has led to the largest employment programme in human history and is unlike any other in its scale, architecture and thrust. Its bottom-up, people-centered, demand driven, self selecting, rights-based design is new and unprecedented. MGNREGA enjoins the state to provide a guarantee of employment for 100 days every year to each rural household that demands work.

This Scheme has been provided a sum of Rs. 40000 crore in the budget of the current financial year 2011-12. As per reported performance during 2011-12 (up to September 2011) by the States, against the available funds of Rs.32151.77 crore, the expenditure incurred is Rs.14081 crore households have been provided employment of 86.07 crore person days during this period.

The Government has approved a Centrally-sponsored Pilot Scheme ‘Pradhan Mantri Adarsh Gram Yojana’ (PMAGY) in March 2010, for all round integrated development of 1000 villages, each with more than 50% SC population, in five States of the country viz Rajasthan, Uttar Pradesh, Bihar, Tamil Nadu and Assam.

(iv) Training and Capacity Building for Self Employment

(v)  Enhanced Package of Economic Assistance for setting up of

(vi) Convergence and larger role for the Self Help Groups (SHGs)

Central allocation of SGSY/National Rural Livelihoods Mission (NRLM) was Rs.2914 crore during the financial year 2011-12 which is a major self-employment programme. Out of this central subsidy for the States and UTs is Rs.2190 crore. The central release amounts to Rs. 1107.14 crore up to September, 2011.

The IAY is a flagship scheme of the Ministry of Rural Development to provide houses to BPL families is rural areas. Since 1985, nearly 223 lakh houses have been constructed with an expenditure of about Rs. 54688 crore. In the Eleventh Plan, Rs.26882 crore has been allocated for IAY. From 1st April, 2011, the assistance under IAY for new construction has been raised from Rs.35000 to Rs.45000 per unit (20 sq m plinth) in plain areas and from Rs.38500 to Rs.48500 in hilly difficult areas.

The new Land Acquisition Bill aims to address concern of farmers who lose their land, help land acquisition for industrialization and other infrastructural projects. The new Land Acquisition Bill is aimed to balance the need for facilitating land acquisition for industrialization, development of essential infrastructure facilities and urbanization, while at the same time to meaningfully address the concerns of farmers and those whose livelihoods are dependent on the “land being acquired.”

The drive to extend sanitation services in rural areas is spear headed by the Total Sanitation Companion (TSC) introduced in 1999, being made to complete implementation of TSC projects in the countryside by 2012. The Total Sanitation Campaign (TSC) is one of the eight flagship programmes of the Government.

A total of 607 TSC projects have been sanctioned so far in rural districts of the country at a total outlay of Rs. 20024 crore, with a central share of Rs.13026 crore. The annual budgetary support for the TSC has gradually been increased from Rs.202 crore in 2003-04 to Rs.1580 crore in 2010-11. With the scaling up of the TSC, combined with higher resource allocation, the implementation of the programme has resulted in substantial increase in rural sanitation coverage from 21.9 % in 2001, to about 67.86% as on November 2010.

To encourage the Panchayati Raj Institutions (PRIs) to take up sanitation promotion, the incentive scheme of Nirmal Gram Puraskar (NGP) has been launched.

The Ministry of Home Affairs has identified 60 districts of the country as Left Wing Extremism (LWE) districts. The Government of India has launched a special programme in these districts called Intergated Action Plan (IAP). On 13th September, 2011 Union Minister of Rural Development announced a scheme of PM’s Rural Development Fellows for deploying young professionals in each of the IAP districts to assist the District Collector. PMRDFs will basically function as development facilitators, they will assist the collector and his/her colleagues in each of the IAP districts and how they should be handled.

The Bill which was approved by the Cabinet on 22 December, 2011 would increase the food subsidy bill to Rs.95000 crore per annum against the current Rs. 67337 crore.

The proposed law marks a paradigm shift in addressing the problem of food security—from the existing welfare approach to a right-based approach. Besides expanding the coverage of the Targeted Public Distribution System, it will confer legal rights, enabling eligible beneficiaries to receiver food grains entitlements at highly subsidized prices. As per the NAC’s recommendation, the National Food Security Bill (NFSB), to be implemented in two phases, proposes legal entitlement to subsidized food grains to 72% of the population grain entitlement per month at a subsidized price Rs.1|2|3 per kg for millets/wheat/rice and general households with 4 kg /per capita grain entitlement per month at a price not exceeding 50% of the current Minimum Support Price for millets, wheat and paddy. Besides, legal entitlements are proposed for child and maternal nutrition, destitute and other vulnerable groups.

The law will also confer legal rights on women, children and other special groups—destitute, the homeless, disaster and emergency affected persons and persons living in starvation—to receive meals free or at an affordable price.

The law will entitle people eligible under the priority category (below the Poverty Line families) to a monthly allotment of 7 kg of food grains, comprising rice, wheat and coarse grains, per person. Rice will be provided at Rs.3/kg, wheat at Rs.2 and coarse grains at Rs.1.

The general category will get at least 3 kg of grain at a rate not exceeding 50% of the minimum support price. Thus, it would be seen that in recent years a lot of initiative has been taken by the government to improve the economic conditions of the rural people and providing infrastructure to boost the rural economy, yet much more is needed keeping in view the peculiarity of our rural areas in the field of education, electrification, drinking water and health and hygiene sector etc. The implementation is to be properly checked to bring about the required result.