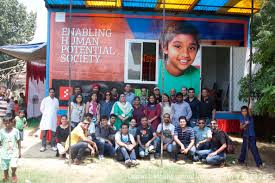 GOVERNMENT, CORPORATE, AND NGOS MUST TEAM UP FOR EQUITABLE GROWTH

The Indian economy has begun to clip ahead at 9 per cent. There is hope at last it may reach 10 per cent, a rate China has exceeded for many years. However, the need for more inclusive development is complicating policy choices and pace of reforms. Some suggest that policymakers should push harder on the accelerator; others caution that growth without equity will affect the consensus for reform and growth could stumble. It seems that purely ‘economically correct’ choices are not feasible. ‘Political correctness’ must be factored in- What India needs at this juncture is a reform process whereby growth and equitable participation in growth go hand in hand.

The principal thrust of economic reforms since 1991 has been to unshackle the private sector and expand its scope. For citizens of Indian cities, power shortages in the rising heat of the Indian summer have brought that agenda onto the front burner. Neither government nor private companies, to whom Delhi’s power distribution has been handed over, have solved their problems. There is indignation that a private com­pany, putting profits ahead of its service obligations, deprived residents in Delhi of power to sell it to another state at a higher price. Affirmative action and land for industry are other  has in which the fundamental question of economic efficiency (and private profit) versus socio-political equity in the proc­ess of economic reforms has figured prominently.

Two recent surveys reveal public perceptions of reforms so far as well as the performance of institutions in India. One of them conducted across 12 cities reveals that middle-class Indians, having experienced the benefits of open markets and competition among companies, are very satisfied with the progress of economic reforms. However, they are dissatisfied with the quality of public services and believe that, for this reason, India is still a Third World country.

Surprisingly, these same educated middle class people are not anxious to have public services privatized. As many as 73 per cent said they would rather have government than the private sector provide services such as transport, water, education and power, where access to services and equity matter. Their perception is that the private sector cannot be trusted in such areas even though it has demonstrated its effi­ciency in many others. The other survey of middle-class Indi­ans in six cities revealed that 90 per cent of respondents be­lieved NGOs were necessary to ensure equity and justice. And surprisingly, they trust NGOs in this regard more than gov­ernment and even the judiciary.

What India needs is faster growth but also more inclu­sive growth — 11 per cent even, but only if it can be attained with more equity. Institutions and processes make change happen in societies, explains Nobel Prize winning economist Douglass C North in his book, Understanding the Process of Economic Change. There is no model to fit India’s challenge. India will have to develop the institutions and processes it needs for inclusive and, at the same time, faster growth. With the role of the private sector ascendant, a receding government and proliferating NGOs, there is a jockeying for power and space between these institutions all over the world, in­cluding India. The pulls and tugs between these three actors within democratic societies can slow down the process of re­form. Moreover, as North points out, institutions themselves must also be reformed for the process of economic change to be effective. This includes the private sector too.

The reform agenda cannot be simply to reduce the scope of government and to privatize. It must go beyond econom­ics. Partnerships are required to bring together the strengths of several institutions to serve society more effectively. The private sector can bring its ability to manage economic re­sources efficiently, NGOs their passion for the rights of the less privileged, and democratic governments their legitimacy in imposing authority. In a survey, 75 per cent of respondents said that NGOs and the private sector must work together in the wider interests of society. So too must political parties that represent diverse interests.

However, it is not easy for these institutions to Work with each other. There are deep-seated biases on all sides. And, generally they do not have the ability for dialogue. Last month, a cabinet minister clashed with captains of industry in a debate about the benefits of reforms. The debaters slipped into parallel ideological ruts of Left and Right in each other’s minds. Between such stereotypes there can be no ‘ dialogue, which requires that people explore the world through others’ eyes and appreciate their perspectives also.

The ways in which institutions interact, the quality of dialogue among them, and their ability to arrive at consensus quickly is an ‘institutional’ ability of great value to societies. Perhaps India needs this institutional ability more than any other country in the world today. It is much larger and more diverse than other countries. Moreover, its economy must grow faster. Hence, its development agenda is more complex than those of advanced economies. It is also more complex than developing countries like China, which can side-step discordant, democratic debates. Therefore, as much as eco­nomic reforms and policies, reforms are also required in the way in which issues are debated and resolved for “India to achieve its objective of more rapid and inclusive growth. Ef­fective dialogue is the key to faster reforms in India.