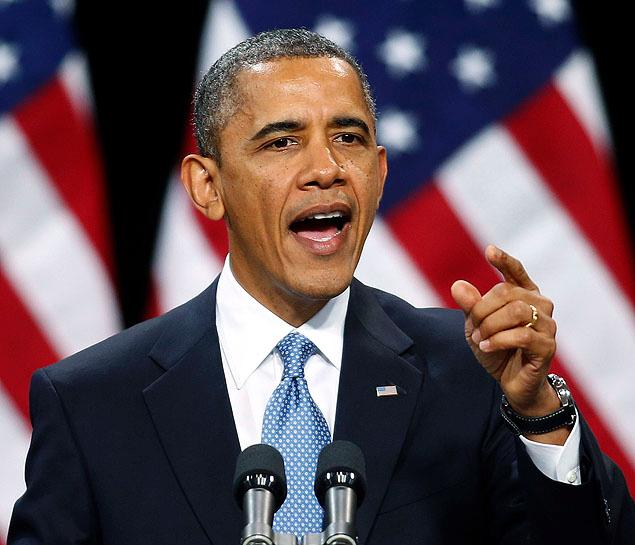 Barack Hussein Obama II, a Senator from Illinois; born in Honolulu, Hawaii, 4th August, 1961; obtained early education in Jakarta, Indonesia, and Hawaii; continued education at Occidental College, Los Angeles, California; received a BA in 1983 from Columbia University, New York City; worked as a community organizer in Chicago, Illinois; studied law at Harvard University, where he became the first African American President of the Harvard Law Review, and received JD in 1991; lecturer on constitutional law, University of Chicago; member, Illinois State Senate 1997-2004; elected as a Democrat to the US Senate in 2004 for term beginning 3rd January, 2005; elected as the 44th President of the United States on 4th November, 2008.

As a member of the Democratic minority in the 109th Congress, he helped create legislation to control conventional weapons and to promote greater public accountability in the use of federal funds. He also made official trips to Eastern Europe, the Middle East, and Africa. During the 110th Congress, he helped to create legislation regarding lobbying and electoral fraud, climate change, nuclear terrorism, and care for returned US military personnel.

On 10th February, 2007, he announced his candidacy for President of the United States, and on 3rd June, 2008, he was named the presumptive nominee of the Democratic Party after a 17 month long primary campaign. He became the President elect after defeating Republican presidential candidate John McCain in the general election on 4th November, 2008, and was sworn as President of the United States on 20th January, 2009.

On 10th February, 2007, Obama announced his candidacy for President of the United States in front of the Old State Capitol building in Springfield, Illinois. The choice of the announcement site was symbolic, because it was also where Abraham Lincoln delivered his historic ‘House Divided’ speech in 1858. Throughout the campaign, Obama emphasized the issues of rapidly ending the Iraq War, increasing energy independence, and providing universal healthcare.

During both the primary process and the general election, Obama’s campaign set numerous fund raising records, particularly in the quantity of small donations. On 19th June, Obama became the first major party presidential candidate to turn down public financing in the general election since the system was created in 1976. A large number of candidates initially entered the Democratic Party presidential primaries. After a few initial contests, the field narrowed to a contest between Obama and Senator Hillary Clinton, with each winning some states and with the race remaining nearly tied throughout the primary process. On 31st May, the Democratic National Committee agreed to seat all of the disputed Michigan and Florida delegates at the national convention, each with a half-vote, narrowing Obama’s delegate lead. On 3rd June, with all states counted, Obama passed the threshold to become the presumptive nominee. On that day, he gave a victory speech in St Paul, Minnesota. Clinton suspended her campaign and endorsed him on 7th June. From that point on, he campaigned for the general election race against Senator John McCain, the Republican nominee.

On 23rd August, 2008, Obama selected Delaware Senator Joe Biden as his vice presidential running mate. At the Democratic National Convention in Denver, Colorado, Obama’s former rival Hillary Clinton gave a speech in support of Obama’s candidacy and later called for Obama to be nominated by acclamation as the Democratic presidential candidate. On 28th August, Obama delivered a speech to the 84000 supporters in Denver. During the speech, which was viewed by over 38 million people worldwide, he accepted his party’s nomination and presented his policy goals. After McCain was nominated as the Republican presidential candidate, polls indicated that he had closed the gap with Obama. There were three presidential debates between Obama and McCain in September and October 2008.

After the debates, Obama pulled ahead in national polls. On 2nd November, 2008, Obama’s grandmother, Madelyn Dunham, died from cancer at the age of 86. Obama learned of his grandmother’s death on 3rd November, one day before the election. Obama’s election sparked spontaneous street celebrations in the United States and abroad. Many editorialized, that the image of the United States abroad that was strained during the administration of George Bush would improve. Fears that gun laws would become more restrictive during an Obama administration led to an unprecedented rise in firearms sales across the United States.

On 4th November, 2008, Barack Obama defeated John McCain and became the first African American to be elected President of the United States. In his victory speech, delivered before a crowd of hundreds of thousands of his supporters in Grant Park in Chicago, Obama proclaimed that “Change has come to America.” Born in Hawaii, Obama will be the first US President born outside the contiguous United States. He was also the fifth youngest President at a date of accession and the first since Lincoln whose primary political base was Illinois. His assigned Secret Service codename was ‘Renegade’.

Obama was known as ‘Barry’ in his youth, but asked to be addressed with his given name during his college years. Obama met his wife, Michelle Robinson, in June 1989, when he was employed as a summer associate at the Chicago law firm of Sidley Austin. Assigned for three months as Obama’s adviser at the firm, Robinson joined him at group social functions, but declined his initial offers to date. They began dating later that summer, became engaged in 1991, and were married on 3rd October, 1992. The couple’s first daughter, Malia Ann, was born in 1998, followed by a second daughter, Natasha (‘Sasha’), in 2001.

Obama has seven half-siblings from his Kenyan father’s family, six of them living, and a half-sister, Maya Soetoro-Ng, the daughter of his mother and her Indonesian second husband. Obama’s mother was survived by her Kansas-born mother, Madelyn Dunham until her death on 2nd November, 2008, just before the presidential election. In Dreams from My Father, Obama ties his mother’s family history to possible Native American ancestors and distant relatives of Jefferson Davis, President of the Southern Confederacy during the American Civil War.

With his Kenyan father and white American mother, his upbringing in Honolulu and Jakarta, and his Ivy League education, Obama’s early life experiences differ markedly from those of African-American politicians who launched their careers in the 1960s through participation in the civil rights movement. Expressing puzzlement over questions about whether he is ‘black enough’, Obama told an August, 2007, meeting of the National Association of Black Journalists that the debate is not about his physical appearance or his record on issues of concern to black voters. Obama said that “we’re still locked in this notion that if you appeal to white folks then there must be something wrong.”

Echoing the inaugural address of John F Kennedy, Obama acknowledged his youthful image in an October, 2007 campaign speech, saying: “I wouldn’t be here if, time and again, the torch had not been passed to a new generation.” A popular catch phrase distilled the concept: “Rosa sat so Martin could walk; Martin walked so Obama could run.” Many commentators mentioned Obama’s international appeal as a defining factor for his public image.

The election of Barack Obama as the President of the United States was bound to be one of the greatest events in contemporary world politics. However, there is need to look beyond the symbolism that threatens to submerge and disguise the man himself, his intellectual personality, extraordinary intellect and passionate charisma.

Also, it is important to make a distinction between the extent to which the Obama phenomenon will have helped towards the restoration of the dignity of the African after centuries of domination, slavery, colonialism and racism, on the one hand, and, on the other, the fact that Barack Obama is essentially an American who, as President, will work and operate within the broad parameters of a policy framework that underpins the US as a superpower.

This was an election, which attracted a record turnout of 66% or 131 million votes, with Barack Obama romping comfortably home with 349 electoral votes to 161 for John McCain and a popular vote of 52% to 47% for his rival. And what about the enormous crowds that graced his rallies, not to mention the 125000 that thronged the victory scene in Chicago on the night of the election results. It should also be noted that approximate 200000 plus persons that greeted him in Berlin, a few months earlier as Barack Obama toured Europe, a poignant reminder then that here was a man with such universal appeal.

Indeed, it was understandable that Africa and people of African origin would want to identify with the victory of one of their colour. But, we have to remember, that this victory was not Africa’s alone nor the African-American factor which would constitute perhaps no more than 5-7% of the total number of voters that propelled Barack Obama to the White House. So, while one acknowledged the racial significance in the emergence of Barack Obama as the first black President of the USA, there were more profound factors here, beyond race and the symbolism that accompanied it.

Obama is intelligent and educated enough to have confronted successfully and transcended the problem of identity in a world still so race conscious. His autobiography, ‘Dreams of My Father’ is an account that goes far beyond the issue of race and portrays a strong personality, self-confident, and with enormous leadership potential. As a technocrat in his own right and one who had learnt and experienced the art of organization as a community worker, Obama understood from the outset the requirements for a successful election campaign. He did not fall prey to the temptations of cheap electioneering and transient patronage; he surrounded himself with an able team, chosen on the basis of merit and relevant experience. Above all, he capitalized on his immense charisma and converted this Obama magic to his advantage with impeccable skill and almost faultless political agility, honesty and integrity.

This is necessary and critical in order for the most influential countries to work together to fight challenges such as global warming and nuclear expansion.