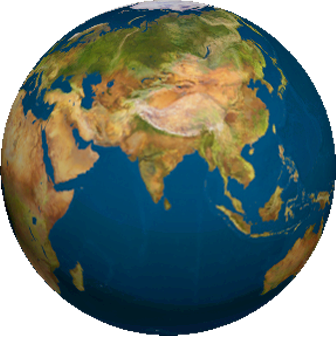 INDIA AND THE PERILS OF GLOBAL WARMING

*More than 70 people lost their life due to heat wave across North India in the first week of June this year.

*Outbreak of Dengue fever and Encephalitis caused death of 413 people in the country last year where nearly 1.4 million people were also reported to be infected with Chikungunya, a vector-borne disease. Over 2600 cases of Chikungunya were reported in Kerala in the first 12 days of June itself

*For the second consecutive year the country is forced to import wheat as its production has slumped to 74 million tons from 76 million tones earlier.

*Parts of mega cities like Mumbai. Kolkata and Chennai will submerge in sea in 30-35 years as faster melting of gla­ciers in the Himalayan and the Hindukush ranges will lead to rise in sea levels by about 40 cm.

These developments are uncannily linked to greenhouse gas emissions and their cascading effects on climate.

While countries like the US, Japan, Germany, and Eng­land may overlook them as non-serious; these developments pose major challenges for a developing nation like India. As New Delhi will have to put a break on its planned objective to eradicate poverty that it wants to do by sustaining eco­nomic growth at 10 percent in the next 25 years. Secondly, it will have to pump in huge amount of hard- earned foreign exchange money to buy technology to control emissions of greenhouse gases, the primary source of climate change or global warming.

In the just concluded G-8 summit in Germany, the issue found primary focus and every participating country at the summit admitted the threat posed by climate change. Despite this, while disagreement among the countries over greenhouse gas emissions persists for India rapid increase in normal temperature and its consequent impact on rainfall, cereal pro­duction, water resources and human health is a worrisome factor. Especially when various studies suggest that the country may not get relief even in next millennium from rising sur­face air temperature that is increasing by 0.4 degree Celsius. On the other hand, Intergovernmental Panel on Climate Change (considered to be the last word on the science of cli­mate change) claims that global temperature will rise by 2.40 Celsius to 6.40 Celsius by the end of the century. Thus, rise in mercury is not an, obscure factor; given the fact 76 people were dead in Delhi, Uttar Pradesh, Madhya Pradesh and other parts of North India in the first week of June itself. Dehydra­tion and heat stroke were reason behind these deaths. Doc­tors admit that if the temperature continues to soar high, it will lead to have adverse effect on human body. “There can be short and long-term effects of excessive heat on human body. Cramps and dehydration occur when one is exposed to high temperature. However, if one is exposed to excessive heat for a long duration he can fall unconscious and can go into coma.” Dr Randeep Guleria of All India Institute of Medi­cal Sciences said. According to the internal medicine expert, people with light skin colour can also get inflicted with skin cancer or any other skin disease on account of exposure to ultra violet rays that scorching sun-light emits. Primary rea­son for all this lies in the excessive emissions of greenhouse gases like Carbon Dioxide, Methane, and Nitrous Oxide.

As per a data from the Ministry of Environment, the per capita emission of greenhouse gas, especially of Carbon Di­oxide is 1.34 tones in the country. It is just four percent of the US per capita emission, eight percent of the UK’s and 10 percent of Japan’s and 23 percent of the global average. How­ever, what makes condition worse is the alarming rise in vec­tor-borne disease. Over 5.000 cases of Chikungunya were reported in May in Kerala. On the other hand, the state re­ported more than 2.600 cases of this vector-borne disease in the just 12 days of June. Yet to find any       effective cure or vaccine, the country hogged international media headlines when nearly 1.4 million people were found infected with Chikungunya in 2006. In the same year, outbreak of Dengue fever and Encephalitis killed 413 people across the country.

The IPCC in its recent report said that profligate burning of fossil fuels, industrial processes, farming activities, and changing land use are culprits behind drastic change in overall climatic conditions. If IPCC chairman R K Pachauri were to be believed, many parts of the world would suffer from food crisis in days to come. He estimates that a rise of O.5 degree Celsius in winter temperature could cause a 0.45 tons per hectare fall in India’s wheat production. He seems to be right, as New Delhi is compelled to import wheat for another year. Interestingly, the country that exported 34.8 million tons of food grains, including wheat during 2001-04, found itself in import trap as the government had to procure nearly 55 million tons of wheat from offshore. “Higher temperature reduces the total duration of a crop cycle by inducing early flowering, thus shortening the grain fill period. The shorter the crop cycle, the lower the yield per unit area,” Greenpeace, an internationally acclaimed organization which focuses on environmental issues, maintains.

It is estimated that if proper efforts are not made on gas emissions front wheat yield will decline by 55 percent in In­dia by the year 2100. The global warming will also trigger frequent natural disasters, including accelerated activity of weeds and harmful insects, causing great damage to harvests. But then, as per experts the climatic change will not only impact on agricultural growth, but also drinking water and generation of hydroelectric power.

In view of these adversities of greenhouse gases, the central government has recently formed a nine-member ex­pert committee to study the impact of global warming/cli­mate change in the country and identify measures to address the problem. “Rise in sea levels, resulting from faster melt­ing of glaciers in the Himalayan and Hindukush ranges, can affect millions of people in India,” Pachauri said. The sea level has been witnessing one cm rise for a decade in the country. Experts say that due to thermal expansion of water in the Indian Ocean, level of sea is expected to rise about 25-40 cm by 2050. Thus putting the future of mega cities like Mumbai, Chennai, and Kolkata at stake. “India’s economic growth would necessarily involve increase in greenhouse gas emissions from the current extremely low levels. Any con­straints on such emissions whether direct or indirect would reduce growth rates;” an IPCC report said. New Delhi feels that before much is lost; all greenhouse gas emitters like the US should reduce emissions by 12 percent from the 1990 level by 2012. The US contributes nearly a fourth of the world’s greenhouse gas emissions, which have devastating effects for developing countries such as India. At the 33rd G-8 summit, the issue received wide focus, but because of Washington’s non-obligatory stand on greenhouse gases, it failed to get positive response. Thus until and unless solid steps to curb greenhouse gases’ emissions are taken, no one can say what shape globe and its environment will take in next hundred years.