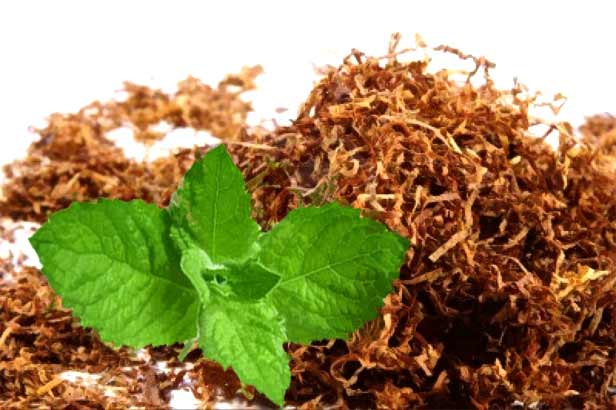 Tobacco is one of the leading preventable causes of death ill the United States. Nicotine, which is an alkaloid derived from the tobacco plant, is a potent chemical that has powerful effects on the human body, especially when administered rapidly or at high doses. Prenatal exposure to nicotine is as­sociated with adverse reproductive outcomes, including al­tered neural structure and functioning, cognitive deficits, and behavior problems in the offspring. At least 20% – 30% of pregnant women are estimated to smoke cigarettes, although smoking is associated with low birth weight, prematurity and infant mortality. In the United States, smoking accounts an­nually for estimated fetal deaths ranging from 19,000 to 141,000, for 1.900 to 4,800 deaths during or immediately af­ter parturition, and for 1.200 to 2,200 deaths from Sudden In­fant Death Syndrome.

Maternal smoking has been implicated in long term defi­cits in infant mental development and adverse behavioral prob­lems in children such as attention disorder. Nicotine crosses the human placenta and has direct effects on the developing fetus. Pre-clinical studies suggest that maternal smoking dur­ing pregnancy produces changes on the offspring’s neural functioning, including reductions in uptake of serotonin, al­terations in dopaminergic systems, alterations in peripheral and central noradrenergic neurons, and changes in DM A and RNA synthesis in the brain. Children prenatally exposed to nicotine consistently score lower in the two subcategories of expressive language and conceptual comprehension.

The relationship between smoking and low birth weight, prematurity, and miscarriage has been well established. The effects of nicotine are seen in every trimester of pregnancy, from increased spontaneous abortions in the first trimester to increased premature delivery rates and decreased birth weights in the final trimester. In 1957, Simpson first noted in an ob­servational study of 7,499 patients that the incidence of pre­mature delivery, as defined by a birth weight less than 2,500g, was twice as great for the smoking mother as compared with the nonsmoking mother. A similar study by Walsh concluded that the smoking mother is at two-fold increased risk for de­livering a low birth weight infant than her nonsmoking coun­terpart.

The birth weight of a baby is dependent on two factors: the gestational age of the fetus at the time of delivery, and the rate of fetal growth up until that point. Nicotine has been shown to affect both of these factors. The average birth weight of infants prenatally exposed to nicotine is 100 to 320g lighter than their unexposed counterparts. Therefore, the rate of delivering a low birth weight or premature infant has remained consistently increased over the past four decades despite ad­vances in prenatal and neonatal care.

There is an overall increase of 33% in prenatal and neonatal mortality when women smoke during their preg­nancy. This increase in prenatal mortality is primarily a result of the increase in low birth weight and premature delivery rate seen with tobacco use in pregnancy. The risk of sponta­neous abortions, as defined by fetal loss before 20 weeks of gestation, is also 33% higher in smokers compared with con­trols.

A study by T. A. Slotkin, on impaired cardiac function during postnatal hypoxia in rats exposed to nicotine, proposes that maternal smoking correlates highly with parturition/ neonatal death including Sudden Infant Death Syndrome (SIDS). Nicotine exposure of fetal rats reproduces the in­creased mortality when animals are tested postnatal with hypoxia. Rats exposed to nicotine prenatally show an impaired adrenomedullary response, as well as alterations in brain-stem noradrenergic mechanisms that are likely to participate in cardio respiratory control. Prenatal nicotine exposure reduces cardiac reactivity to circulating catecholamine’s and to sym-pathetic neuronal stimulation and may promote cardiac cell damage affecting the reactivity to hypoxia.

The loss of neonatal hypoxia tolerance caused by fetal nicotine exposure results in part from interference with the maintenance of cardiac function. In nicotine-exposed rats, the initial tachycardia was absent and the decline in heart rate was much more rapid and profound. It was found that prena­tal nicotine treatment may alter the differentiation and func­tion of cardiac cells such that pacemaker diastolic depolari­zation is blunted during hypoxia. Nicotine can interfere with catecholamine actions which, when released by hypoxia, are essential to maintain neonatal heart rate. Prenatal nicotine exposure blunts the ability of the neonatal adrenal to secrete catecholamines in response to hypoxia. As the neonatal heart lacks functional sympathetic innervations, there is virtually complete dependence on circulating catecholamine’s derived from the adrenal medulla in Older to maintain-the heart rate response to hypoxia.

If comparable changes are seen in men, then the results provide a casual explanation for the increased prenatal morbidity and mortality seen in the offspring of smoker. The fetal environment is relatively hypoxte, and corresponding cardiac functional deficit would then contribute to the high incidence of fetal mortality. Just as impaired cardiac function during hypoxia in neonatal rats can account for the increase in mortality with prolonged hypoxia, comparable effects in man would provide a mechanism for cardiovascular collapse and consequent brain damage or death during delivery.

The consequences of smoking during pregnancy are very dramatic. If clinicians arc able to convince their patients to stop smoking early in their pregnancy, a major impact may be made on the incidence of low birth weight infants, prenatal morbidity and mortality, as well as cognitive deficits end behavioral problems in the offspring. A strong statement has to be made on the issue of tobacco exposure during preg­nancy. This could be accomplished by informing women that their infants may not only be Smaller” than their nonsmok­ing counterparts, but their infants may also have transient or permanent changes in their lung and brain ultra structure. A patient who is informed of these possible long-term effects of nicotine on her child may be more successful with her smoking cessation.